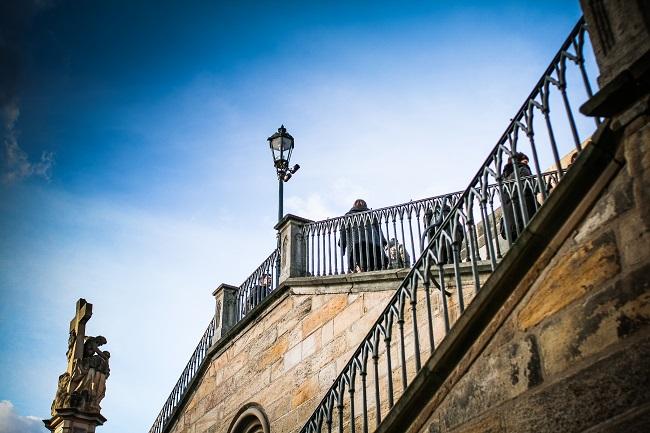 It’s great to have new and unique ideas, it’s even better when they’re constantly flowing through you, and you’re always able to come up with something new. It’s definitely not a very common talent, in an age where people depend on one thing just a tiny bit too much.

You have a great idea? What are you going to do to make that idea happen?

I want to show you seven, easy to follow tips on making ideas happen. It’s nothing revolutionary, but it’s certainly going to give you a good start on the matter.

The hardest obstacle you’re going to face, when it comes to making ideas happen is that it’s easy to get distracted, and before you know it – you’re working on a new idea, without giving the right amount of energy to the previous one.

I was reading this post from Scott Belsky, who is the author of ‘Making Ideas Happen: Overcoming the Obstacles Between Vision and Reality‘, and while it’s a great post – with some really great advice, there are simpler ways to look at things.

I also believe that it was meant for a very specific audience, and the key takeaway was what I’ve already said at the beginning of this post: to invest the right amount of time and energy, in order to see things unfolding.

“Everything in life should be approached as a project. Every project can be broken down into just three things: Action Steps, Backburner Items, and References.”

You’re producing great ideas, but not sure what to do with them? Let me introduce you to my seven secret ingredients on how to make stuff happen.

Decide on The Idea

This is the most important part, because you’re engaging both intellectually and emotionally with the new idea, and you’re acknowledging to your mind that it’s something you’re going to be focusing on. Make a clear decision, which of the many ideas sound most appealing to you, and understand that it’s your duty to nurture that idea.

Go Over Your Options

In this phase, you’re understanding the idea and the concept more, and a very common thing to happen at this stage is that you’re going to have to make choices. Look for options, and never spend too much time in this phase, the mind loves to discuss options with itself – you’re obviously just trying to stay away from doing actual work.

Look for a Solution

The third step is to acknowledge that some of the options are more difficult to solve, or find than others are and so the need for a solution is going to kick-in. Again, do not waste too much time on this and look for a good solution to your problem. It’s possible you’ll find a partner along the way, it’s possible you’ll have to learn something new yourself, whatever it is – don’t let it put you down.

Create a clear goal in your mind, and write it down on a piece of paper. Understand that in order to move forward with your ideas, you’ll have to set goals and accomplish them. It could be as simple as putting together some educational material, and learning from that. Ideas come in many forms, and often the most exciting ones requires of us to learn more about something.

At this point you’re discussing this idea with more than just yourself, and so feedback and clues are bound to make their way into your life. Avoid shortcuts, and look for ways to solve problems yourself. Always be open minded about that what people think of your project. It’s only their opinion, and it doesn’t interfere with the bigger picture in any way, unless you let it.

Make it a Fun, Enjoyable Experience

Who likes to do something they don’t love? Who likes to force themselves to do something? You guess right, nobody. You’re not an exception, and in order to make your ideas happen – you need to focus on making the process an enjoyable experience, if possible – for everyone involved. Most important though, yourself.

Don’t Worry About the End

It’s more than likely that there is no actual end to what you’re doing, there can be milestones and your own projections of an end. With this in mind, always focus on the present and what is going on with the idea right this moment. Think of ways to improve it, and avoid procrastinating the next step. Whatever you’re doing right now, is whatever needs to be done.

I hope you were able to relate, and felt inspired to start something new. It’s never easy, and like many people have said already – anything worthwhile doing, is going to take a lot of hard work and sweating before it starts to pay off. Making ideas happen is one of the most exciting things in life, as it allows us to express ourselves through our creativity, and our own personal view of the world.

How to Make Google the Default Search Engine on Chrome