Doesn’t matter if it was an elective in your college senior year or they recently made you aware of the hype surrounding the topic. The field of ethical hacking includes a plethora of opportunities and that’s why more and more people are being captivated by it. Once they develop a predilection for it, then they take the next step to engross themselves in White Hat hacking (a term used to describe ethical hacking).

Since most universities and colleges cannot provide it as a full-time course, it usually comes as an elective with a few autonomous courses, mainly related to engineering. So, most people train themselves to be proficient at it, usually with books. Which is why it is imperative to decide which books would serve as the best way to train oneself with ethical hacking.

The presence of the word ‘Ethical’ helps ease their minds, mainly those who cannot comprehend hacking p. Ethical or White Hat hacking is the process of detecting, analyzing and improving the fragile areas in the system. They are hired by the organizations for that purpose and are given permission to examine the sturdiness of the systems to avoid possible caving of the safety features. This is in contrast to the black hat and grey hat hackers who are not given authority to hack into their targeted systems.

It confuses most people about the right books to study to attain knowledge about Ethical Hacking. There are numerous books present today that deals with understanding this subject. However, These are our best picks if you wish to accomplish a better understanding in this field, both as a rudimentary student or planning to take advanced courses. 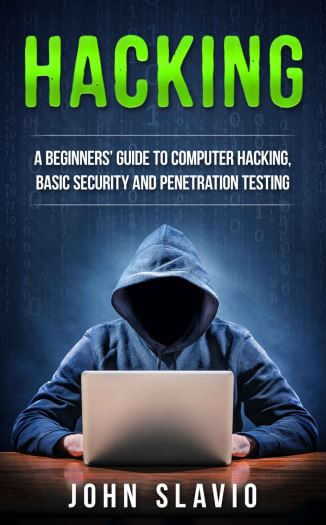 An excellent read for starters in Ethical Hacking. Those who are not familiar with the basic terminologies associated with White Hat hacking should definitely opt for this book. Its best suggested initiating your training with theoretical knowledge and this book will provide plentiful resources for that. This book includes:

With 92 pages of basic understanding, this will be the first stepping stone towards the ocean of Ethical Hacking. 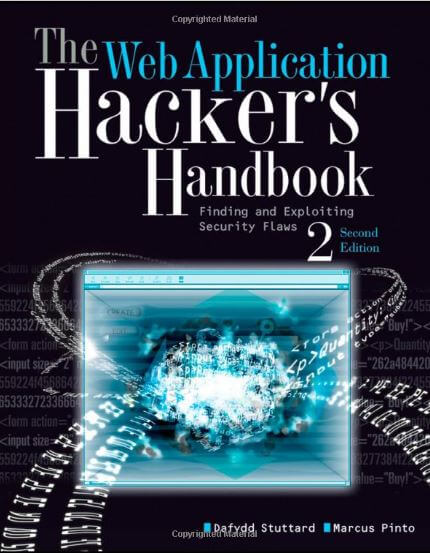 It entails 912 pages of detailed instruction for step-by-step techniques of striking and shielding the constantly evolving web applications. Through this book, you’ll come to explore a variety of new technologies that have been updated since the first edition. It will show you how to overcome malicious assaults and defending web applications better against attacks that have come out since the previous edition.

It examines and discusses new remoting frameworks, UI redress, Framebusting, HTTP Parameter Pollution, Hybrid File attacks, HTML5, cross-domain integration techniques and more. It also features a website hosted by the authors themselves that let the readers try out sample attacks on the website, gives answers to the questions attached at the end of each section, and provides a methodology and checklists of many tasks. The primary focus of this book is the areas of the web application that went through significant changes in recent years and to discover, exploit and prevent those weak areas. 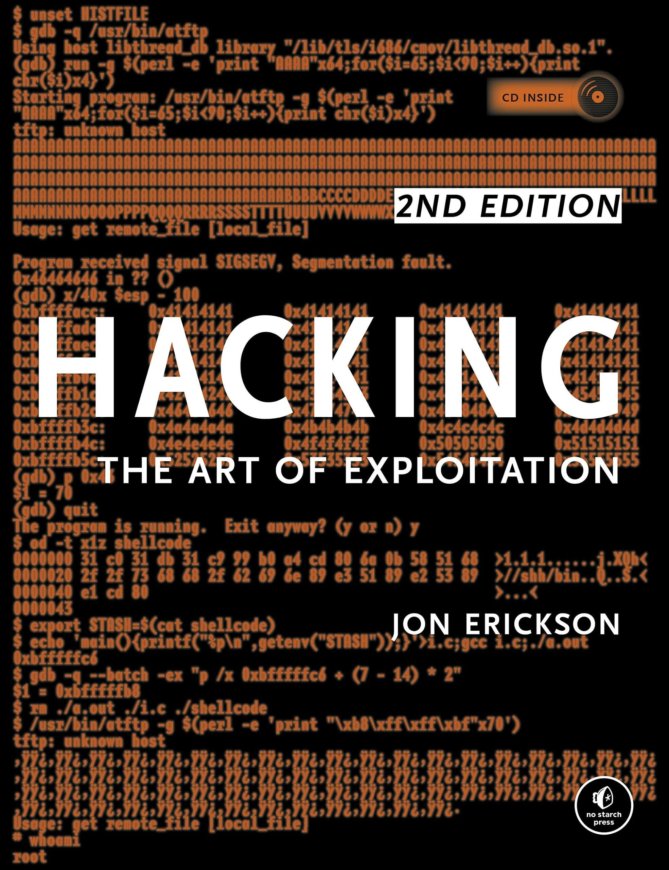 The writer is a computer security expert and has a skilled background immersed in computer science. As of 2011, he was known to be working with the designation of a Vulnerability Expert and a Computer Security Specialist in California. He came up with the first edition in 2003 and finished his 2nd edition by January 2008.

If you are planning to take up arms and battle in the career option of Ethical Hacking, this is a must read for you. It deals primarily with the issues a typical White hat hacker faces at the start of his career. Going through it will give you a sufficient idea on how to do your work more meticulously. Here Jon Erickson attempts to explain occult-like hacking techniques that reap the right outcome.

The book includes a LiveCD that provides a complete Linux Programming and debugging environment-all without the need to modify your current operating system. It introduces C learning from the point of a hacker to share the science of hacking with anyone pursues it. This book will help you to: 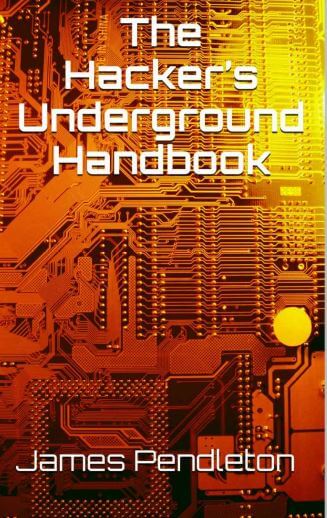 If you plan to advance your career by becoming an adept hacker who knows a lot about advanced forms of hacking, this will be a great addition in your personal library or kindle collection.

Not only will this book help you in gaining ideas about taking preventive steps against hacking but also make you think from the point of a hacker. The table of contents includes an introduction section where one is familiarized with what a hacker is, how to become one and how to strategically climb the hierarchical ladder of White hat hacking.

It also entails the steps needed to crack passwords and countermeasures that will serve to protect passwords of web-applications. Also, it has concepts like footprinting, port scanning and Banner grabbing which are methods of finding open ports through which information about the system’s weakness and other information can be documented. Hacking into a wireless network, windows system and web network, and accessing information from them without permission are explained here. 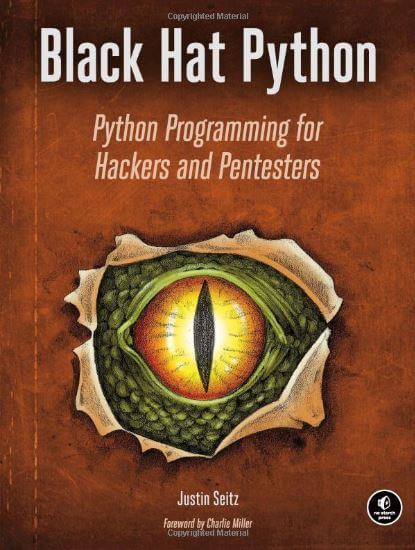 Using this book, your ability to create robust tools to performs apex tasks of hacking will be indispensable. 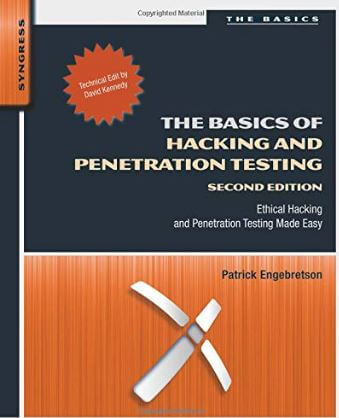 This book covers all the fundamentals of penetration testing and hacking. For people, nescient in this field, this book offers a wholesome understanding of hacking. It teaches its readers how to properly use and interpret the outcomes of most modern day hacking tools that are essential to conclude a penetration test.

The book uses easy language on how to effectively utilize these tools and techniques with a four-step methodology to attempt a penetration test. It helps students to be equipped with the knowledge needed to jump-start their career at offensive securities and other subsets of ethical hacking.

There are innumerable examples throughout the text that are designed to interpret results and use the same for later phases. It covers tools such as:

The author himself is a penetration tester and teaches offensive security, penetration testing, ethical hacking, and Exploitation classes at the South Dakota University. 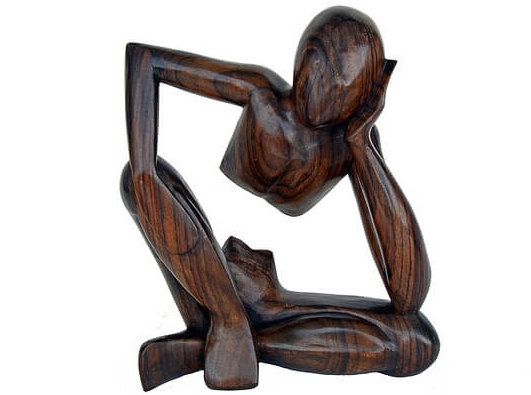 Ethical hacking is a constantly adapting field where new weaknesses of a system are updated and worked on to abet future crisis. Similar to Machine Learning, new data is always fed and upgradation occurs to strengthen the existing safety features. There are always YouTube tutorial videos to give a better understanding. So, if you are seriously passionate to learn more about this field, these books will be the best to help you accomplish your goal of becoming an ethical hacker.

In order to learn all the required concepts of ethical hacking such as password cracking, scanning network, enumeration, system hacking, sniffing, DOS attack, SQL injection and others, then you can opt for Ethical Hacking Ultimate Online Tutorial.

Trends in Artificial Intelligence and Machine Learning to Look for

Text and Drive? Not a far-fetched reality anymore!