One of the most trending and highly used programming languages, JavaScript has its own sets of advantages and 1 incredible history to read about. Another major important thing of this programming language is its ever-growing tools, libraries, and frameworks with each one being different from the previous one. One such library is React which is also sometimes referred to as React.JS or ReactJS. It is no ordinary library as it has taken JavaScript to unimaginable heights with all its features and usefulness in terms of web-app development.

Launched in 2013, React has quickly managed to win the hearts of developers from all over the world. Currently, it is maintained by Facebook and other developer community and is already used by leading companies including Facebook itself along with Apple, PayPal, Netflix, Dropbox, Airbnb, IMDb, Tesla Motors, Walmart and over 32 thousand of other websites.

If you have no prior experience in React, try the “React for Absolute Beginners” online course. The course comes with 5 hours of video that covers 6 main sections. It includes HTML Setup, state, props, libraries and much more.

Before jumping directly into the advantages, let’s first have a gist about React.

Generally, it is an open-source library for JavaScript programming language which was created by the collaboration of Facebook and Instagram. Jordan Walke, the creator of React was a software engineer at Facebook who deployed it first on Facebook’s newsfeed in 2011 and to Instagram in 2012.

This library is widely used for building user interfaces like single-page applications (one of the current trends of web developments). It also allows the handling view layer for mobile/web apps and you can also create reusable UI components. React helps developers for creating large web apps wherein data can be changed without any reloading of the page. A library that was developed with the aim of being fast, simple and scalable, React can also be used with the combination of other JS libraries or frameworks such as Angular in MVC.

Another unique feature of this library is that it can be rendered on both, “the client-side” and “the server-side”, and can also work inter-operably. React uses the Virtual DOM concept as well, can create an in-memory data structure cache enumerates the difference, and can update the DOM for the browse efficiently allowing programmers to write code as if the whole page is rendered on every single change.

Despite this now is the time to go in detail about its advantages. It is one of the main questions which pops to every developer and business owner. 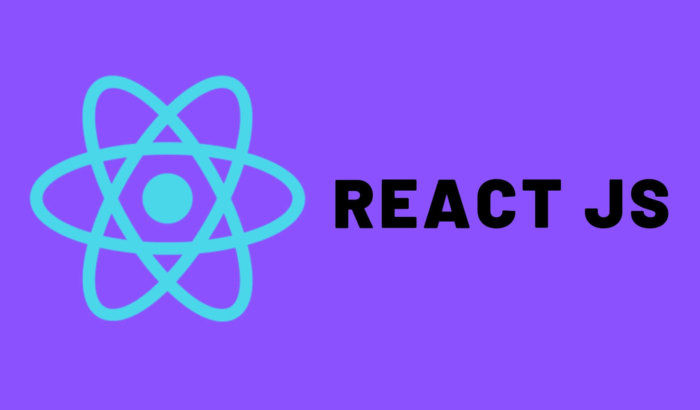 With a robust ecosystem, good support and hundreds of tools making every developer’s life easy, React is one good library which you should know about and use and you can become proficient in it in no time. Like everything in this world has its two sides, React also has its own sets of advantages and disadvantages. But today, we will only cover all its major pros. So, here are the top advantages of React which gives it an extra edge over any other libraries.

JSX is an optional syntax extension to JS that makes the overall process of writing the components much easier. JSX is a mix of HTML and JavaScript and is something that you will want to use with React. It accepts HTML quoting and makes sub-component rendering easy. It makes your source cleaner and simpler by providing a set of shortcuts for writing React.createElement with few rules.

JSX can be very useful in creating custom components or building high-volume applications. It excludes typos in large tree structures which makes it easier to convert from HTML mockups to ReactElement trees. Moreover, it also provides error messages, warnings and prevents code injections.

For a lot of people, updates can be a headache because complex logic and changes in any component can affect others. To tackle this issue, Facebook has created React in such a way that it has the ability to reuse system components and according to developers, it is one of the best features of ReactJS.

Designers also, re-use the assets by typically reemploying the same digital objects. You can begin with the finest components like button, checkbox or any other than move to wrapper components having all the tiny elements and can move ahead till the main or root component. All these components have their internal logic making easier for developers to manipulate and define them. This ensures a consistent look for the app and also facilitates codebase and growth.

It is always very important to consider how the structure will impact the overall performance of the app while building a high-load application. The majority of the current platforms and engines can’t ensure the absence of bottlenecks, mainly because of the document object model (DOM) has a tree structure and even minute changes at the top layer can result in awful ripples to the interface. In order to solve this issue, the development team of Facebook has introduced a virtual document object model which is an added advantage of using React for heavy loaded and dynamic software solutions. It is one of the coolest features of React.

Virtual DOM, as the name suggests, is a virtual representation of the document object model wherein, all the changes were done to virtual DOM using a diff algorithm is calculated with the minimal scope of necessary DOM operations. Lastly, the real document object model is also updated accordingly which ensures that the minimum time is consumed in the whole process guarantying a better application performance and good user experience. Although, the actual process is a bit more complicated.

4. Unstable code is the thing of past

React guarantees stable codes as even the small changes which take place in the child, structures don’t affect their parents as it uses a downward flow of data. For changing an object, developers just have to modify its states to make any changes and this results in updating any particular components. This type of data binding results in stable code with continuous application performance. 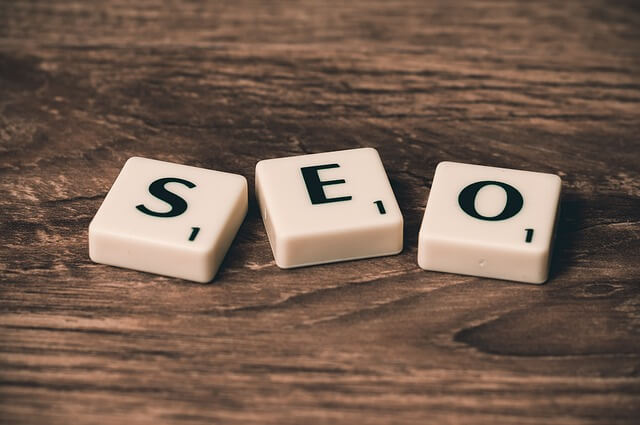 Another major advantage of using React is that it is SEO friendly. It provides the ability which can deal with a common search engine failure for reading heavy JavaScript-based applications. It is designed in such a way that React can run on the server, render and can return the virtual DOM to the browser as a regular webpage.

Despite all the recent updates for Google, there are other platforms like Yahoo, Bing or Baidu, where React can be useful when it comes to SEO.

React comes with the helpful developer toolset which makes learning and using new technologies for your next project fun in the development environment. It comes with some of the most useful developer tools created for debugging and design. All these tools are generally browser extensions which are available for both Google and Firefox enabling developers to observe or monitor some important aspects of development i.e. for observing reactive hierarchies, discovering child or parent components and inspecting the current state or props.

It can be and is often called a “learn once- write anywhere” library because it follows the same design patterns for both mobile and web application development. This facilitates the whole transition process. With JavaScript and React, you can easily create a rich user interface for native applications that are supported by both Android and iOS platforms.

Among many other advantages, which React provides for mobile app development, the highly praised one is its portability and ability to reuse components, open-source, real-time reload and modular architecture, and a generous ecosystem. When it comes to the applications created using React, some big names like Skype, Tesla, Airbnb and Walmart leads the list with hundreds of other applications.

Often people confuse React with a framework but it is not a full-featured framework but a library that was created to do a particular task efficiently and effectively. You can refer it as V in the MVC model i.e. model – view – controller pattern. You generally use far more tools for making any complete solution. Any or most of the developers knowing JavaScript can get insights into the basics and build a superb web application within a few days upon completing the tutorials and other docs. This is the major reason, why developers love using React as it does not impose any templates or patterns or complex internals or architecture like any other MVVM or MVC. The only thing which is required for developing an app using React is that you should be familiar with all its props, states and life cycles.

For this, it comes with a good number of tutorials, training courses, and documentation. Anyone hailing from the JavaScript background can understand and use React in no time. There are also other training options like formal or informal classes with the number of books like O’Reilly and others on Amazon which you can take.

9. The strong community behind it 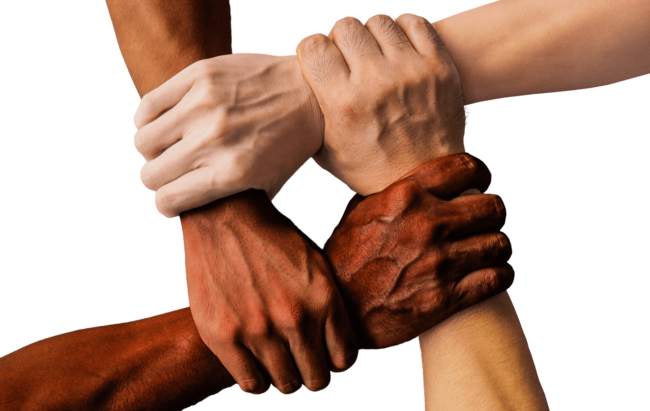 It is backed by the strongest community comprising of experts throughout the world. At first, it was created for internal use only but later it was shared with the whole world. Of course, apart from Facebook and Instagram engineers, it boasts the support of an extensive number of external experts who are always ready to make a developer’s life easy. Going by some statistics, it has over 1100 contributors on the React GitHub repository and also its users can discuss their doubts, queries, and questions on various platforms like Stack Overflow, social media platforms, Discussion forums, Reactiflux chart, Freenode IRC and others.

10. Used extensively by big companies and gazillions of startups

React is currently used heavily by both Fortune 500 companies and innovative startups for the development of their applications, websites and internal projects. Today, there are also apps with over millions of users like Tencent QQ, Baidu, Bloomberg, Gyroscope, GoDaddy, Khan Academy, Lyft, New York Times, Reddit, Mochi, Intuit, American Express, Coursera, BBC, Dailymotion, PayPal and others who are using it.

Considering all its boons and usefulness, React can easily be summarized as a non-risky, advanced and responsive way for developing web or mobile applications for developers all over the world. The main idea for creating React was to build large-scale apps with data that can change regularly with time and indeed, this library successfully lives up to all the expectations. It provides all the developers to work with Virtual DOM which is more fast and user-friendly than the older or regular DOM. Apart from this, with React, you can also easily create interactive UI, JSX support, component-based structure and much more. There are certainly other nice features of this library but these were my top advantages of using React which also makes it a number one choice for all the startups and enterprises. Lastly, it is also very easy to learn and use- so what are you waiting for? Go and Give it a try and see whether you find it effective or not.

What is Graphic Designing And its Types?

Top 10 Ways to Get Funds For Your Dream Business