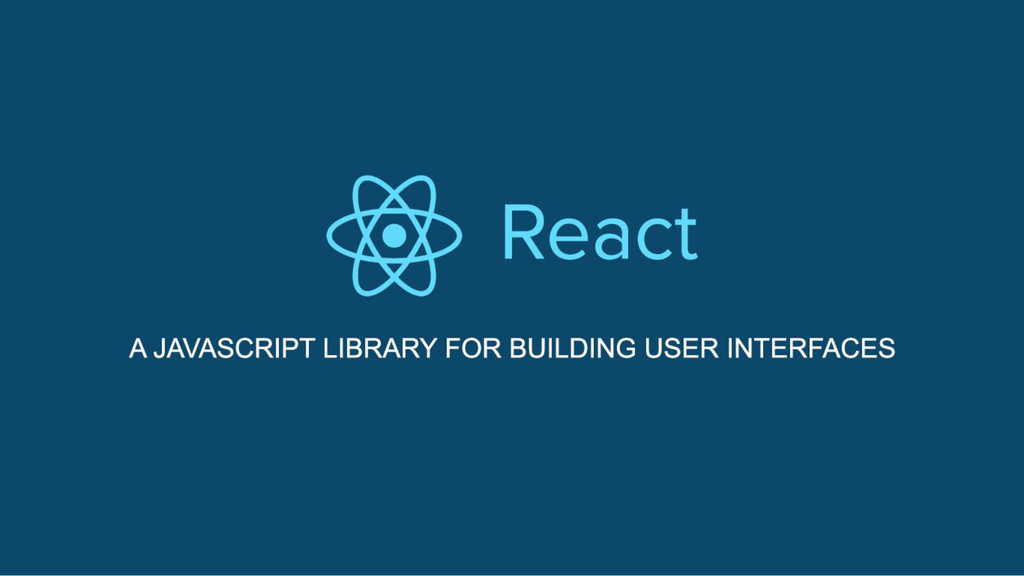 React is a quickly evolving JavaScript library that lets developers build fast user interfaces, since the launch of React, it has quickly managed to become one of the most sought after frameworks in the category. Even though it is incredible easy and simple to work with React, a lot of the community members are still arguing about the actual benefits of throwing everything away and settling for a single framework.

To followup on that, it seems that the main argument right now is that React isn’t a full-stack framework, unlike Meteor (learn about Meteor here) and AngularJS (comparison between React and Angular here), and so there hasn’t been a full-adoption just yet. And also, the syntax is a mix of JavaScript+HTML which the community can get quite fussy about. That’s about it, for the current view of the majority of people on this library.

ReactJS itself is a JavaScript library built for building web components and interfaces (same thing), and perhaps a post such as this one will be much better at explaining the constructive side of ReactJS; as written by a software engineer with a healthy ego! And here is another one that discusses as to why React has become so significant. Everyone has their own views, what are yours?

Just to let you know, this post is solely aimed on focusing at the basic tutorials/resources necessary to get started with the ReactJS framework, everything else will be thought about and published in future editions, please do leave your suggestions and ideas in the comments and I’ll do my best to work them out.

The best place to start for any framework, programming language or library is with the documentation. The documentation is where the early adopters got their experience with React, and it is where a lot of the tutorials we see today are coming from, the documentation outlines the possibilities of React, but the ability to stitch it all together in a creative manner is all up to you.

2. A quick start to React

A quick-start guide is always a good place to start, there is enough code and examples given to get you started up straight away, it gives you a glimpse of what the original developer is thinking, and it probably also gives you the permission to ask questions to that particular developer, which is always nice.

This article will give you a quick overview of how to build user interfaces in React JS. There’s just enough to get yourself started and nothing more. Code along with this starter kit (instructions in the repo) or just read along.

Even though we already have one quick start guide, it’s good to have another one just to compare styles and the workings of two different devs. Also, the design is cool.

Are you a frequent user of the website Hacker News? Chances are that being someone who is interest in ReactJS, you indeed are. Now is your chance to learn React by building one of your favorite websites, the tutorial is laid out fully on the GitHub page linked above the picture, so don’t wait up and get right into it.

Any programming language or framework will have a list of best practices, it’s inevitable. Developers are thoughtful people, and sometimes best practices can be used as a means of having everyone follow a set of rules that make coding easier, as well as understanding of the code easier. It’s quite short best practices this post, but there are also some insightful comments that I think a lot of you will find useful.

Great site, especially if you’re a video learner. The BigBinary team offers a few short React videos that are accompanied by a specifically built widget to help you interact with code in real-time, perhaps an approach that Codecademy should consider at some point in the future.

This is a site that is built by someone who previously worked at Facebook, and actually was one of the people on the team of React development. His website Build with React is all about sharing weekly stories, tutorials and tips that will help you to become a better React developer. Great design as well.

The chance to attend React.js Conf this year has passed already, but luckily the event was recorded in full-hd video format, and so all of the talks are available for reviewing online, and as we can see, Facebook has taken care of that task by enlisting all the important talks in one page — this will help you to catch up with the framework at a rapid pace.

Now that we’re getting to the end of the post, it’s time to unleash the beast. This is an amazing tutorial series (still a work in progress as well, but three parts are available) that dive as deep as it goes within the React framework, and give you an insightful look at how to build great apps without losing precious time.

The last resource on our list comes from the guys over at Scotch, a nice introductory tutorial on how to use React to build your mobile applications, another market that is quickly evolving and becoming profitable. The app you’re going to build is going to be a Flickr API app that will let you view your photos in a photo gallery, pretty neat.

You got to love the open-source movement, and you got to love all the people who take their time to write these tutorials and share them with the world, sure — they’re learning themselves from it all, but it’s still amazing to have so much resources of learning available at zero cost, perhaps a tweet or a share on facebook is the least of the things we can do to repay to these amazing people. Hopefully this roundup will be of use to you now and in the future.

15 Directives to Extend Your Angular.js Apps