For any beginner web developer, the question that always comes to mind is this – which language should I use for my web development projects? Many factors come into play when deciding which language to use during development, for example security, speed, adaptability, among others. In this article, we are going to take an in-depth look at three of the most popular web app development languages:- PHP vs. Python vs. Ruby on Rails. I will do a very detailed and fact based comparison of these languages based on different parameters which are important especially to a beginner web developer. I cannot say which is the best, but with all the pros and cons of each language that I will highlight, one will be able to make an informed decision.

Popularity and usage data of a programming language gives a picture of just how far the language has penetrated, and in a way shows its acceptance in the tech space. This is very important as the usage in a way ensures continuity and relevance of the language. Considering that the three languages have been in existence for almost the same number of years,
PHP- released in 1995,
Python – released in 1991,
Ruby on Rails- released in 1995,
PHP usage has been high and to this date, it remains a favorite for many developers as it is a classical language and was specifically developed with emphasis on creating dynamic web applications.

Also on that line of thought, it would be important to also have a look at some of the most robust web applications currently in the market and find out which language was used in their development. Until now, many clients choose PHP including big names such as Wikipedia, Facebook and PixelCrayons are among some of the top rated and widely used websites that were developed using PHP. For Ruby-on-Rails, we look at clients such as Twitter, Hulu, among others. On the other hands, Google’s search engine as well as YouTube were developed using Python. As one can see, in the market, there is diversity even in the most popular websites.

When Rasmus Lerdof, Yukihiro Matsumoto and Guido Van Rossum decided to develop PHP, Ruby-on-Rails and Python languages respectively, they had different purposes which they hoped their languages would be used for. PHP in its case was developed to create dynamic webpages, while Ruby-on-rails was developed to make programming less complicated, more fun and adaptable with a new school kind of approach. As for Python, it was developed to focus on enhancing productivity and make it easier and more compact to read the lines of code. So depending on one’s purpose and preference they can choose which of the 3 to use.

Usability is a key factor to be considered when choosing languages for use. Considering that web interfaces have a link between the servers and the users, hence a language with high usability is very vital in developing robust, powerful and high performance applications. PHP is a very well documented language with a very classical approach, while Python in its case follows very strict indentation guidelines, but with the easiest ability to read the code. According to most programmers Ruby code is very powerful, with very high usability which may be attributed by the fact that its based on the principle of least astonishment, making it less confusing to the clients.

For a beginner web developer, one of the most important parameters to consider will be ease of learning. Programmers may be at different levels and if one has no background on any programming language, they may have limited options and ease of learning compared to one with some experience. A programming language is considered easy to learn if it is easy to understand and also has easily understandable code. Based on this, for potential web developers with no prior knowledge of any language, Python offers the easiest learning experience followed by PHP. As for Ruby, it may be easier for developers with prior programming, but not beginners.

The performance and robustness of a programming language is very critical and important. Languages with high performance, responsiveness, enhanced security, and high execution speed are highly desirable. The number of lines required to execute a certain function differ from language to language, and the run time taken to execute also differ. PHP and Ruby have somehow faster run time compared to Python. In terms of security, which is very important so as to safeguard user information. Applications built entirely on PHP are generally considered less secure and more vulnerable to hacking. While platforms built on Ruby and Python tend to have some element of less vulnerability. Another important aspect to consider in performance between PHP, Ruby-on-rails and Python is the database support the web development languages offer. Of the three, PHP offers a very wide database support; Python also provides extensive support but has some few limitations to it. Same case with Ruby-on-rails which offers support but cannot match that of PHP. So based on those parameters, it seems PHP has an upper hand when it comes to the performance criteria we have looked at.

Continuous development and updates are key in ensuring that a programming language remains adaptive to the current trends, relevant and resolves some of the emerging issues that developers are facing so as to ensure growth. The newer versions come with more evolved functions fit for the fast changing digital world. It is kind of hard to really say which of the three languages receives the fastest updates, but from the literature and facts I have had a chance to review, PHP and Python seem to have very fast development and updates compared to Ruby-on-rails. Also in terms of support, we also consider support from peers, from fellow developers and programmers. Hence, a new aspect comes into play, how easy is it to get discussion forums to assist in solving queries. Between PHP, Ruby-on-rails and Python, which is the most discussed programming language? According to the data, Python enjoys a wide discussion coverage. This in a way enhances support which is critical in web development.

Programming is not just for fun, the other obvious more significant reason is for financial gains. Hence the aspect of employability comes into play. Of which employability depends on the number of available jobs in the market. Closely linked to this is potential earnings which depends mainly on demand and availability of professional programmers in the specific field. PHP enjoys a wide usage hence has very many job postings and as so, it happens to have very many programmers specialized in the language. Python and Ruby-on-Rails are yet to have dominant presence in the market.

In order to have a better understanding of PHP or Python or Ruby-on-rails web development, one needs to analyze the strengths and weaknesses of each of them based on the expectations one has.

a) Limitations of PHP.
• Its syntax which has great influence from C/C++ and Perl, has lots of symbols for example curly braces and dollar signs making it easier to make mistakes in case of omission.
• Not very friendly for developing complex and extensive applications as it is not very modular.
• PHP in its very nature is a scripting language, hence not object oriented.

b) Limitations of Ruby-on-rails.
• Ruby is a difficult language to learn especially for beginners.
• Ruby has limited informational resources
• Ruby has a slower processing time in comparison to PHP and Python.
• Updates and support for Ruby-on-rails language is kind of lagging behind compared to the other two languages.

a) Advantages of PHP
* Beginners have an easy time learning PHP as the syntax is closely related to C, C#, Java etc.
* It is very robust as it has a wide database support across multiple servers like Apache, Microsoft IIS, Netscape among others.
* PHP is highly used and accepted in the industry compared to the other programming languages.
* Directly hosting a PHP based website is easy and is also a plus for the language especially for beginners.
* For PHP, it is simple to develop a CMS quick even for beginners.

b) Advantages of Ruby-on-Rails.
* Ruby is the most object oriented language of the three.
* Ruby tends to have a high usability.
* Ruby code blocks are very high performance.
* In Ruby, everything returns a certain value hence making good for writing functions
* Gem libraries of Ruby make it easier for a programmer to develop a project by borrowing from the libraries.

Conclusion: –
After this lengthy and very detailed discussion, I hope this article offers the much needed information regarding PHP, Ruby-on-rails and Python to help you pick the right language for your next web development project. 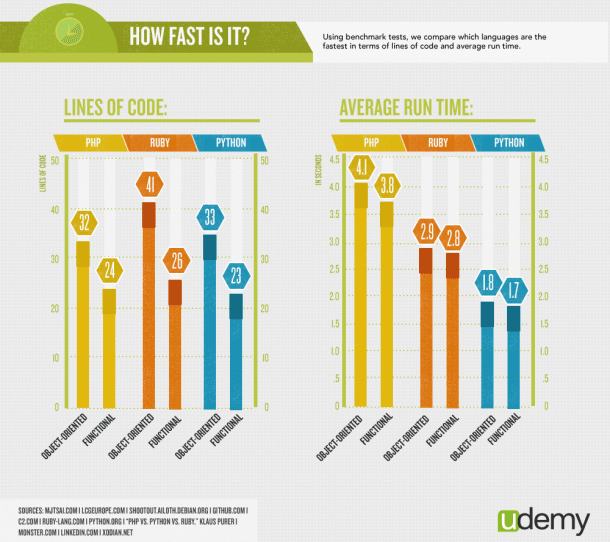 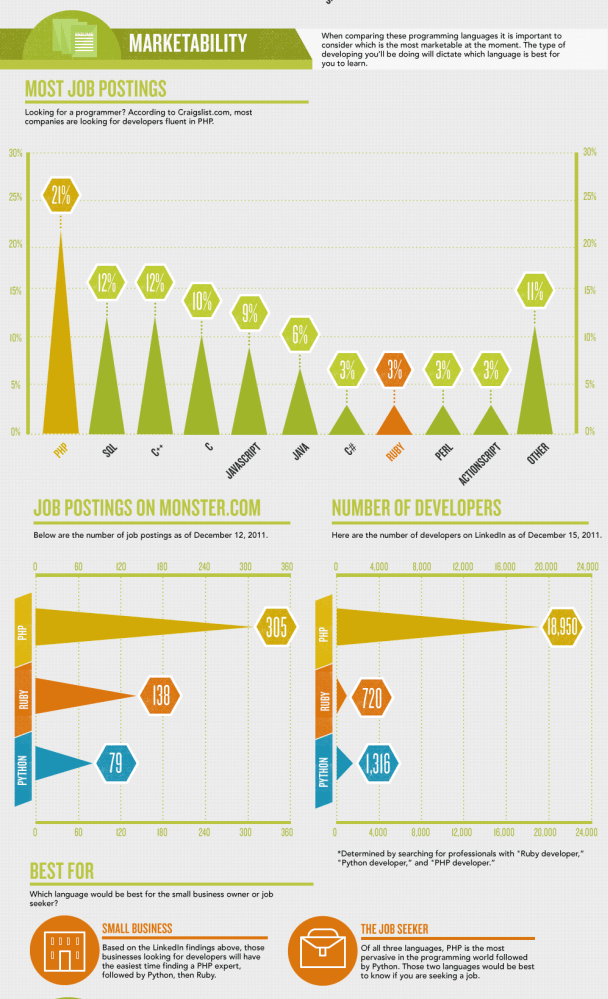 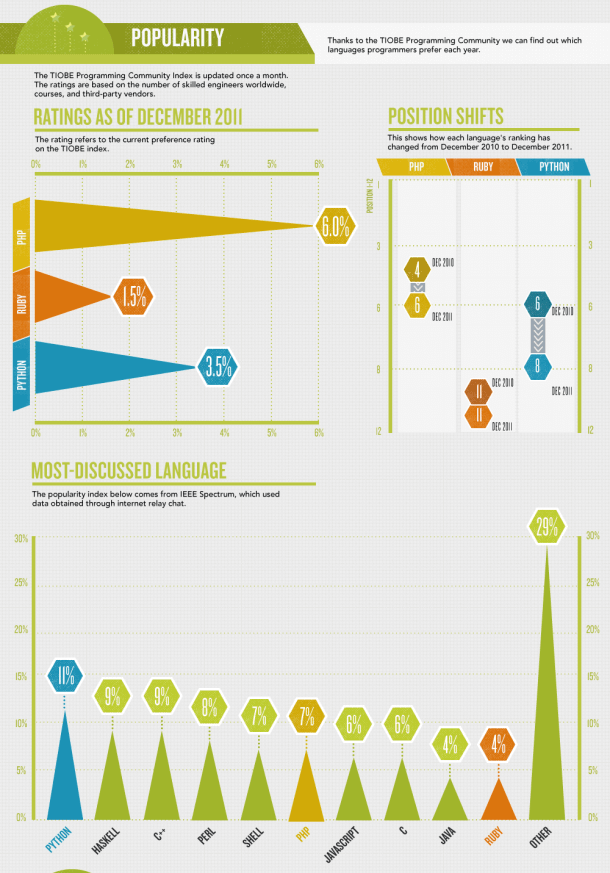 How To Digitize Your DVD Collection

How To Convert 4K Video With No Quality Loss