The natural crude oil will get diminished around 2060 at the current extraction rate according to CIA Fact Book and even energy experts. Most of the fossil fuels that we are exploiting at supersonic speeds took millions of years to form. Besides, the threats that come with fossil fuels such as global warming and health problems have become the order of the day. For many people, the main question is what will happen after that? What alternatives are available? 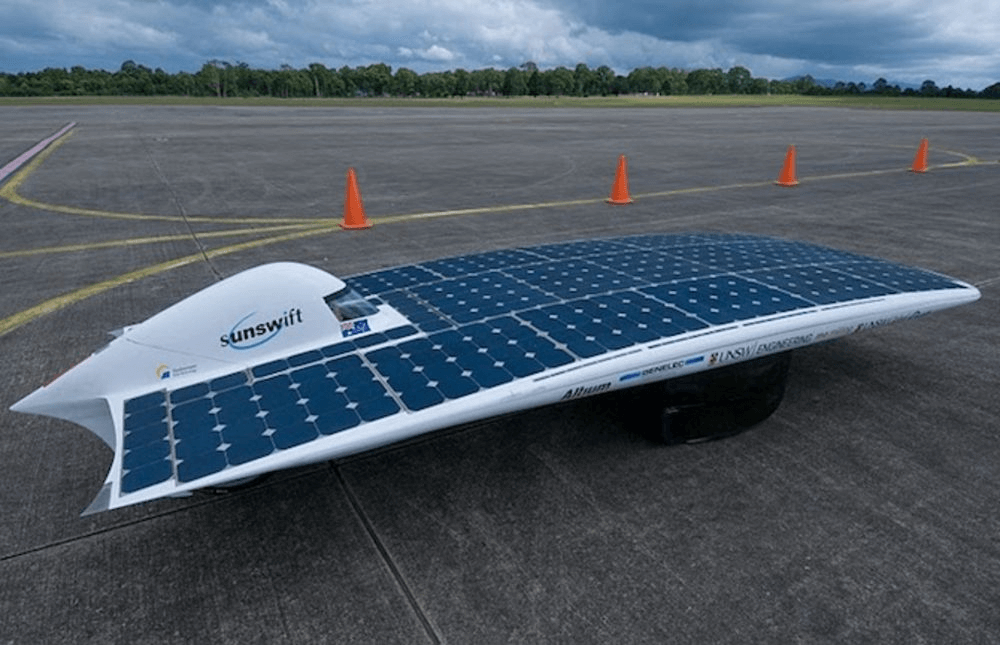 All along, the world has not been short of alternatives. The best of these alternatives is solar power. It is abundant and easy to harness all year round. In this post, we look at the transport sector that is heavily dependent on oil.

The idea of solar powered vehicles is not new. Efforts and trials to set the transport industry on solar energy have, however, been slow and are rarely given the required publicity. Experts appear to agree that the idea was initially boxed into oblivion with mentions that rarely went past trade fairs. 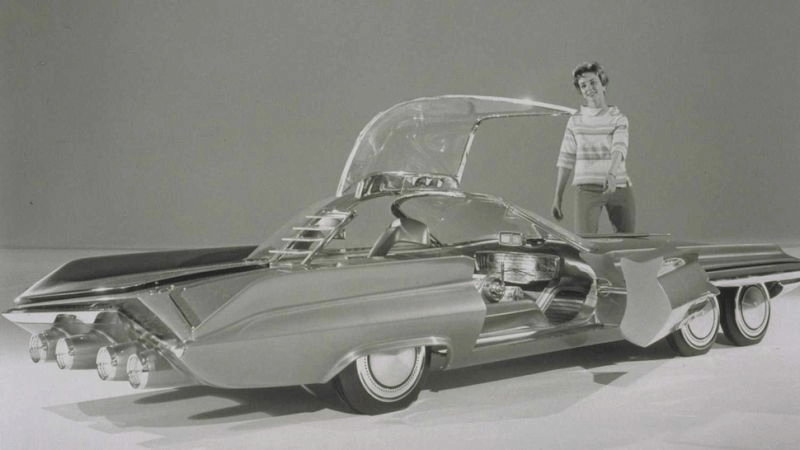 1955 Sunmobile: This was a tiny 15 inches car designed by General Motors and had 12-selenium photovoltaic cells that run a small electric motor.
1962 Baker electric car: Unlike the Sunmobile, Baker’s electric car could accommodate a person.
1977 solar bicycle and a 4-wheel solar car: This car was designed by Alabama professor who used photovoltaic cells to run the car directly without a battery.
1980 Freeman solar car: This car was a three wheeled car with photovoltaic cells on the roof.
1984 Sunrunner solar race car: This racing car set the world record of hitting a maximum of 24.7mph in the Mojave Desert using solar power only.
1987 GM Sunraycer: Using solar power only, the Sunraycer became sensational with an average speed of 42mph.
These trials have created a good studying point and a benchmark on what to anticipate. Recently, use of solar power in the transport sector has intensified as companies take a greater interest in conservation, safety, renewable energy, and effort to address major issues such as global warming. One thing that comes out in the transport sector is that the future is no doubt solar powered vehicles.

Unlike solar powered homes that store power in batteries and use it for lighting, heating water, and cooking, it is different with cars. The solar panels convert energy into electricity, store it in batteries, and use it to run motors. Just like in the past, solar cars use photovoltaic cells that contain silicon to convert solar radiation to electricity before storage.
Unlike with internal combustion system, solar cars are quiet and run smoothly on the road. Notably, the design of a solar powered car brings the dynamics applied in aerospace, automotive, alternative energy, and even cycling. Consequently, it is limited by the demand to get as much energy as possible and storage capacity.
One great example of the solar car is the University of Michigan Solar car. The car was designed by a combination of 100 engineering students and took a period of 2 years. The focus for the car was to win the challenge. They won. Can these cars be translated into everyday use vehicle that people can rely on to go for shopping, work, and holiday? Other solar cars include the Berkeley solar car and the MIT Solar car. 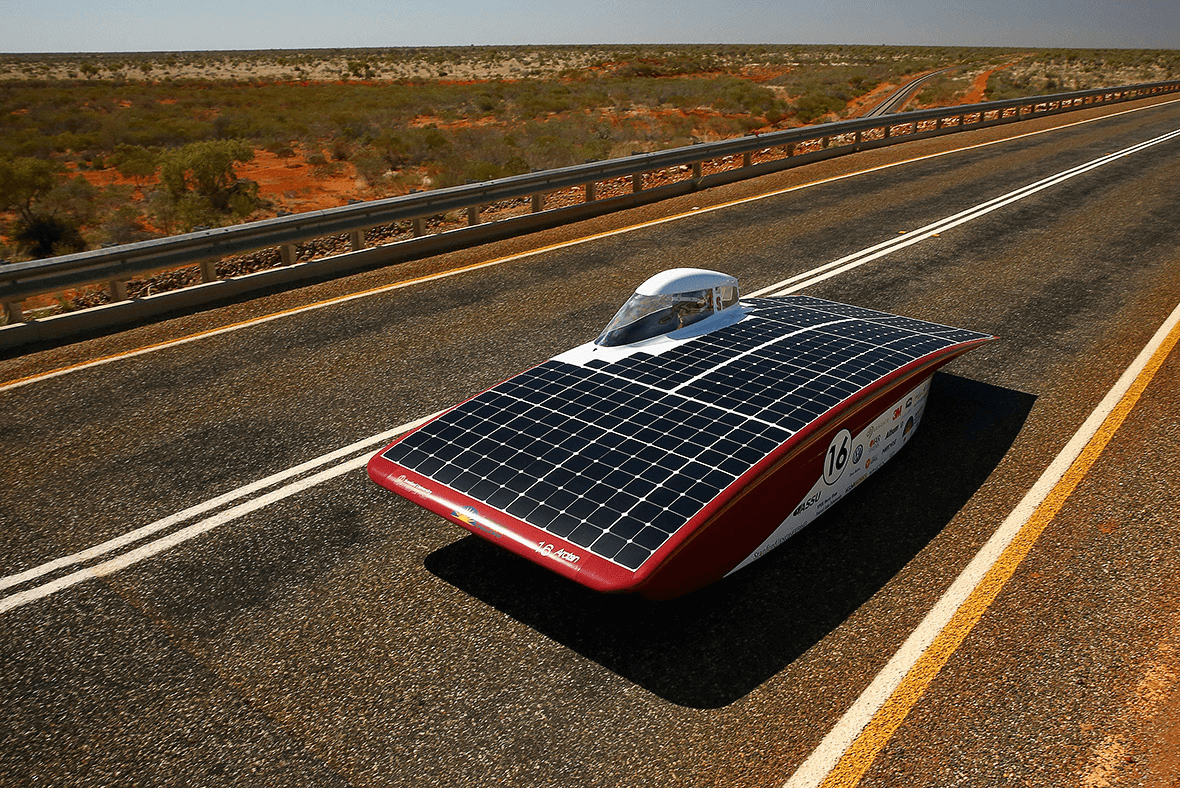 While solar cars are still racing in the desert, the buses are becoming a reality. In the UK, electric buses are already plying the Horrogate and London routes. One notable company that helps to point at the bright future of solar energy is the Bright Yellow big lemon buses. The company has been named for its conservation efforts. All the vehicles operate on waste cooking oil collected from hotels and recycled to form biodiesel.
Today, they are working on replacing all the 10 buses to run on solar panels. By working with Brighton Energy Cooperative, they have a policy of zero emission targets for all the fleets. The project has attracted support from a lot of people, institutions, and government coming in to encourage lower emission alternatives.
In the initial phase, the company targets to generate 30,000 KWH for all the 52 routes between Brighton and Woodingdean. This can only be a predictor of what to come as companies position themselves to appease the clients, operate more economically, and sustain profitability. 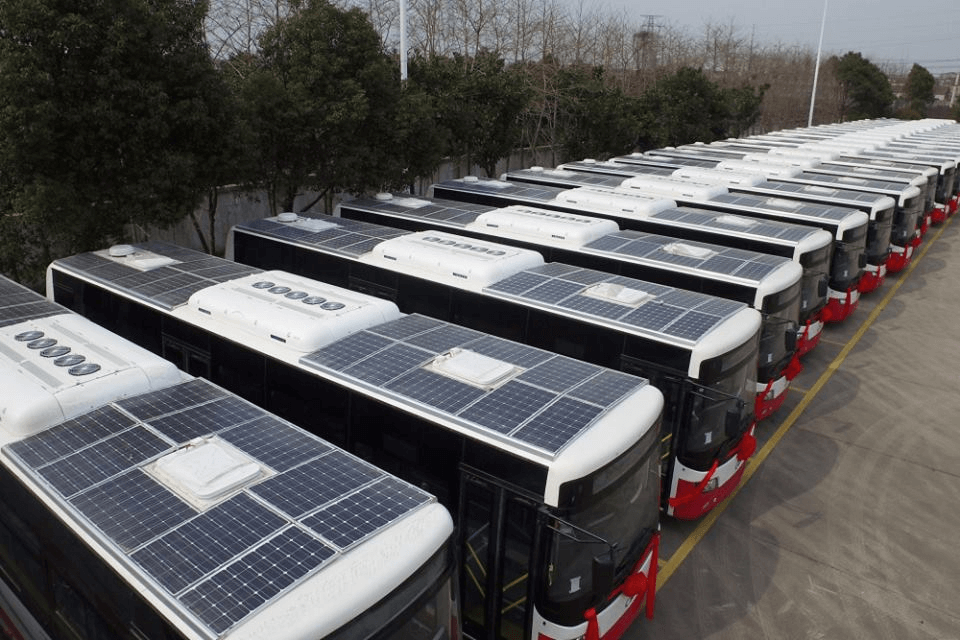 1) The US drives towards a solar powered train
If you thought that solar power could only be applied to buses and smaller cars, think again. In California, Tam Hunt (an expert in renewable energy policy) has just completed working on the master plan for a solar powered train. In his proposal, Hunt proposes installation of solar canopies over miles of train track that can help to run the electric train. Luckily, the trains, unlike cars, are already electric and it is a matter of generating more electricity.
The US has a number of electric strains including the New York Subway and the BART in California. While using an electric rail is very sustainable, the technology is very sluggish in the US and other places in the world.
If the solar canopy, that supplies 1 million megawatts is installed on every mile of the railway, 2 million passenger-miles in train travel would be provided. The potential of solar power to cut on fossil fuel is no doubt enormous. 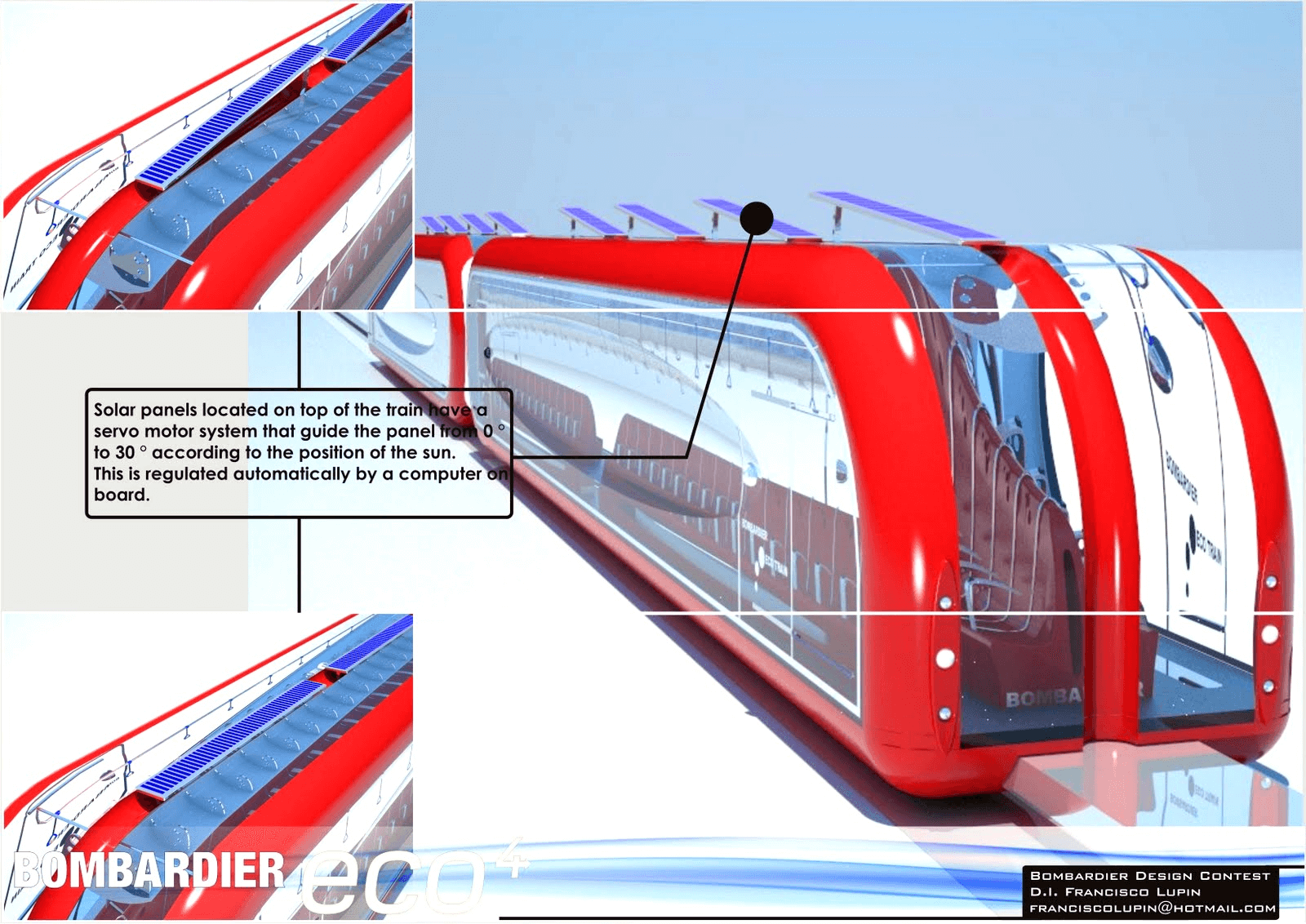 2) The Japan’s effort in solar-powering its trains
East Japan Railway Company indicated it would start solar panels on unused yards to harness 1000 KW for powering its station and yards. In Keiyo Rolling Stock Centre, other solar panels would be installed to generate 2,700 KW every hour. This would be more than enough to run the train on their Yamonate Line or supply about 270 daily houses holds every day.

Conclusion: –
Whichever the way you look at it, one thing is clear; the future of transport industry is harnessing solar power. As more companies emerge to embrace technology, things will get better and solar cars, buses, and trains will be an every day reality.

Learn about the PrestaShop CMS and its Modules – Part 3