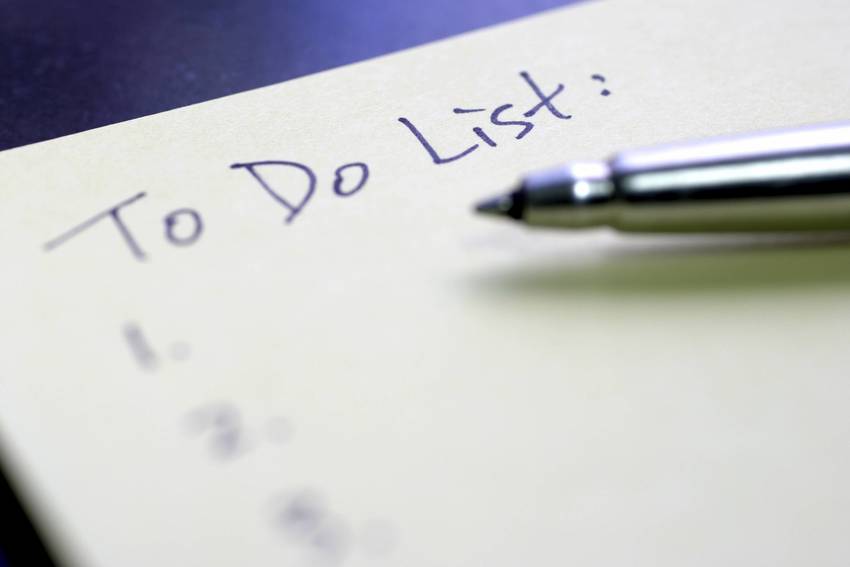 I write both for digital audience, and for myself. I don’t write for myself on a computer, because I don’t believe it has the same effect as writing with a real pen, on a real piece of paper.

Writing down, and managing my goals happens from my to-do planner. I prefer to plan out my days ahead, sometimes a couple, sometimes I will be doing the night before; but I strongly believe that this way I’m able to achieve a lot more.

The only real experience with an online to-do application I have had before, has been with the very popular Trello, I think the service they provide is amazing, and it’s so easy to work with it. You just need to create a new board, and assign yourself stuff to do.

While that is easy and convienent for some, I find it difficult to focus on board like to-do lists, and don’t have problem with assigning myself to something that needs to be done, and then get it done. Again, all of that happens in my planner.

This is a list of web based to-do applications that are not only open-source, but also very easy to understand and use. I’ve actually found a couple of good ones in the list, and look forward to trying them out for some of my work related stuff. Though, I don’t count on it much.

You could say that this is an extremely lightweight (or is it?) version of Trello, and besides offering the same board like way of organizing and managing your to-do tasks, you also get access to features like emailing the list to yourself or your co-workers / friends, and you can also export / import data from one application to another.

I like the minimalist idea behind this (a lot of the apps in the list are going to be ‘minimal’), but I’d definitely change up the colors for myself, to emphasize the stuff I need to do, just a little bit more.

Built with JavaScript and CSS.

This to-do list manager has not been updated ever since it was published 2 years ago, but still packs some interesting features like the ability to print out your lists on print cards, and highlight items that long should have been done.

This is based on the GTD system, and I’m fully aware that Google Gears was discontinued (the only way to get this app running), but I do believe that the source code might be of interest to developers, if only for the sake of seeing how it was done.

I guess a couple of these in the list are going to be based on Getting Things Done, which isn’t really a bad thing; just letting you know beforehand.

We all deal with our daily lives in our own way, and with that in mind – we all look at different ways of approaching things. GTD-PHP has been created in order to provide flexible and effective way of managing your life and your goals.

There are plenty of configuration options, as there are features that can be enabled and disabled, based on your own requirements.

This is probably something I’d go for, even with the crappy old-school design it has. (although, that might help, in some cases)

“Todolist.php” is a set of PHP scripts that create a web-based list of things to do. Items can be added and removed, and are sorted by an assigned priority. It’s pretty much a tool that allows you to record all of your stuff within a single click.

Another that’s based on GTD; Nexty is a easy to use GTD tool created in PHP. It can be installed in a local server or in a online web server. You get to build projects, have a fully functional search function, and something called the ‘Next Action’ – which enables you to focus on one thing at a time.

You should watch the video that the owner of this has put, it has a pretty interesting intro and outro, plus he also talks about how Taskr works and what it can do. It’s important to note that this is a CouchApp application, you’ll need to get CouchApp in order to play with it.

I guess the design can seem a little tricky at first (did to me), but then you get used to it and realize how easy it is to play with this to-do list manager. It’s written in JavaScript and provides the simplest of way of managing your stuff.

Tudu Lists is an on-line application for managing todo lists. With Tudu Lists, todo lists can be easily accessed, edited and shared on the Web. It is a simple but effective project management tool.

It is not being taken care of anymore, as the development for it has ended, but it’s still a nice piece of web application to play with, or takes ideas from.

TodoMVC also has a new approach to solving the intricate challenge of making the “latest and greatest” approachable for a newcomer. After all, that’s what the project is all about. With the new release, you’ll see something new on each framework’s application. The “Info Bar” collects several educational resources from the community around each framework, allowing you to use TodoMVC as a starting point in your efforts to learn a new tool.

This project hasn’t been updated in several years, but is the one tool I remember so well from the old days. It had immense community support, and has always been that way. The sources and documentation is still available, perhaps useful for those who want to keep an eye on PHP’s evolution.

It’s a frequently updated web based management application, the recent version brought in a couple of security fixes, and updates to their plugin system. Unfortunately, while the source is freely available to everyone, the plugins will require of you to invest some money into them.

It’s built with both business people, and freelancers in mind; so those premium features do make some sense.

I wouldn’t count on visiting their community forum, as it has been doomed for death by spammers. The reason for including this in the list is more about the task management plugin for WordPress that is available, than anything else. It follows the rules of GTD, and also comes in multiple languages, thanks to the community support.

Very lightweight, thanks to jQuery it’s also quite responsive. Nothing much to say about this app, it was recently updated; so issues are being taken care of, if necessary. Other than that, it’s similar to something I’d go for – totally simple, and meant to do the one task it needs to do.

This is a pretty popular web application in the community, built with Ruby on Rails – Tracks is a web application that is specifically designed to implement the Getting Things Done ™ (GTD) methods.

Please see the official homepage for the latest development news and examples. I’m actually quite interested in learning more about this app myself, looks like it has some really nice design features, alongside features for getting things done!

Task Management from Within Your Browser

I do believe that as developers, or anyone else for that matter, we should monitor our daily lives and keep an eye on things that are mandatory to do, every single day.

I used to be the guy who did everything according to how he felt, but over the last couple of months – I have learned to plan my tasks and my goals, and it’s the most fun I have had within my work life, ever.

The most important thing is to form a habit of doing these tasks, once it becomes a habit, there is no stopping of what it possible. It also makes learning process much, much more interesting.

Watch the video above if you haven’t already, building habits can change our lives, and I believe that learning to motivate ourselves through tasks we give to ourselves, is one of the essential keys to continuous success.