DevOps has been in existence for a while now and still, most people confuse it with something brand new. Unlike most technologies, DevOps is the amalgamation of both the operations and the development engineers coming together during the entire service process; from design all the way through production to support.

“Dev” refers to the development or makers. The “Ops” half of the term encompasses system administrators, system engineers, operations staff, network engineers, etc. In other words, DevOps is used for identifying and streamlining the application development process. It also works with the concepts of automation, sharing, and measurement. The entire process of DevOps starts with identifying the specifics of the current development, release processes that take too long and also, create bottlenecks.

The biggest bottleneck in the entire process is due to the process change that includes databases. To counteract this, there are quite a few tools available that support DevOps for the same.

Here is a list of the most used tools for database change management with DevOps. 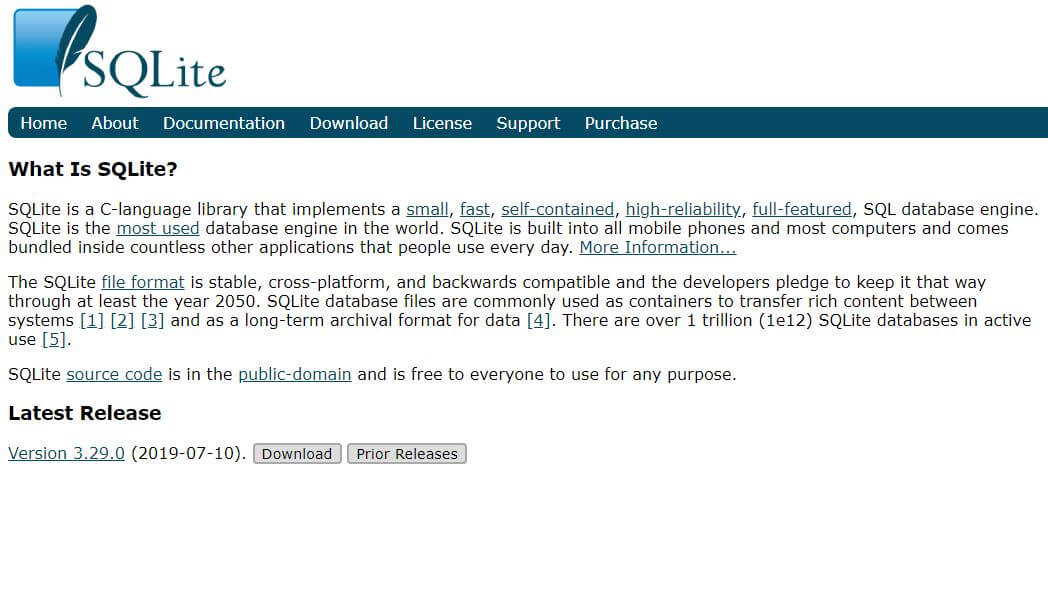 One of the top choices for tools for Database Change Management, SQLite is a Relational Database Management System (RDMS) software library that has aptly utilized the “lite” word in it. This tool is known for its light-weight in the context of the required source, setup, and database administration. SQLite is not a client-server database engine but it’s implanted at the end program. Usually, an RDMS needs an independent server to function.

It is also self-contained and needs the least amount of support from the operating system and external library. This is what makes this tool universally usable in any environment including game consoles, iPhones and Android devices.

It also enjoys a tremendously well reputation as the on-disk file formats on innumerable desktop applications. Now its uses are even cited when it comes to financial analysis tools and media cataloging.

Also, read or write performance on SQLite is much faster and can be done using SQL queries. Performance with its assistance can also be improved even in the later stages of the implementation, by creating the needed indexes. Also, content pertaining to a database stored on SQLite can be viewed by many third-party tools.

The market leader when it comes to monitoring your SQL database performance. The company has been around for over 15 years and has an impressive team of experts from the SQL industry.

Their core product helps DBA’s find information about database performance, and specifically what might be causing server slowdowns. They provide an incredible and meticulous level of detail to help you provide long-term solutions to issues that you might otherwise end up battling over and over.

It’s certainly the swiss-army knife of database performance for any SQL server administrator. 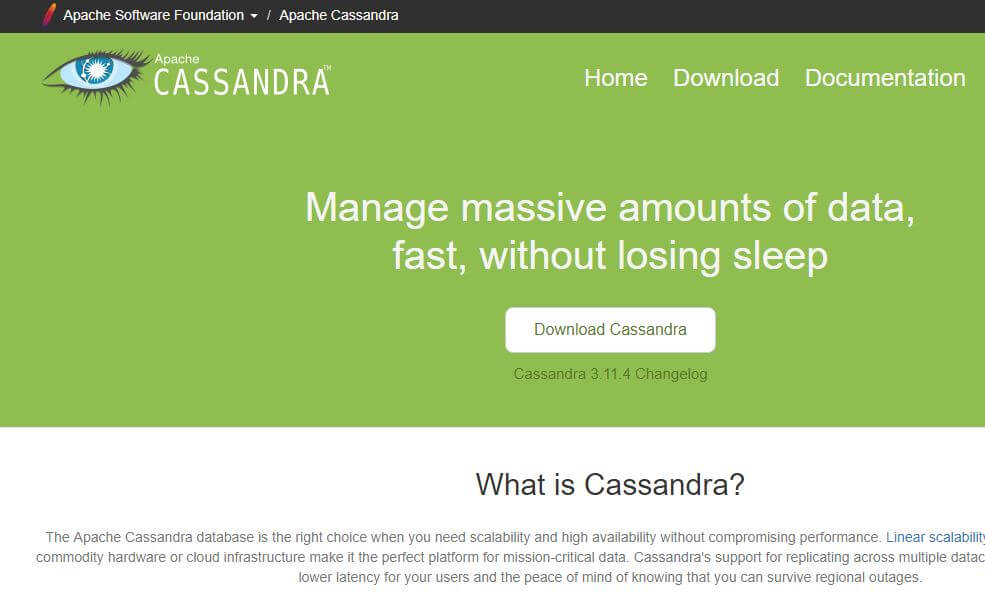 Developed by the Apache Software Foundation in 2008, Cassandra is an open-source, cross-platform, NoSQL Database Management System. It is created for the purpose of handling large amounts of data across commodity servers.

A NoSQL database is one that provides a mechanism to store and retrieve data, with the major exception of the tabular relations used in relational databases. They are usually schema-free, eventually consistent, can handle vast quantities of data and have simple API.

Some of the major features of Cassandra include being consistent, scalable, and fault-tolerant. It is created out of the distribution design of Amazon’s Dynamo and the data model of Google’s Bigtable. Currently, this tool is deployed in companies such as eBay, Twitter, Netflix, Cisco, Facebook and many more.

Cassandra is greatly scalable and allows you to add more hardware in order to accommodate more customers. It also lacks a single point of failure and increases your throughput as you increase the number of nodes in the given cluster. It was designed to run on cheap commodity hardware. Since 2010, Hadoop has been integrated as well. 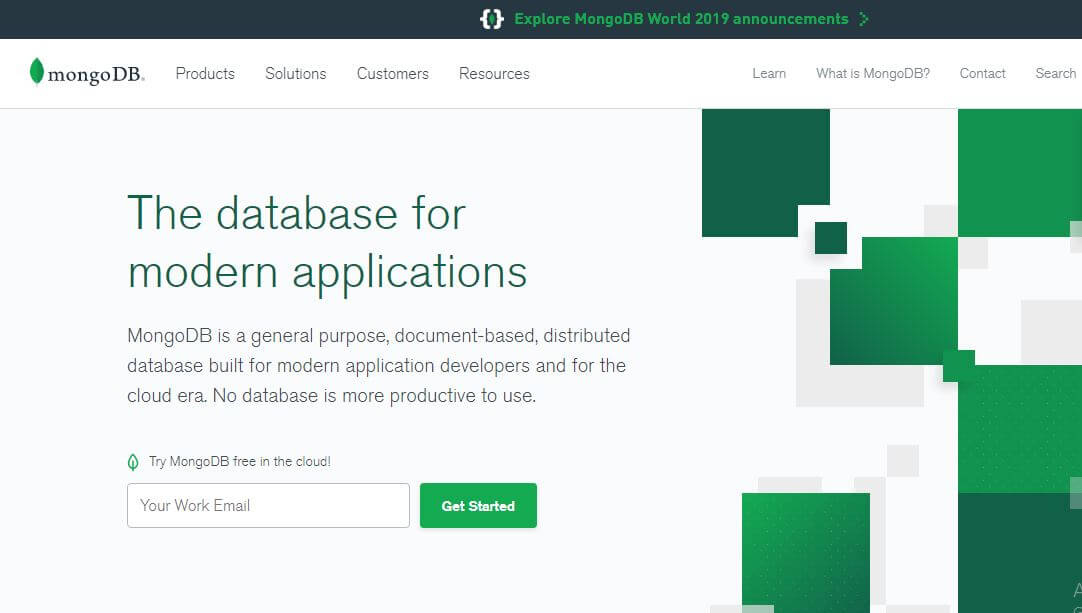 MongoDB is a cross-platform, open-source, document-oriented database program. It stores data in JSON-like documents that are flexible. It essentially means that data structures can be changed over time and fields will differ between each document.

The ad hoc queries, real-time aggression, and indexing allow spectacular ways to analyze the data. The aspect of the distributed database is at its core. This allows the built-in use of horizontal scaling, high availability, and geographic distribution and is also easy to use. Furthermore, it has auto-sharding and fast-in-place updates. 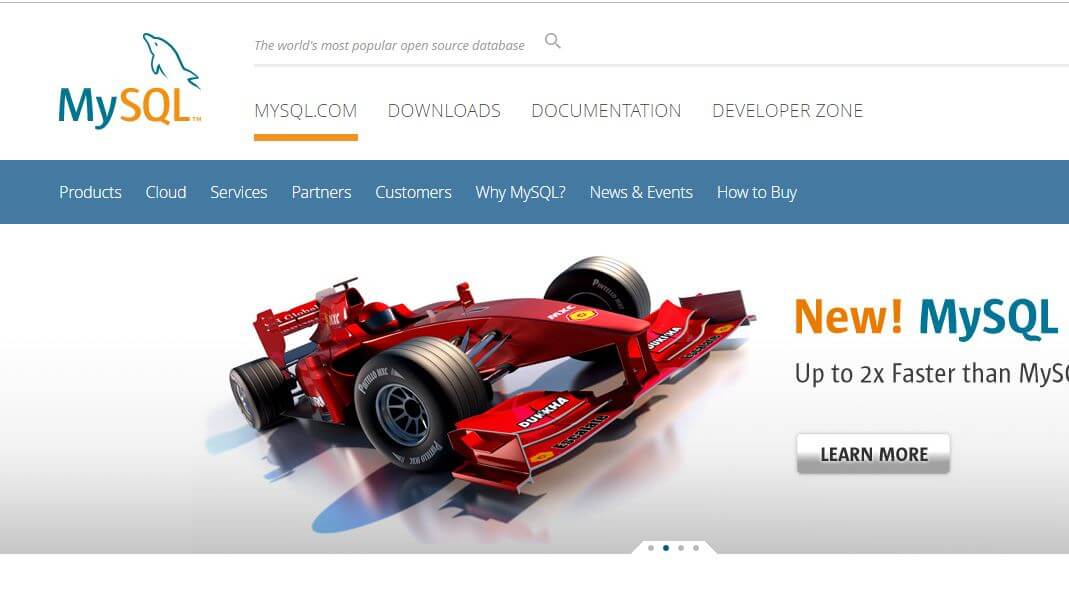 The “My” in MySQL doesn’t refer to the creator of this but the name of the daughter of Michael Widenius, the co-founder of MySQL. Widenius is a Fennoswede (Finnish nationality with Swedish as the native tongue) and in 1995 he created the first version of MySQL. In 2003, the co-founder was presented with the Finnish Software Entrepreneur of the year.

MySQL is a free and open-source RDBMS (relational database management system) and is developed later by the Oracle Corporation since 2010.

It allows high security, similar to giants such as Twitter, Joomla, Facebook, etc. To ensure the needs are met, even from the most demanding applications, it delivers excellent performance. It also allows for round-the-clock uptime with its specialized cluster services. Not to mention, the support of a global community to help you out if you are stuck on any problem, be it a minor or a major one. 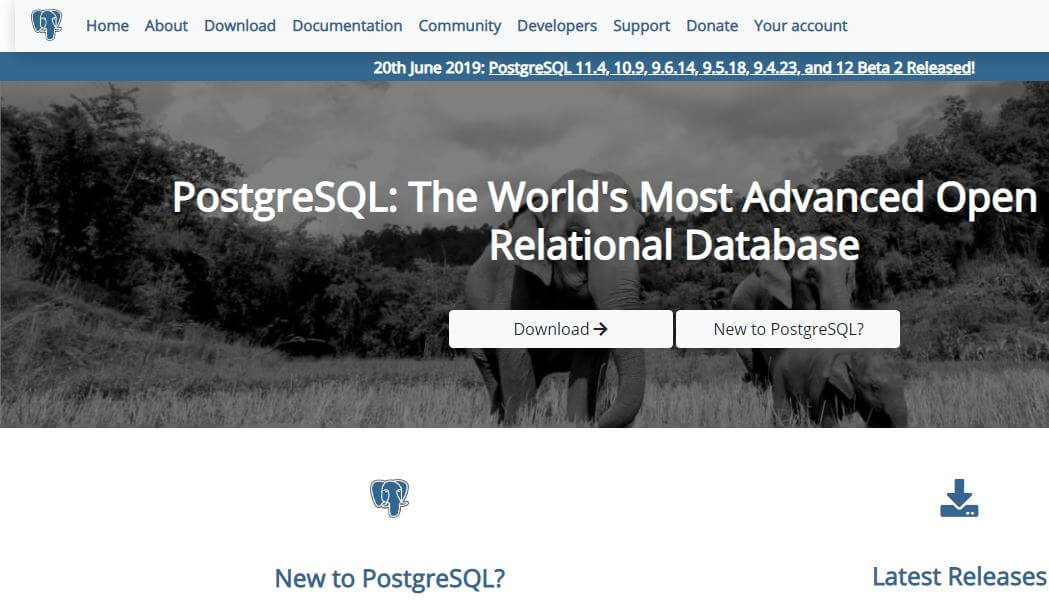 We might never know as to why PostgreSQL has an elephant’s head as its logo but the best guess might be that elephants are capable of storing a lot of memories. According to many, that’s the symbolic meaning behind the logo.

Its initial release date was July 8, 1996. It is a powerful open-source object-relational database system and is often called as Postgre. It has a sharp focus on standard compliance and extensibility. With every fresh release, it seems like it is becoming more and more efficient at addressing the requirements of the databases, developers and system administrators. It also provides its support to Array, JSON, and other complex data types.

Other than being an open-source tool, it also provides transactional support for the migration of schemas. Its excellent performance is due to its characteristics of being light and well-optimized. Like MySQL, it also has a community of enthusiastic supporters backing the users globally. 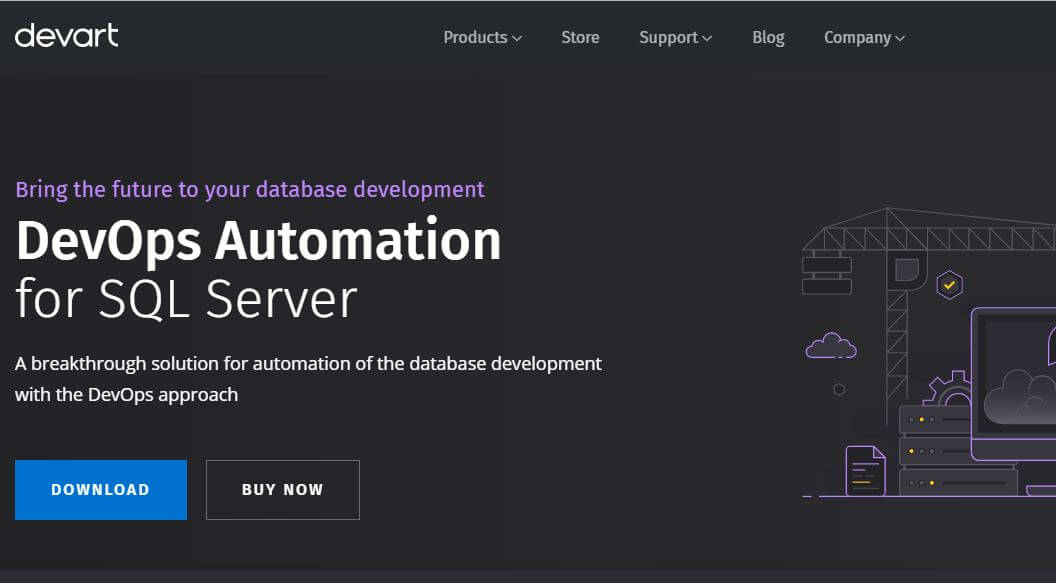 To set up a DevOps process quickly and easily, dbForge Automation for SQL Server uses cmdlets for PowerShell and integrates into Jenkins. It helps customize the steps of a database project development in the already familiar Continuous Integration System.

So there you go!

These are the top six tools for database change management that we would recommend. Each of them comes with their own individual set of advantages and features. So, whatever your needs dictate, you can choose the tool most suited to you or that of your company.

I hope you found the article informative and let us know in the comments below, what other tools would you recommend to be included in this list.

Should the Language of Coding Be a Compulsory Subject?