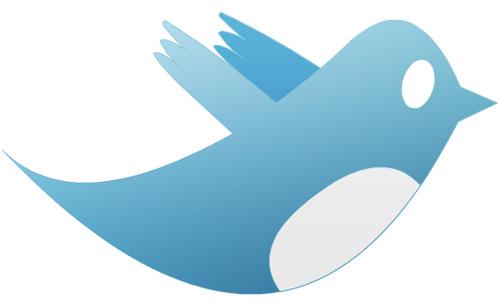 The average account that has bought followers has a ratio of 1:1000, at least the ones I have seen. You need to engage real people and learn how to gain Twitter followers in a legitimate way. I myself don’t even bother checking my follower count, it’s pointless – 50% are spam accounts that will never read my tweets.

The only time I will be getting back to someone is if they engage my twitter handle and send me a tweet themselves.

I couldn’t care less if you are buying followers or not, but I want to warn you and educate you on the consequences of doing something like that. It doesn’t just make you look stupid, it makes people avoid you. People who could potentially be your clients and customers. Think about it, would you rather have 10 meh friends or 1 true friend?

Waste of Money
The most hilarious part of websites that provide “real” followers is that they try to convince you that these followers are in fact “real”. The one I just had a look at is stating that you can buy 50,000 Twitter followers for a price of $300.

Now, if this was true – I am pretty sure that we could make a quick return of that $300 by posting a sales tweet or even a sponsored tweet for someone to that many real customers. Don’t you agree? It is of course all bluff. Think how quickly you could make back that $300 and continue buying more and more batches of 50k followers.

Losing People’s Trust
Running a business and purchasing Twitter followers have nothing in common, and never will. People, potential customers, are not stupid and will quickly realize if you are buying followers to fake your stats and popularity. I myself enjoy accounts that follow me and it turns out they followed me only because I posted a hashtag that they have setup in their tools that automate the process for them.

I then of course send a tweet to my new follower, greeting him and thanking him ever so kindly. What do I get in return? Nada. The account suddenly goes silent for the rest of his days.

No Real Value
Fake followers add no value to your account or your business, isn’t that true?

Getting Caught Means Getting Banned
This is not a statement from the Twitter policy, but it has happened with a lot of people. When too many people start reporting your account for having astronomic amount of followers you get pulled inside of the Twitter spam radar and the chances of getting out are very thin.

In the summer of 2013, there were around 20 million spam accounts up for grabs, reports Business Insider.

Legitimate Followers
None of these things would happen or be up for sale if people weren’t interesting in money and making more money. It’s common sense for someone like me and you to understand that working hard and making real connections are going to be more valuable than a bunch of fake accounts that not only have a negative impact on your status, they also look terrible. Most of them don’t even have profile pictures added.

I prefer natural growth of my social media accounts. Think of steroids, they get you big at first and then when you get older your manly parts stop working and you are not that big anymore.