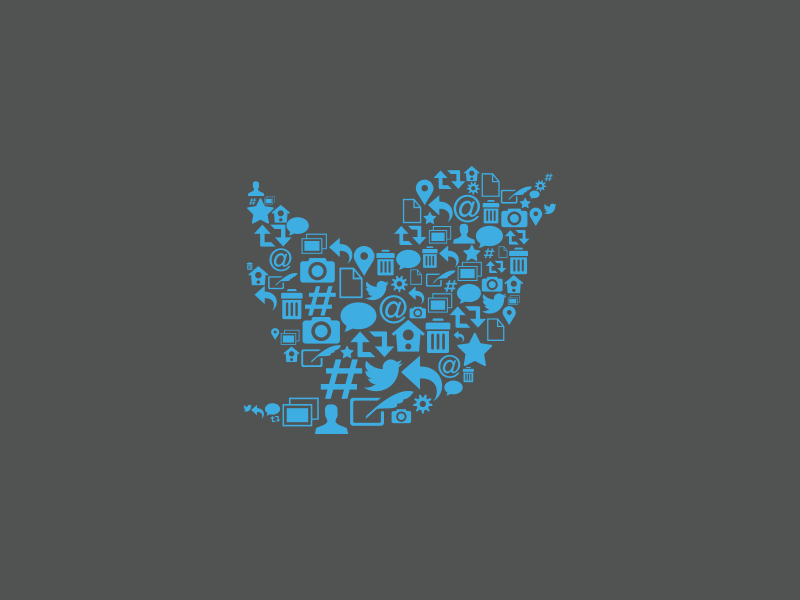 Birds tweet to me that Twitter is declining, or at least stabilizing for good. There are only that many people who could have signed up for the service, I do agree with you on that. Declining or not, there are plenty of people using the service that we haven’t engaged with, but perhaps we should? To make more friends you know?

The things people do to increase their follower count, there aren’t that many words to describe it. It has become a habit of mine, to tweet back to people who follow me and apparently got equal ratios of people they follow and people who follow them. There is no doubt in my mind that such people simply use automated programs to achieve the result, and I hardly believe there is any unique value in it.

95% of the time I send a tweet to such accounts I do not receive a reply back, point proven.

With that in mind, we are going to focus only on the most important things we need to know to raise our follower count. In reality, true interaction is what counts the most. Real people discussing real things, right?

We can, for a second, assume that you have all of the time in the world and you want to spend your days clicking the follow button on other peoples accounts, just for the sake of it. It might even be that someone decides to follow you back.

The official Twitter help center has it all laid out for you. I didn’t want to bother trying to say it differently, so I just copied the whole thing for you.

Now that the air has been cleaned, we can move on to actual tips for getting more Twitter followers, the legitimate and hard work way, yay!

Like I said, a lot of Twitter accounts exist only for the sake of existing and happen to be watched over by a real person maybe twice a week. You don’t need to follow such people, or even try and engage such people. Their email accounts have been setup to direct any messages straight to spam.

The last thing we want is to engage un-targeted people, what good are they going to be if they are not interested in the topics we talk about?

Is the sound your tweets should make when you hit the “Tweet!” button.

In other words, just following people without having any valuable content published on daily basis is not gonna get you very far. It’s pretty simple, and a single tweet once a day can go a long way. 30×12=360 tweets per year. That is more than enough from a single Twitter account.

Remember, those tweets who stand out from the crowd are the ones who perform the best.

Kindly Ask for a Re-Tweet

There aren’t any rules against kindly asking these people for a retweet or a mention of something you tweeted. In most cases it means that it somehow will relate to the person you are asking to. I would definitely think twice before asking a makeup artist on how to configure a dedicated Linux server for optimal performance.

The best case scenario is when you have a reason for mentioning someone in your tweet, just give them a heads up. Twitter doesn’t forbid asking for peoples opinions.

You must have accounts on other social networks, am I right? Most of the social networks I have been a part of have offer the option of advertising/linking to another one of your social media accounts, in this case – Twitter. You should use this to your advantage and link out straight away.

It will make it much easier for people on other networks to find you and add you if they happen to prefer Twitter over everything else.

I also happen to have written a blog post earlier that features the best tools for finding trending Twitter hashtags. The default trending hashtag function Twitter has only displays a handful of hashtags and can be a proper nightmare if you want to find relevant content.

Because tools have no limits (lol), you can take them to your advantage (unlike others) and find trending content to get involved with beyond others reach, giving you the momentum you need to build and gain more follower.

Twitter allows for some tweets to stay on top of hashtags results, this can time to time happen to you and you will be in luck, as the top tweet for the given hashtags is going to be yours.

In case you didn’t know that.

Treat your account like you would treat your blog. Acknowledge that everything you publish on Twitter has some sort of value and it very well can turn into a new relationship because someone shares the same interests as you do. Twitter can turn out to be one of the main sources of traffic to any of the blogs or websites that you own. Websites like Mashable are where they are now, mostly because of hard work and social media.

Twitter has this function called Lists where you can list all of the people you follow in separate directories. Take this to your advantage and create lists for the different categories that you are interested in. For me they are; WordPress, Marketing, SEO, Spirituality and so on. I don’t know your interests, but if you follow me on Twitter I will soon enough.

You can use lists to make it easier to find new tweets if you happen to follow a ton of people, which eventually becomes the case. It used to be on average a 100 accounts that people would follow, now it’s in the 250-300 range.

I cannot seem to come up with anymore tricks and tips on how-to get more Twitter followers, shameless keyword plug, sorry!

Take your blog and let people who follow that blog know that you are on Twitter, even if it takes a god damn popup! just kidding…

Actually, add a Twitter button to your sidebar and maybe once in a while mention that you are on Twitter in your posts. Doing it every time will seem like you are incredibly desperate and isn’t necessary. You can of course add a button to the end of the post, rather than the sidebar. Whichever converts best.

It sounds so spammy when you think about it. “Followers”, why not “real people”. Besides Twitter tools that offer follower exchanges and what I already mentioned at the beginning of the post, these will be the methods you will be working with to build unique and real Twitter followers. Easy and simple enough.

Let me know what you think and which of these tips work the best for you. :)

What are The Benefits of Blogging on Quora