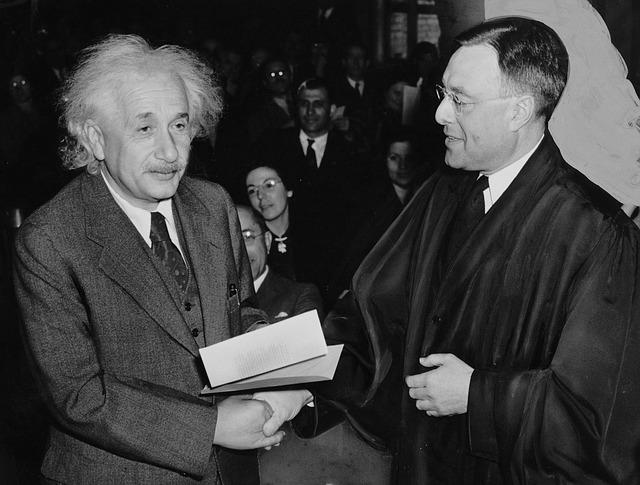 By now, you probably already know that the very popular lyric website Rap Genius has been slapped with a large trout by the search engine giant Google. In case you haven’t, consider finding out more either on iAcquire, Hackers News or Reddit. It is the hot topic of the week so there will be plenty of information and speculation available.

Wait..speculation? Oh right…Rap Genius was so dumb that there is no need for speculation, it’s blatantly obvious how professional these guys are, even more so when you realize someone had invested $15 million in this site. I am not trying to shame and blame anyone here, but lets be honest – this kind of a mistake hits a new low.

Yooo waddap brotha,
pop these links on yo site – fo real,
aint no thang like us bein from anotha motha

I suppose I never mentioned I am also a poet. Here is a snapshot I am referring that poem to. 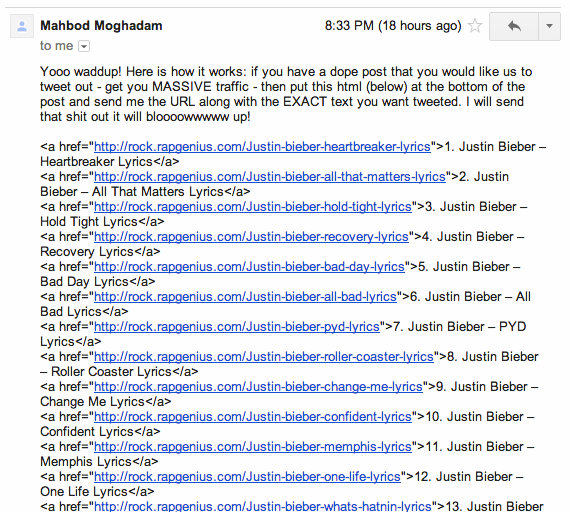 I can hardly believe it anymore, it’s almost like this was the plan all along, but it wasn’t. :(

Enough of the crap talk, Rap Genius has gotten their justice and that is all that matters. I only want to outline a couple of points regarding this situation, and how to avoid making just as silly mistakes. Although I believe it’s already pretty obvious.

The design of Rap Genius is not the greatest, we can all agree on that. But if someone had given me $15 million bucks to improve my website, damn son! I would have invested so much money into making the site more appealing to people, different color choices and so on. You know the drill. I wouldn’t have hesitated throwing a million dollars in my advertising account either.

Either way, if Rap Genius wouldn’t have been caught as publicly as it was, nobody would ever talk about this situation that took one too many of the wrong turns. We can only learn from this story.

Link Building Has to Happen Naturally

I have already discussed in the past about the methods of quality link building, shouldn’t have listened to me!

You either have money to invest in legitimate advertising or you build links like everyone else does. I see no other way around it, as the talk about blackhat techniques for building links has been around ever since.

Rap Genius might think it is a very gangsta oriented website (and don’t get me wrong, I read my lyrics there most of the time), but in reality it should try and create an advertising plan that will really put the whole concept of the website in a tiny, understandable manner. Well thought of, viral video, definitely wouldn’t hurt.

If your product or service you provide is of good quality, it will make things happen naturally, and never did I think that Rap Genius was a bad service, did you?

THE most absurd thing in my own personal opinion is the fact that even after they have admitted their mistakes, they blatantly try to shame other lyric websites, wh..at? In a public apology on Rap Genius blog the founders give a statement at the end:

With limited tools (Open Site Explorer), we found some suspicious backlinks to some of our competitors.

They researched six other big lyric websites, in order to try and blow the heat away to their side.

That is a really lame thing to do. Who cares about other lyric sites when you clearly know what you did was wrong.

In the official apology blog post, Rap Genius is putting all the focus on “We don’t do this” instead of “We did this, but we are now getting rid of it”…

Don’t get me wrong, I absolutely love the service that Rap Genius is offering completely free of charge. I am just as bummed out as you are that I cannot find my lyric by doing a quick Google search.

I only want to point these things out because I think RG needs to grow up and finally realize just how big and popular they really are. It’s not like the community is going to start hating them just because they tried to gain some popularity. It’s all good, you know?

If you look at RG Twitter account or Facebook page you will see that nobody is really giving two damns about what happened and the site is continuing to operate at its usual pace. Those who want lyrics explained will know where to go.

The moral of the story is that doing things like this, trying to gain popularity by bribing people do not work, and will eventually turn its back to you.

I strongly believe that at some point in January, Rap Genius will regain its search rankings and this thing will be forgotten very quickly.