Many centuries ago, the world’s largest empires consolidated their power via expansions. Nowadays, the world’s largest tech companies are doing the same: they are steadily outgrowing the “focus purely on technology” mindset and expanding into other areas — ancient dark worlds they are hoping to illuminate with knowledge (“Taxi!”), a striking recent example being Apple Card. Considering the vast infrastructure that tech companies build, it makes sense to try and create something more universal and global than just a tech product… Wait, something even more universal and global than a tech product, used by billions of people (e.g. a smartphone or a messenger)?

This is the question many people ask when they see tech companies expanding into untypical areas. “What’s the point if your products are already so successful?” is a question that follows. Many tech companies, however, feel that their respective missions are severely limited by the fact that they are just, well, companies. Quite large and successful companies, no doubt; but when push comes to shove, they are still heavily reliant on the services their government provides and have to comply with its requirements (e.g. not playing Monopoly with other companies or not selling information about whether the user prefers apples over oranges to local apple farms)

So tech companies gnash their teeth and obey, occasionally shaking their fists at the sky, promising that “one day, things will be different”. To some people, this is a vain promise; however, a quick look at companies acquired by Google reveals that Google, in particular, and large tech companies, in general, are all striving to be useful and full-featured to the point of being irreplaceable. So why stop when you can solve all of your problems by… establishing a virtual state of your own?

A virtual state of Facebook/Google/WeChat (or another company that suddenly emerges and renders our predictions obsolete) is an idea so sci-fi and utopian that it is a fun challenge in and of itself to try to keep a straight face when discussing it — after all, a state must have these features: population, territory, sovereignty, and government. But what happens when we project them on a social network?

• Its population are the users, coming from different countries, cultures, and backgrounds (creating the ultimate melting pot)
• Its territory consists of the virtual space (i.e. web servers) and electronic devices capable of opening the app; alternatively, as any social network is purely a product of intellect, its territory can lie in the minds of its users: they think within the social network paradigm and live within its ecosystem — communicating via its messenger and sharing and learning thanks to its functionality.
• Its sovereignty is the independence as a private company: the management is free to enact certain restrictions and control their product the way they see fit.
• Its government is the executive team, provided with the absolute authority to make decisions.

“Alright, this makes for a fun thought exercise, but the joke has been playing out for far too long”, skeptics may say. We might think that an Internet website is merely a platform and does not unite its users in any real way — just like people who prefer apples over oranges are not a purely homogeneous group, Facebook users are not Facebook people; they vary greatly in their beliefs, actions, and worldview — and this criticism is justified.

However, as we use tech products like Facebook, we start to embrace the values they (supposedly) broadcast — and all tech companies are incredibly vocal about their values: privacy, free speech, freedom, and so forth. Facebook has a ban feature that it uses to exclude users who do not wish to conform with its code of conduct, so if a given user is not banned, they actually share Facebook’s values.

“The phenomenon of state cannot be dumbed down to these obvious features; the state is a more abstract and complex system” — and this is a good point. Alternatively, we can consider the state to be a system that organizes the society and supplies it with the most essential services — healthcare, education, protection — becoming the infrastructure of our lives, so to say. With tech companies branching out into spheres like banking, healthcare, or humanitarianism (Apple’s eponymous Card, Google’s AI system used in the UK hospitals, and Facebook’s humanitarian endeavors), they are aiming to replace government-backed services, as theirs are faster and more convenient to use. 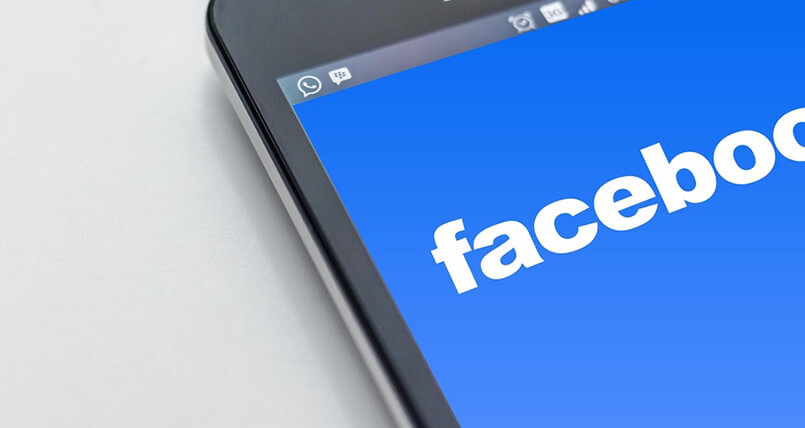 At some point in time, the CEO of any large tech company (especially those whose product is designed to connect people) is bound to think: “Are we developing a platform to post cat pictures… or is there something more to it?” As the user count reaches 2.3 billion (this is the number of monthly active users on Facebook), the product’s importance becomes ever so obvious: no state even has 2.3 billion citizens!

Despite their power and influence, tech companies have to operate within jurisdictions of regular states, which often prevents them from realizing the most daring ideas. For better or worse, tech companies and regulatory agencies have agreed to decide what is best for the end-user together — so one day, these companies may have wondered: “What if we had the absolute control?”

Virtual states have an important advantage: regular law systems have no idea how to approach them. “Real” states have had centuries to figure out how to resolve conflicts in a civilized manner, establishing codes of conduct for almost every sphere imaginable: civil law, commercial law, maritime law, air law, military law, and so on. With tech giants rising to prominence within a short time span of 10-15 years (a split second in terms of traditional jurisprudence), countries and their regulations were not agile enough to react to these changes. After all, pushing a software update is much quicker than adopting a law.

When establishing a virtual state, tech companies would probably have two blueprints to follow: integration or separation. The former can be showcased by WeChat’s intertwinement with the Chinese government, functioning as the ersatz Internet: it offers messaging, social networks, payment service, web platform, and more. The latter method is still a work-in-progress, but its approach is far more creative.

World’s biggest messaging service, Facebook Messenger, is hoping to re-introduce the blockchain technology to the public with its own currency, dubbed “Facebook Coin”. After people started to consider Bitcoin (and, by extension, cryptocurrency in general) to be a speculative fad, it became increasingly hard to convince the public that Bitcoin’s design was not about gaining short-term profit of the “buy low, sell high” mentality; that it was instead supposed to be used a real payment service. Additionally, Facebook aims to create a special token for identity verification.

Telegram, another popular (more than 200 million users) messenger, is also planning to use its own cryptocurrency within the “Telegram Open Network”, an ecosystem of intertwined applications and services designed to gather all users within one large platform. TON is a complex system with its own encryption algorithms, payment services, proxy servers, bots, file storage, and more. As Telegram’s project is further in development, Facebook can observe how well it fares and adopts its most successful features.

As today’s workforce becomes ever so global, finding the right people to join the ranks of the Founding Fathers and Mothers of these new states will be a trivial task: tech giants have mastered remote work, so they will start busting myths about remote work on a massive scale and contributing to new trends of remote work in numbers.

In a world where so much pleasant experience is money related, control of the financial system becomes a solid foundation of a prospective virtual state. Having exercised their automation skills within the company, tech giants can take this expertise to the extreme and have AI algorithms do all bureaucratic work — with automation, do you really need thousands of clerks?

Switching to “digital governments” can turn out to be a social revolution, producing both positive and negative effects — just like the industrial revolution or the invention of sliced bread, it is not self-evident that a Facebook passport is ultimately a good or a bad thing.

Tech companies would approach the virtual state concept with their typical business vigor, probably creating a fancy webpage detailing how their services are two times better than those of regular states: “Introducing… Apple Healthcare.” In many instances, these statements would ring true: technical superiority of these solutions would render the bureaucracy of traditional government agencies obsolete.

Although this close integration brings about convenience, its side effects include dystopian things like classroom surveillance or country-wide social credit system. Moreover, it is unclear whether goal-oriented CEOs should have the right to impose their personal values on the entire digital population.

Although these projects may not be perceived as states per se, the sheer amount of power and influence they can have is daunting — and oftentimes, we give them this power willingly and with enthusiasm… Ironically enough, we will have to utilize the platforms that tech companies provide to discuss this idea — what a time to be alive!

The Anatomy of a URL – What Does URL Stand For Anyway?