Angular JS is one of the newest innovations in the JavaScript frameworks that help developers to prefigure the future of web browsers. This includes everything from templates and data-binding to the different components that the web browsers will use.

There are many developers out there who seem quite apprehensive when it comes to Angular JS, especially when they begin to think of all the new concepts that they will have to learn. However, with just a few weeks of practice, becoming an Angular JS expert is quite easy, especially as Google is constantly trying to make it easier for programmers to use the frame work.

The first thing you have to understand about Angular JS is that it will be virtually impossible for you to understand if you do not know a little JavaScript. If you are a designer that is familiar with HTML, you may be able to use some of the framework’s functionality such as ‘ng-click’, ‘ng-show’ and ‘ng-hide’.

However, you will not really be able to exploit all the different functionalities unless you know some JavaScript. Therefore, before you even consider using Angular JS, you must first learn JavaScript itself. It is important to note that you do not really have to be a JavaScript expert, having basic knowledge of the language will allow you to use Angular with no problems.

With everything said, Angular JS is actually not as hard as you may think. When learning how to use Angular JS, it is important to remember that there are 5 basic pillars of the framework, namely:

Things such as directives and dependency injection can be a little harder to grasp, therefore, the order laid out below should be one of the easiest ways for you to learn how to use Angular JS quickly, without some of the confusion that sometimes arises. 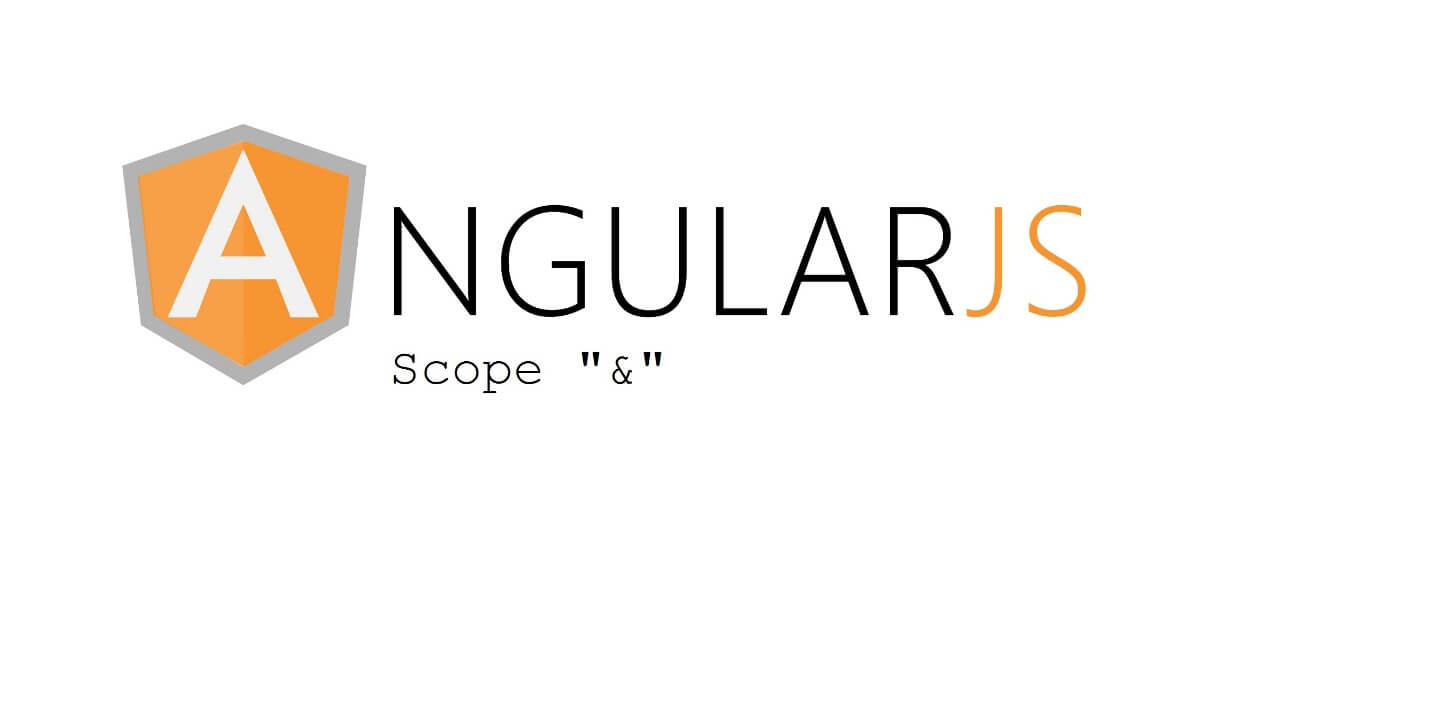 A scope is basically an object that connects a group of HTML tags (a DOM element) to the controller. In the Model-View-Controller structure, the scope object ultimately becomes the model. However, though this may sound more than complicated, you could think of a scope as a JavaScript object.

Both the controller and the view are able to access the scope, enabling it to be utilized to communicate between the two. Scope objects will usually contain both the data and the functions that you will want to run in the view.

Every Angular JS scope that you create will have a $rootScope, which is the top-most scope that can be created on the DOM element and contains the ng-app directive. The ng-controller is used to create new $scope objects for DOM elements, and helps to nest them in the containing $scope.

This means that it will be easier to manage certain elements of your project easily, especially when it grows larger and larger. However, it is important to note that angular JS controllers cannot be used for everything, as they should only contain business logic. Trying to place presentation logic into controllers will negatively affect the testability of the controller. In addition, you cannot use angular controllers to govern the life-cycle of other components such as creating service instances. 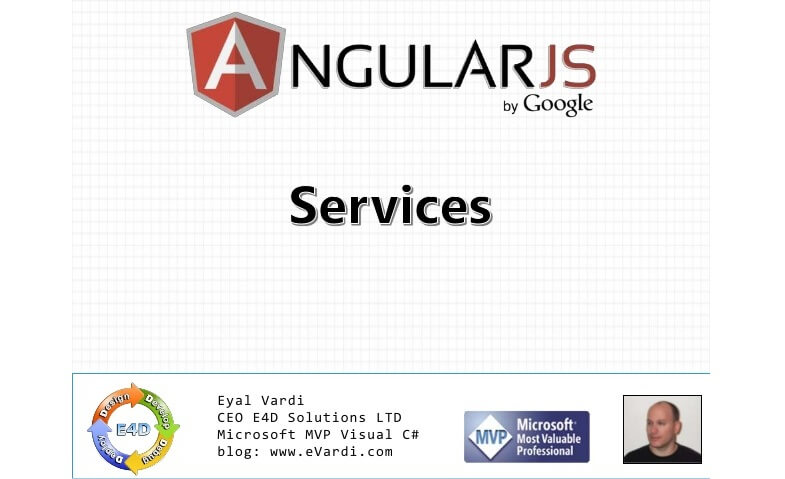 Angular JS services allow you to share code with different controllers in your Angular JS application. They are usually single objects that are used to perform different tasks that are common throughout the application. For instance, the $location service is one of the most commonly used controllers because it gives you information about the location of your current webpage.

It is important to remember that many services like the $location service, are constantly supervised by your Angular JS application. Therefore, as much as these services could help you use objects that are already in the DOM, such as the window.location object, Angular JS will introduce certain limitations. 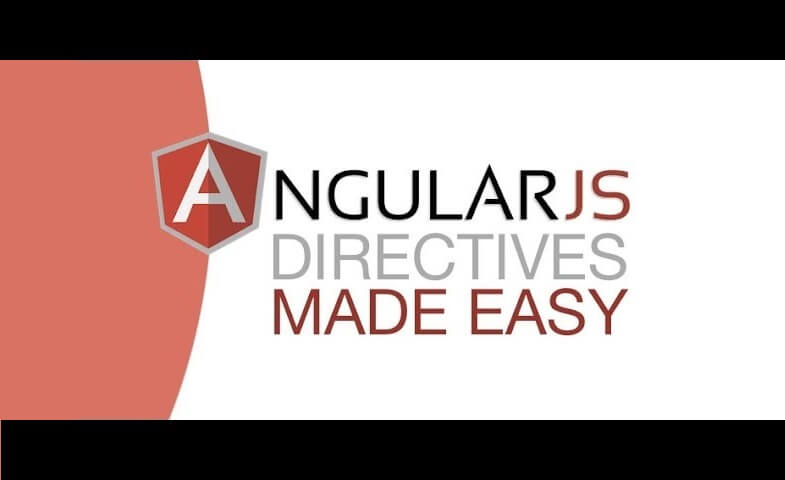 Directives are slightly complicated, but once you get the hang of it they are very easy to understand. Basically, directives allow you to create your own HTML elements whose functionality is fully customizable.

If you are familiar with HTML, then you will know that different tags will be used to denote different behaviors, for instance, you use ‘<a>’ to denote links and ‘<p>’ to denote paragraphs. If you use HTML5, you would use the ‘<audio>’ tag for audio and the ‘<video>’ tag for videos. However, if you would like to create your own custom tags with their own unique functionality, for instance, a ‘<map>’ tag or a ‘<weather’> tag, then you would use directives.

It is important to note that almost everything that you will use in Angular JS is a directive. They are what give the framework its unique power and flexibility, and what allow developers to interact with the framework easily. 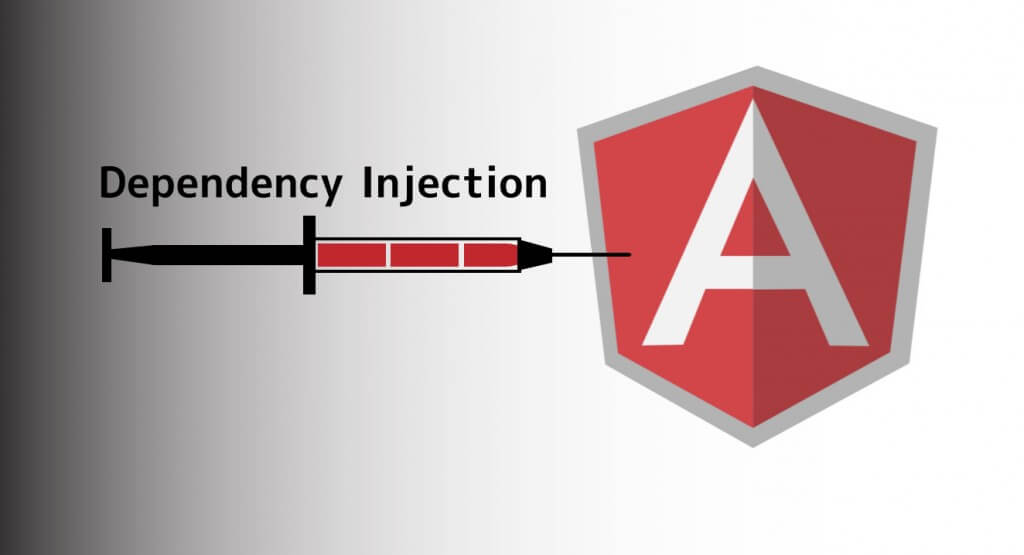 In general, dependency injection is just a fancy way of stipulating how different parts of the code that you are writing gets their dependencies. It in an equivalent to the ‘require’ command in node.js and ruby, and ‘import’ in Java. Basically it declares the dependencies that the application will need.

This may not seem very necessary, especially if you are using a server-side programming language. However, when it comes to client-side dependency, dependency injection can really be a life saver, as it will make it so much easier to manage.

Conclusion: –
By now you should have an idea of some of the things you will need to know to be able to learn Angular JS. However, most of what is detailed above is just the tip of the iceberg, and should be thought of as the first step you should take if you would like to become a pro at the platform.

GetResponse – All In One Online Marketing Solution

4 Strategies to Create a Viral App