It is estimated that as of 2017 October, over 8.4 Billion devices were connected to the internet and projections point at the total increasing to about 50 Billion devices by 2020.With the increase in the number of devices that can connect to the internet, and the diversity of the devices increasing each day, the internet remains still the fastest growing technology, not only in terms of usage but also in terms of the constant financial returns different stakeholders derive. The internet has made it easier to deliver specialized services to anyone in any part of the globe, making the world a global market. From shopping, to entertainment, and education, to banking, the internet has made it easier to offer these services to the clients. And with the age of Internet of Things dawning, how we interact with the internet will change rapidly.

At the heart of the interaction with the internet are web applications. It is through these web applications that the end user is able to receive the services they seek in the form that they can relate to. Web applications are the drivers of information in the internet world, as they are used to acquire as well as present data. In this article, we are going to take a look at some of the important steps that web development has undergone so as to ensure that web applications keep up with the fast changing digital age. As the internet age started, the connection speeds were terrible and as so, design was not such a big issue as the speeds would not allow for complicated purposes.

In the mid 90’s web developers (at that time web developers was not a job title but rather they were called web masters) of that time so the need to present content in more than just text form as it was previously being presented. During this time Web designs began incorporating the following features:- 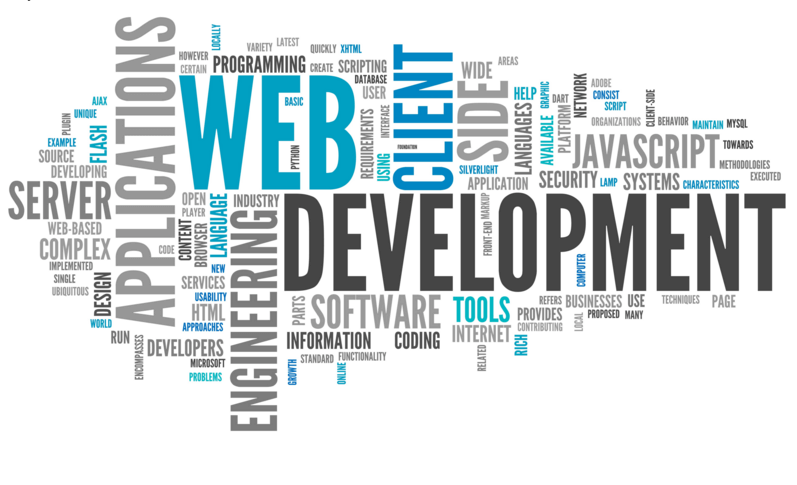 • Web designs began to incorporate background images.
• Web pages were divided into columns which contained related information. This aided a lot in customization of the sites.
• Graphic elements began appearing on web applications.
• Real-time visitor counters were now common on websites.
• Scrolling marquees where a text would be made to scroll on a certain part of the website came into the picture.
• Animated GIFs made appearances on the websites.

These graphic elements made websites more appealing, they really did not enhance their performance. Some of these features are still used those who are still true to their roots.

Come the late 90’s, most of the designers had shifted their focus onto creating user-centered websites and applications, how the end users would interact with what they were designing. A very key game-changer that was introduced during this time was Flash, which was a software program whose role in the evolution of web design cannot be under looked. Although in recent days developers are moving away from Flash.

In 1999, Microsoft created Ajax. Ajax is the idea of using JavaScript to enhance performance of web browsers. Although awareness on existence of Ajax was low due to the fact that developers had not acknowledged that one could use JavaScript to program.

By the early 2000s, Cascading Style Sheets (CSS) had come into the picture and was being used widely. With CSS, the web developer could determine their website’s layout on each page. While HTML contained the text, CSS focused on the visual presentation. With CSS, one could separate the information on the website and how it was represented, meaning the same content would be presented in different ways depending on the CSS. This was a game-changer as it made it easier to personalize the websites. CSS also ensured that websites load faster and could easily be maintained.

In 2004, Google released Gmail. Gmail was very responsive and therefore instantly got acceptance into the market. Its responsiveness was attributed to the use of Ajax. Gmail had JavaScript incorporated into it. It was during this time that programmers started focusing on JavaScript for more interactive and responsive web developments.

One year later in 2005, YouTube was launched. This was a really big milestone as it was the dawn of online video streaming. This meant that now the internet would be used for more. This paved a way to the really interactive and entertaining services we currently experience on the internet as online videos are core, from e-learning platforms to entertainment sites.

In order to enhance responsiveness as well as usability, in 2006, John Resig invented jQuery. Today, John Resig is one of the most influential web developers, as opposed to back in 2006 when he was just a graduate when he released jQuery.

In 2007, Apple released the first generation of iPhone. This was a game-changer as it meant that now developers had to focus on designs that would also be responsive in mobile phones. This was very vital as from then onwards, mobile devices would be the major source of interaction with the internet.

In 2008, Apple released its App Store which offered third party developers the chance to have their applications downloaded by iPhone users. This was very critical in cultivating the app culture as now developers had a market to sell their products and services which were adaptable with mobile devices.

The first JavaScript frameworks, BackboneJS was introduced into the technology world in 2010, and it appealed to many developers hence the continuous uptake of JavaScript.
With the introduction of smartphones, and fast internet connectivity, web development projects were now more focused on reducing loading time, security and ease of usability. These principles were key especially with the rise in e-commerce services which were being offered through the internet from the mid 2000’s.

Unlike the years before, right now web developers and web designers have a clearer picture on the potential of use that the internet has. With the rise of the Internet of things as well as many other gadgets of different sizes which can connect to the internet, new design perspectives have come into play.

Today, a web designer has to consider search engine optimization, and how to ensure fast page load time. Fixed size web pages are no longer an option as they may distort the user experience depending on the device they are using.

So, to solve the problem of fixed size webpages, and to ensure that as many devices are adaptable as possible, the idea of “one web” comes into light. This is where adaptive design and responsive features are embedded in the CSS code. This allows the website or web application to automatically reorganize its structure and visual presentation while ensuring the content is fully displayed. This has been enhanced by the introduction of HTML5 and CSS3 in 2014, which have made it possible for modern web applications to work under the “one web” concept.0 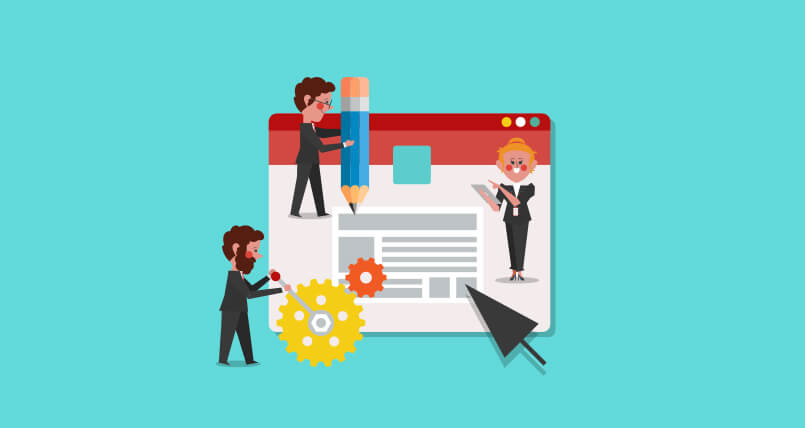 So the general question on one’s mind is, how can I prepare my website for the future based on the changes that have occurred so far?
One of the most important investments that one can make is a very responsive design. A responsive design that is very adaptable to mobile devices as the mobile takes-over has and continues to happen. Responsive web applications are the way to go. Good designers take time to learn what is going on the technology scene, not only the internet scene, but also in terms of devices and new avenues of offering web based services. A few years back, who knew that a watch could be used as a mobile device and even aid in running day to day activities such as home automation.

The bottom line is that in this age and time, one can do a lot using the internet and how easy it is for one to interact with the clients largely depend on the working of your web sites/applications so to ensure your brand stands out, take advantage of the milestones achieved in the evolution of web developments and set up a website/application which for sure is from the future. One that is very flexible and personalized.

How to Setup a Campaign For Guest Posts Like a Pro