‘Learn once, write anywhere’ — that’s the philosophy behind React Native. It means that although Android and iOS differ a lot, React Native makes it possible to develop an application for multiple platforms at the same time. Once you’ve acquired this framework, you won’t need any other technologies to use because your only tool is JavaScript.

You may have already discovered the pros and cons of React Native and tipped the scales to the side of learning it. What’s more challenging now is trying to figure out where to start. Map out your journey to React Native by getting answers to these questions:

Why Do Programmers Learn React Native?

Cross-platform development is popular because it helps make beautiful interactive UIs and is cost-friendly, so a programmer always has diverse and fascinating projects to work on. The 2018 comprehensive survey of the state of JS highlights other advantages of React Native. Most of all, developers value its package ecosystem, a neat programming style, and Facebook support. The Facebook team provides specialists with extensive documentation, which eases the learning process considerably. 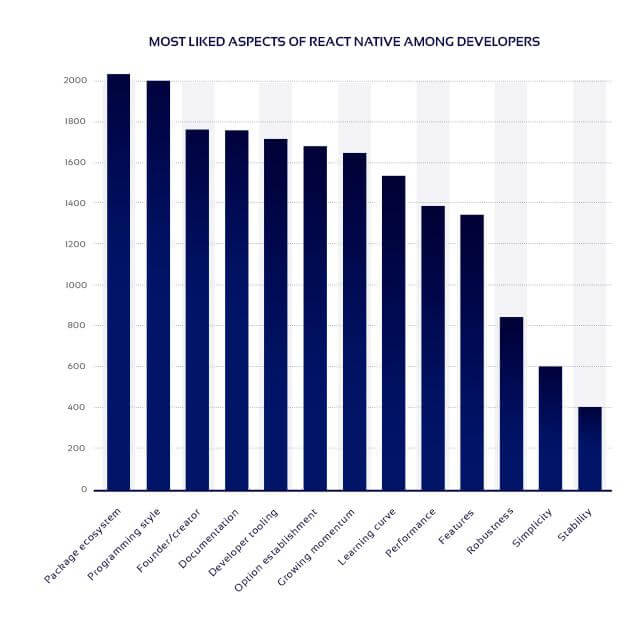 Apart from what the last-year official statistics on JavaScript points out, React Native stays one of the most utilized mobile development frameworks in 2019 because it lets developers:

Is It Difficult to Learn React Native?

The answer depends on your previous programming experience. If you start from scratch, you should master HTML, CSS, and JavaScript first. Some novice developers take up React Native in parallel with JavaScript and manage to write functional code. It’s often of poor quality though. As work gets more intricate, with insufficient knowledge of JS, more time goes on detecting and fixing bugs.

If you are no stranger to React.js, you’ll find React Native easily approachable. The Facebook team structured React and React Native the same way, but the elements of the latter are slightly altered. So, when a more experienced developer gets a peek at React Native code for the first time, it will be no problem to make sense out of it because of the familiar component-based nature.

What to Start With? 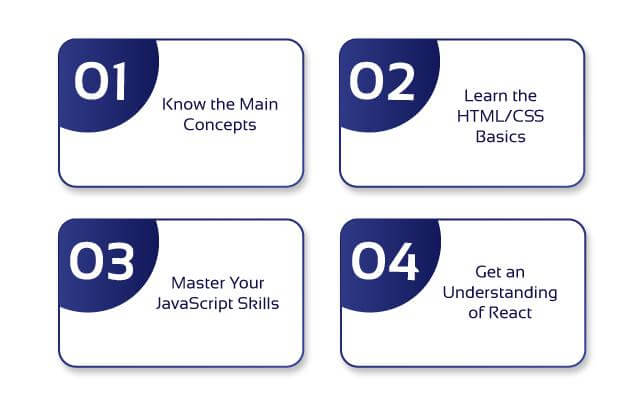 You should dig deeper into the basic concepts of React Native. The three core elements that you’ll be coming across all the way you work with this framework are:

Get a Basic Knowledge of HTML/CSS

Knowing web development first is a must, though you don’t have to dig too deep into it. Since React Native uses no HTML and CSS in their typical understanding, some would say knowing these web technologies isn’t necessary. However, as similar principles are the ground for all these technologies, knowing the basics of HTML/CSS will help dive in React Native development faster.

If you aim at making exceptionally great UIs with React Native, a JavaScript manuals must become your handbook. React Native relies on the ES6+ JavaScript standard that contains detailed information on JavaScript syntax, namely:

The challenge you might face here is that JavaScript changes dynamically. Each year there are new additions to existing JS standards, that’s why you must constantly follow updates on it.

Optionally: You can also think of learning JSX. This is an extension to JavaScript that generates the elements of React and renders as HTML during compilation.

Get an Understanding of React.js

React Native is React-based that’s why they share the same idea of components building. The difference between React and React Native is the type of an app you can create with each technology. Developers use React for web applications while React Native lets them create a real mobile application that renders native elements and imitates native look and user experience.

What Tools to Use?

There’s an ecosystem of additional tools around React Native that allows programmers to work on an app and solve problems. To start your first React Native app, you’ll need to set up your programming environment and configure it correctly. So, the core list of tools for you would be:

What Resources to Rely On?

To start practicing, you need to gather some references to rely on first. There’s top 3 study materials compilation that can help you acquire solid programming skills of the web technologies, React, and React Native:

The 3 Best HTML, CSS, and JavaScript resources for learning:

Learning a new cross-platform development framework seems time-consuming and challenging because it’s a complex process that requires previous knowledge of web technologies. It’s worth the time though. As soon as you master React Native, you’ll be able to create beautiful front-end part for both iOS and Android platforms at the same time. Hopefully, this article will be a helpful resource for you to begin moving towards your goal effectively.

How Connectivity Is Driving the Future of the Car?

Customer Experience Revolution Is Here, Thanks to Artificial Intelligence!