Li-Fi or the Light Fidelity is one of the internet-related technology which you should watch out in the near future. Already, people are referring to it by several phrases like “the Future of the Internet”, “Next Big Thing of Internet”, “Li-Fi: Enabling Rapid Data Transmission” and a few more.

On a quick note, Li-Fi is a simple and relatively new technology which has the potential to transmit data by using light. It is capable of providing the internet speed which can be 100 times faster than any Wi-Fi.

Today, most of us are connected to the internet because of some or other reason. For many, it is useful and for the few, it’s bad. But this is the topic of discussion for some other day. Now, let’s focus on Li-Fi: The Internet Technology of Future!

Accept it, who doesn’t like the fast internet! I mean we are living in an era where the internet has become a necessity for completing our daily tasks. When you’ll step outside your house, it won’t be hard for you to find all ages of people using the internet. They are using it for accessing the correct information from any place and at any time. This trend has become so common, that from the public queues to the dinner table, everywhere people are using the internet.

Definitely a few decades ago, this all would have been an awkward situation but today, it’s all about “following the trend” or “being updated”. And guess what? It’s all because of the internet. Well, not all but most of it… 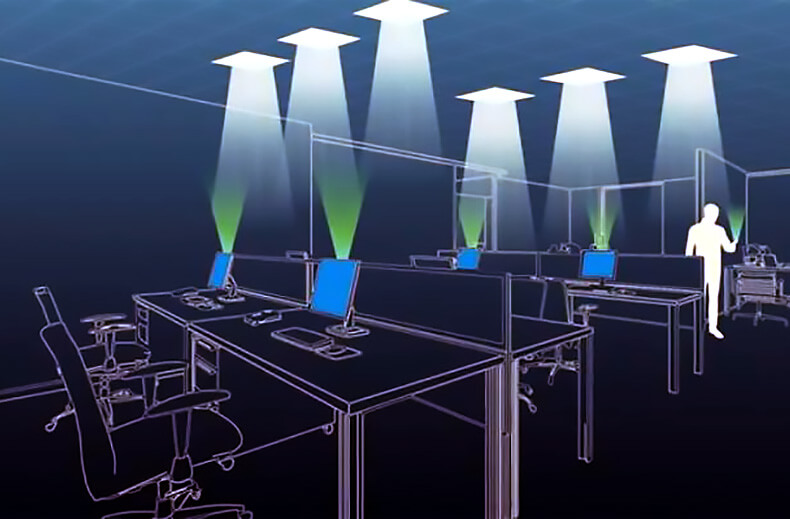 Light Fidelity concept was first proposed by Professor Hass along with his team of Dr. Gorden Povey and others at the University of Edinburgh. The underlying aim of this technology was to transmit the data via light. It transfers data way quickly than any Wi-Fi in a limited region and also provides numerous other benefits.

The ideology behind Li-Fi is to use LED lights for transferring data by varying the light intensities faster than any human eyes can perceive. In simple terms, it can be referred to as a light-based Wi-Fi which uses light instead of radio waves to transmit the data.

Light Fidelity uses visible light of electromagnetic spectrum from 400THz (Red) to 800THz (Violet). This act as an optical carrier for data transmission. Furthermore, it uses fast pulses of light for transmission of information in the wireless medium. This technology usually consists of 2 major components i.e. an LED for data transmission and a silicon photodiode which acts as the receiving element.

Now with this architecture, data input is encoded to the light by varying the flickering rate (at which the LEDs flicker ‘on’ & ‘off’) for generating different strings of 1s and 0s. It happens so rapidly that a human eye can’t notice it and the light appears constant to humans. This helps in transmitting the data in the form of light in accordance with the incoming binary codes. Here, switching on an LED is a logical ‘1’ and switching off is a logical ‘0’. The information is encoded in the light to different combinations of 1s and 0s and it is achieved by varying the rate at which the LED flickers on and off.

Typically, the LED or transmitter is connected to the internet through the modem and the receiver or light detector receives the data. It is then decoded and displayed on the device connected to the receiver. Flashing the LED numerous time or using an LED of different colors can help us in providing the super-fast internet. Furthermore, the speed can be enhanced by using various LEDs for parallel data transmission.

Now The Question Is, Why Li-Fi?

Yes, it is fast, provides good bandwidth and can be efficient but what else? Well, the atmosphere in which we are living comprises several waves like X-rays, gamma rays, ultraviolet rays, infrared and others; among all, we can technically use any of these for this technology. But the main reasons behind choosing the light is its availability and the minimal harmful effects to humans which can occur because of the other waves. Additionally, these waves are followed by other disadvantages like-
– they are expensive
– high energy consumption
– some of them can be dangerous for human health
– availability in certain situations such as in airplanes or any other
– some of them can only be used with low power or else becomes harmful

And, here are some of the advantages of Li-Fi 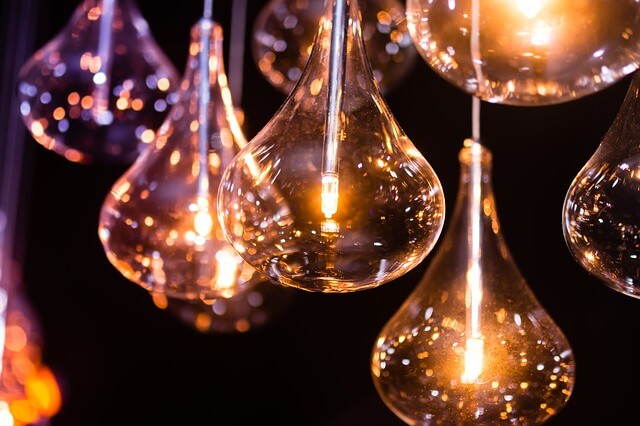 Li-Fi successfully overcomes the majority of the limitations which users faced while using classical radio wave transmission such as Wi-Fi. The advantages are:

1. High Speed- Its ability to provide high bandwidths, high-intensity and low interference helps in providing super speed internet of around 1Gbps or even more than that.
2. Efficiency- As it uses LED illumination which is already present in homes, offices, malls, etc, Li-Fi will significantly reduce extra energy consumption making it very efficient in both the costs and energy requirements.
3. Availability- It will never be the issue as light sources are present almost everywhere. With this technology, the internet will be present at any place having a light source.
4. Cheap- The requirement of fewer components and negligible extra power makes it cheaper than any other form of data transmission.
5. Secure- It is one of its biggest advantages because light can’t pass through opaque structures, unlike Wi-Fi. This prevents its interception and misuse by anyone working outside the area.

Both Li-Fi and Wi-Fi can provide internet access and both of them uses the electromagnetic spectrum for transmitting data. Wi-Fi can be used for internet covering building, campus or compounds whereas Li-Fi will be ideal for providing high-speed internet in a confined area or a room. Here’s a brief comparison of Li-Fi technology with other communication technologies:

What Are The Areas Where Li-Fi Could Be The Game Changer? 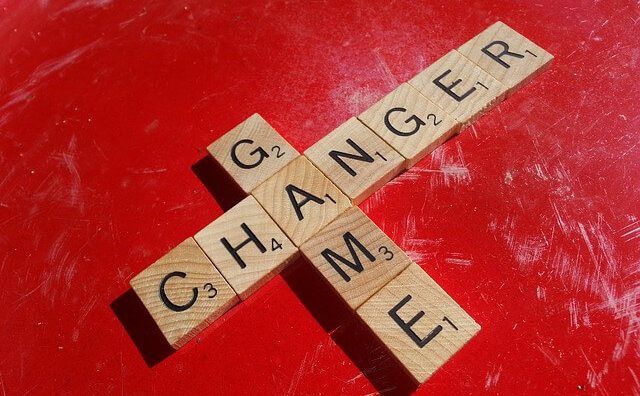 It can be utilized in myriads of fields for the multitude of purposes. More importantly, it can be used at places where Wi-Fi technology can’t be used like aircraft, operation theatres, power plants and others. We can also integrate Li-Fi in street lights or underwater helping people to access the internet at any time from anywhere. Some of its possible applications can be:

Be it mobile phones, tablets or even laptops, all can connect easily with Li-Fi having super speed internet with increased security.

Li-Fi has the potential in replacing the Wi-Fi from educational institutions and companies. Its fast speed can be very useful for video conferences, downloading heavy resources and streaming high-quality educational or training videos.

As Wi-Fi can interfere or blocks the signal of monitoring devices, it is not used near any sensitive region of a hospital. Contrary to this, Li-Fi doesn’t have any electromagnetic interference which makes it usability possible around medical instruments, MRI scanners or operation theatres. This could be helpful with robotic surgeries and other automated procedures.

During the event of any natural disasters such as an earthquake, cyclones, hurricanes, tornado, tsunamis or others, Li-Fi can be installed for providing connectivity to the people.

Interference from radio communications can be dangerous in mines or power plants. To overcome this, Li-Fi can be used which can act as a safe substitute providing abundant connectivity. 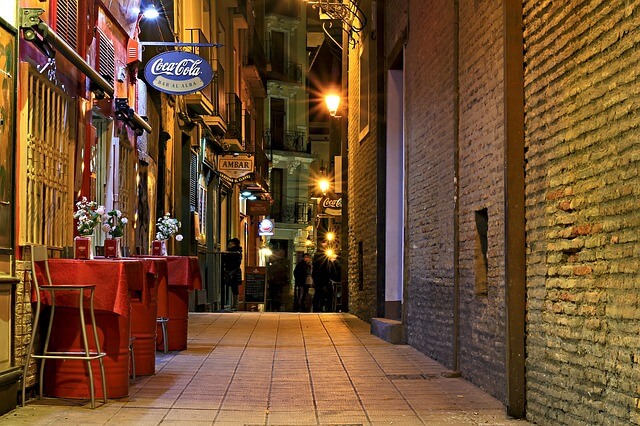 In forthcoming years, public lighting systems such as street lamps can be transformed into Li-Fi hotspots for providing internet access to the public. Moreover, the same technology can be used for monitoring the lighting.

Some individuals are sensitive to radio frequencies and will be elated to know that Li-Fi can be the solution for their problem.

People traveling in the aircraft can benefit the most from this technology. Currently, using the internet in any flight is prohibited because it may interfere with the navigation systems. Li-Fi can be integrated with the LED lights installed overhead. This new technology can also be used in-flight entertainment systems providing high internet speed.

The sensors can be installed in the televisions which can receive information from the transmitters present in the game consoles. This will help in playing the game from any corner of the room till there will be a direct line of sight to the sensors.

Water strongly absorbs signals which is the major limitation of using the internet under the water. In this scenario, Li-Fi could be the game changer as light has no such effects. Till now, divers and researchers used large cables for supplying power and to receive signals but the length of these cables can again be the disadvantages. However, if the wires were replaced with the high-powered light, then divers or anyone else could explore more freely. It could be equally beneficial for military underwater operations too.

What About Its Disadvantages? 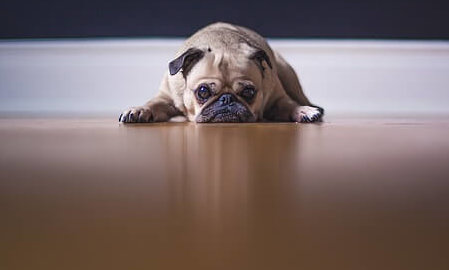 Enough about the good things, now let’s have a look at its major limitation.

1. First and foremost, people can not access the internet without a light source. This issue might not come in the developed countries but in developing countries where power outage is common, this might be the biggest concern of Li-Fi.
2. It could only work in transparent regions where light can pass. Any obstacles affecting the light can affect data transmission.
3. As light can not pass through walls or doors, Li-Fi will have a shorter range than any Wi-Fi.
4. The major requirement of Li-Fi is a perfect line-of-sight for transmitting data efficiently.
5. Other lights like sunlight, natural light or normal electric light can affect the internet speed.
6. Initial cost will be high which many average income people won’t be able to afford it. But don’t forget that this was also the case when mobile phones arrived in the market.
7. It is still in its early phase and several people don’t even know about it. Li-Fi has still a long way to gain its popularity. 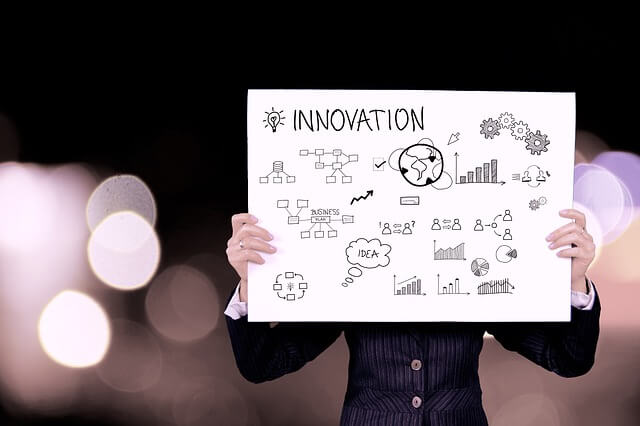 Already, in 2014 one of the Li-Fi pioneers “pureLiFi” joined the Lucibel a French lighting company to produce Li-Fi enabled products. Currently, pureLiFi has already created various devices which can be integrated into a mobile phone case, laptops, overhead lights and others. According to their websites, some of these devices are capable enough to provide the bandwidth of up to 1 Gbps.

Now, a well-known brand Philips has invested in Li-Fi developments. According to some reports, this technology was tested in Dubai in 2016 and there was news of Apple building their future iPhones having this technology. Another French-based company Oledcomm is providing Li-Fi related products like Desk Lamp, LED lights, street lights, modems and a few others.

To read more about internet businesses you can read: Should We Invest in Internet Businesses? 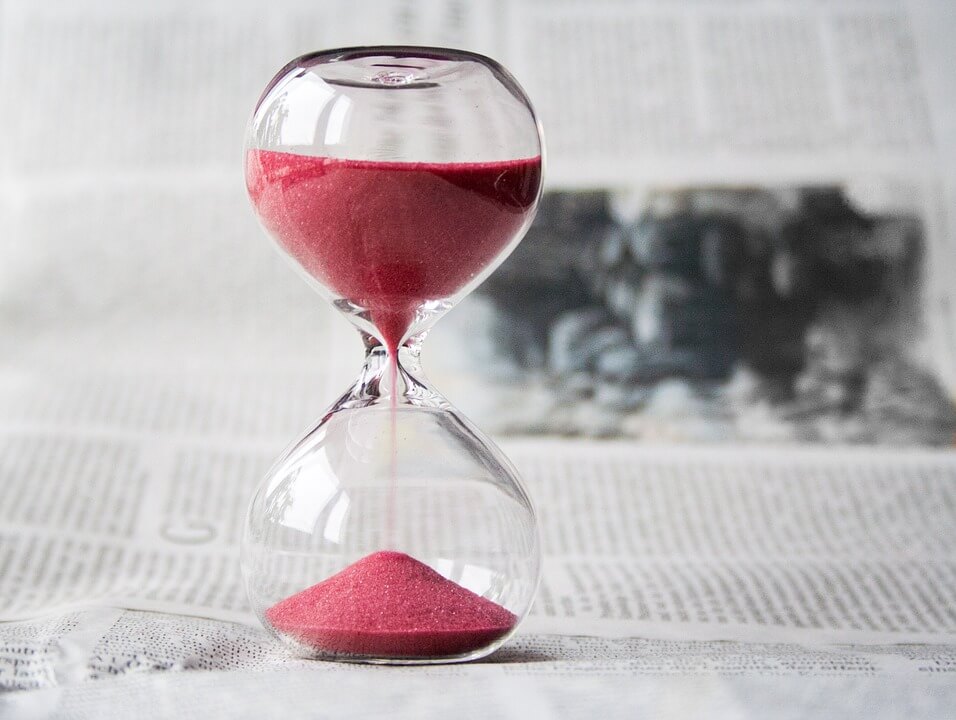 This technology has come a long way since 2011 when German physicist H. Hass introduced this technology to the public in a TED talk. He used a table lamp having LED bulb for transmitting the data to show the video of a blooming flower. Looking into the future, I still think there is a long road awaits for Li-Fi to become popular and accessible to most of the people. But whenever this technology will come, one thing is sure that it’ll leave a great impact in the field of internet removing all its major barriers across all the sectors.

Its potential and capabilities are enough to make Li-Fi technology one of the strongest candidates for 3rd generation communications after the wired and the radio networks. Although, only handful of companies are currently working on this technology, in near future, similar to blockchain or Zero Knowledge Proof, it might also become the subject of interest for the investors all over the world.