It’s no news that Warren Buffett is a maverick and a mogul when it comes to stock investing. The man started investing professionally at the age of eleven and since then, he is the second richest person in America and fourth in the world (as of 2017) and has touched financial epochs like very few have been able to. It is true that Buffett, unlike few other billionaires that come to our mind, earned multiple university degrees and didn’t drop out of them mid way. He graduated at 19 from the University of Nebraska, developed his investment philosophy at Columbia University around that of the value-investing pioneer Benjamin Graham and specialised in Economics from the New York Institute of Finance before taking on business partnerships. However, many other people must have earned similar educational degrees. It takes something entirely different (read a touch of genius) to think and invest like Warren Buffett.

Over the decades his tips on wise stock investing have left people bewildered for the brutal simplicity and clarity that they offer. In this article, we’ll look at the most important pointers along which Warren Buffett says he has modelled his investments. Let’s go through the nuggets of investment wisdom from the CEO and Chairman of Berkshire Hathaway and a man whose net worth in 2017 is estimated at $76.9 billion. 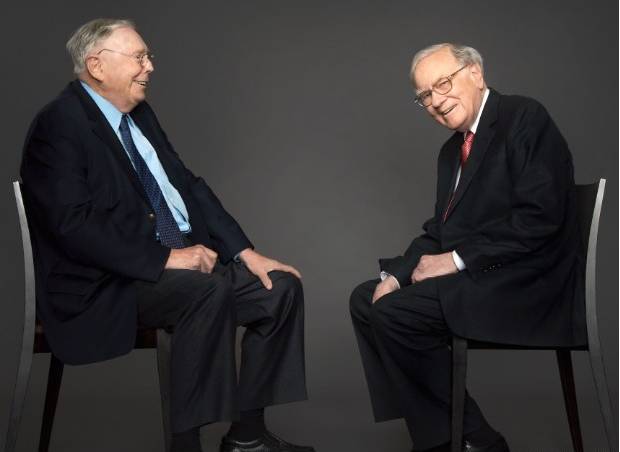 Influence of Ben Graham on Buffett

As mentioned above, Buffett allots a lot of importance to Benjamin Graham’s value-investing ideas. He has been quoted as saying that he would have a very different future had he not read Graham’s book called “The Intelligent Investor” in 1949. Because Buffett seems to have been influenced in great parts by Ben Graham’s ideas on investing, it is worthwhile to have a brief look at his ideas that changed the way Wall Street behaved. In fact, Ben Graham and Warren Buffett not only worked together later, but it was the former that led the latter to become the adept investment specialist he became.

Ben Graham’s core idea was to look at numbers through an unbiased eye and not pay attention to subjective inferences about a stock floating around. He also introduced what came to be known as the “intrinsic value” of a share which to put it simply is the value of a share taking into account its future earning potential. This attitude of taking the long term perspective into consideration can be found in Warren Buffett’s business ethos in an unaltered manner. No wonder Buffett has been reported to say in the earliest days of his career that “I am 85% Ben Graham.”

But Warren Buffett surely has much more to offer people interested in learning to invest in stocks than the remaining 15%. You might think that the first step is to check live commodity prices but Buffett’s first concrete step in investing on a stock seems to be ‘invest in the company you understand’. He is of the opinion that unless one understands the mechanisms of how a particular company functions or operates, one can by no means forecast the health of the company in the times to come. Since investing is mostly about having a futuristic perspective on the behaviour of the stock market, understanding the fundamentals of a company is a must know for the intelligent investor. Therefore the first step is to analyse the business one is about to put his money into. 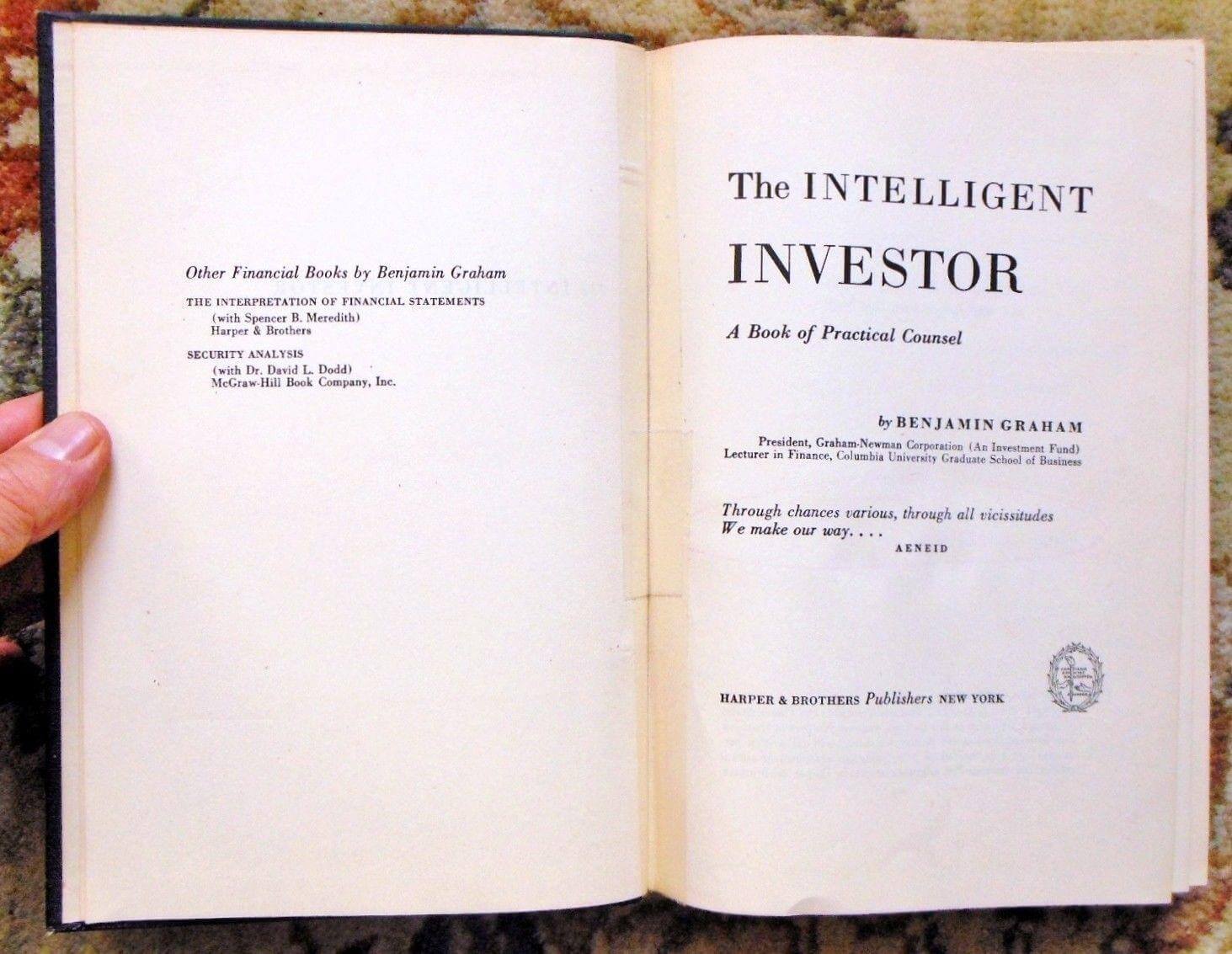 How to understand the company?

The tricky part of Buffett’s investment ideology is about gauging the management of the company one is going to invest in. He wants to invest in companies which have a management blessed with the virtues of rationality and honesty. People have investigated and interrogated into these points to figure out what Buffett really means, and this is what it boils sown to: a) the company’s management must have a rational bent of mind which allows it to reinvest earnings and profits as dividends in the most logical way possible (i.e. without allowing the greed to accumulate profits contaminating their decisions) and b) the management must be honest with its shareholders and admit its mistakes when it commits them.

Apart from these few tests, Buffett tries to understand if a company is undervalued. He solves this by what had been referred to above as the measurement of the intrinsic value of the concerned company which does not take into the value of intangible assets like the brand value, goodwill or patents of the company. Warren Buffett is interested in the value reflected by the financial statements of the company and by combining them with the above facets he reaches an estimate of the worth of the company. This ‘worth’ calculation will guide the investor to want to buy its stocks or otherwise.

The broad outlook to invest better

A recurrent theme in Warren Buffett’s investment tips is to think of stock buying as a business by itself, to invest keeping the long term in vision and to approach it mathematically. A common example cited by analysts who have tried to understand Warren Buffett’s spellbinding investment decisions is that of buying a high end jacket for say $400. Now, this might sound to be an unadvisable expenditure bordering on flamboyant extravagance spending, but Buffett asks one to approach the investment this way: say the jacket is used twice a week for a year. Then the cost per use of the jacket comes to around $4 which is a great deal, especially if the owner feels comfortable and happy to be wearing it. This example might sound too trivial but this is at the heart of the colossally successful business decisions made by the investment oracle. 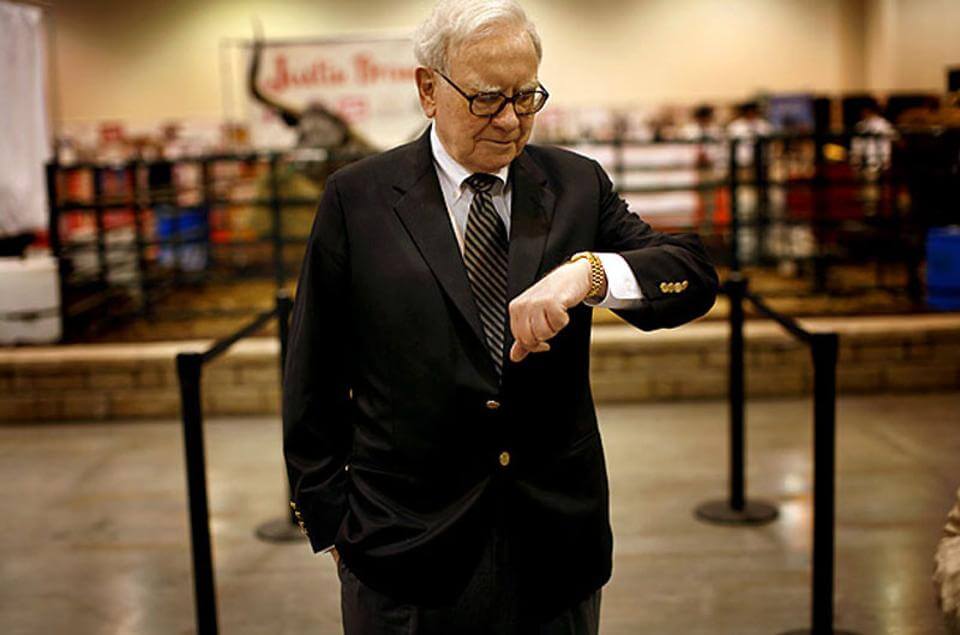 Warren Buffett, let’s not assume is a Mammon worshipper of a heavyweight investor. In fact he has expressed as recently as May 2017 that he wants somebody who is already very rich to be the next CEO of Berkshire Hathaway such that s/he is not motivated by money to drive the company forward. Those are words that are hard to come out of a person’s mouth whose business essentially is about trading in money.

But the catch is that Warren Buffett is a giant of our times not just because he is one of the wealthiest men on the planet. He is revered in academic, political and business circles to the same degree and that is because he has given a new impetus to the world of investment trading with the simplicity and profundity of his ideas. His keen interest in philanthropy is also a feature of his magnanimous personality.

Conclusion; –
It might be hard to grasp his ideas at one go, but this summary of Warren Buffett’s core principles surely gives us a glimpse of the uniqueness that delineates this maverick investor. Also, it gives us guidance that should prove to be fruitful to all stock investments we make whether they are small or big in the future.

Learn How To Get Started With Sails.js

5 Link Building Methods That Are Dead in 2017