Technology, like mother nature, relies on its ever-evolving quality to give new trends of adaptability to life. We have come a long way from the industrial revolution booming in the British Empire to the cars predicting collisions on the road and carefully abating them. Humans have been consistent too in challenging the new norms of technological advancements and made the way for significant progress.

Machine learning is simply giving the authority of prediction to machines by gathering information from previous events. With the use of algorithms, these machines can produce results that are desired by their creator.

You can also read The Importance of Artificial Intelligence To Humans for better insights.

The genesis of Smart Houses 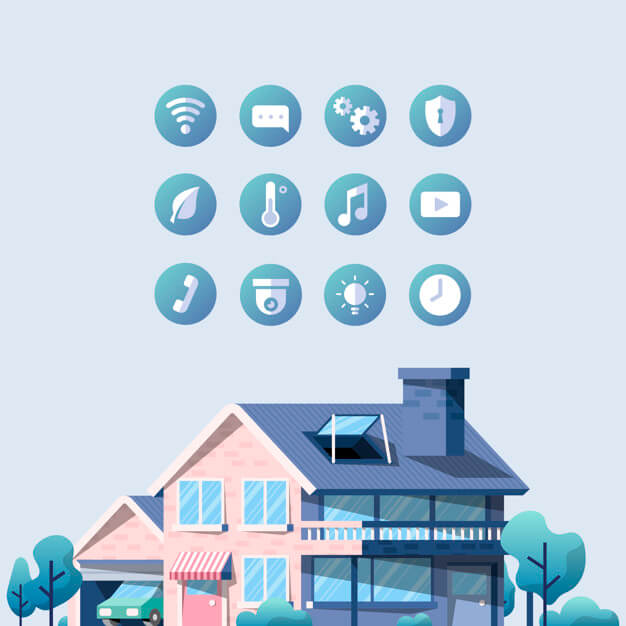 Most are familiar with Jarvis from the movie Iron-man. NLP or Natural Language Processing isn’t that far off from the highly equipped armor of Robert Downey Jr. As the program paves its way to India, they are likely to be used as a commodity for smart houses. Exchange of data that is key essentiality of the Internet of things; something that is vital in Natural Language Processing.

‘Siri, why don’t I have a girlfriend?’

The infamous meme of Rajesh Koothrappali having a weirdly intimate discussion with Siri brings a wave of laughter to many who are familiar with the show. However, as many such algorithms adapt themselves to understand human emotions, gradually answering a question by audio through such an application might seem to enjoy communicating with a real person. OK Google and other virtual assistants are already being updated to come close to the level of human communication.

Major tech giants such as Google, Amazon and Facebook are unloading their wallets for investment purposes into this field. They see clusters such as retail, aviation, healthcare and banking areas where it could reap benefitting results. Amazon has already applied for a patent regarding their upcoming product called a virtual mirror. According to sources, this mirror will use enhanced facial detections to locate the eyes of the person. Capturing the location of the eyes will give the machine an idea of what the customer can view on the mirror. The algorithm will, therefore, use this data to manage the position of the projector. This will prescribe the wearer, outfits that will complement his or her looks. Virtual clothing will be transferred through the system and will be put on the image of the person in the mirror, giving customers a shopping experience that truly embarks the start of a new era of fashion.

A prior application by Amazon, dubbed as ‘Echo Look’, which helped end users try on different clothing and recommended which would be best suited for the customer. It would take video clips of 6 seconds in order to do so. The user can use the speech to communicate with Echo Look if the application has to take full body images or a six-second clip. The application is gifted with depth-sensing cameras along with computer vision based background that obscures the backdrop and converges on the image of the user standing with the attire on. 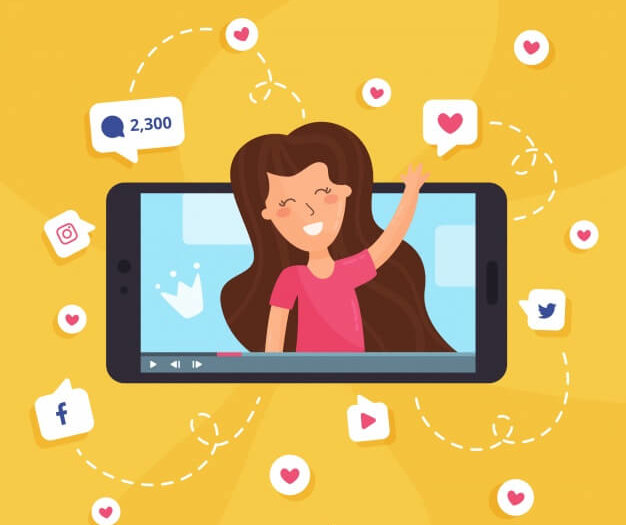 Sentiment Analysis is another facet of the same algorithm where the emotions of the end user can be detected by artificial intelligence and give feedback on the product. Keywords like “love” and “highly valuable” show feelings of satisfaction towards the product. However, with the use of this application, comments and posts about subtle dissatisfied customers can also be detected. Instead of determining the polar sentiments, this program can enhance a greater detail about the emotions related to the product.

Another form of Computer vision is being pioneered by a Massachusetts based retail security firm; StopLift. They claim to have developed an algorithm that promises to reduce thefts and loss of items from store chains. It promotes to halt sweethearting (An act by the cashier to allow their known relatives or close-by employees to take things with no charge) by the cashiers present at the counter. The application ScanItAll works with the Point-of-purchase and existing video cameras inside the store. The algorithm keeps an eye through the video cameras whether all the items are scanned at the counter. If any detection is made where the cashier is unable to process the item under the scanner that item is labeled as a ‘loss’ and the information passed to the relevant department within the company. Later, then the management is the sole authority to decide the next step and improve further security to avoid such mishaps again in the future.

According to StopLift, this new algorithm is capable to blocking all possible methods of sweethearting such as stacking one product on top of another, skipping scanner, covering the bar code and directly packaging everything without being scanned. Some supermarkets in Rhode Island, Massachusetts and even from Australia claimed that it helped, though no official findings or studies have been released.

Secure streets when traveling on wheels 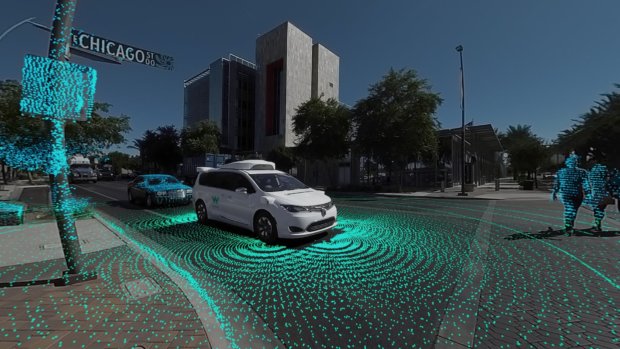 The former Google Self Driving car technology, now known as Waymo, is making excellent gains in the field of self-driving cars and sensor technology on the streets. Google labs have been evolving their technology in this field for quite some time now. The company website claims that these vehicles are adept in detecting vehicles, pedestrians and other blockades from an approximate distance of three football fields. The same website further asserts that the Waymo cars have been tested on seven million miles of the public road to assure people and the creators of its safety.

The technology used in Waymo is capable to detect a cyclist if the person wishes to veer right just by detecting his right arm pointing in that direction. This gives the car the power to judge and predict the next move for the cyclist. “Raindrops and snowflakes can create a lot of noise in sensor data for a self-driving car. Machine learning helps us filter out that noise and correctly identify pedestrians, vehicles and more,” says Dmitri Dolgov, the Chief Technology Officer of Waymo Technologies. The website claims to utilize this technology from logistics to personal and private modes of conveyance.

Going by the experts, in the near future, Healthcare is one field where Machine Learning can have a real impact benefiting both the doctors and patients. And thanks to the rampant transformation of this industry, diagnosis of many diseases would be done more accurately. Cancer- a word that strikes panic into the hearts of the majority of the souls, now has become easier to detect and cure.
Detection at early stages gives way to smooth recovery after the treatment process is complete. Machine Learning has gifted this sector with boons such as Decision Tree, Adaboost Classifier and Artificial Neural Network, all excellent tools to detect abnormalities that could pertain to cancer. 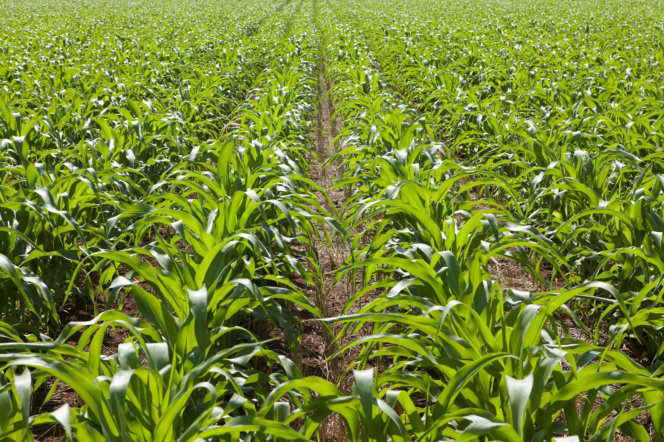 With a decline in the food supply, Cooper and Dr. Mann were forced into the outer space. The Movie Interstellar focuses on how delicately humans are dependent on crops (aside from the super-cool and most accurate 3D depiction of a black hole for the first time). A blight that causes crops to rot can have significant risks for life as we know it.

Even here Machine Learning is using its gifts to revolutionize agriculture. Changing weather patterns occur at a more microscopic level which might not be predicted well by regular folks working in the rice paddy fields. An emerging field called precision agriculture is using autonomous drone surveillance, distributed sensor data and satellite imaging to accurately train AI systems to use the exact amount of fertilizers and only in the area that requires it.

Higher productivity with less usage of water, fertilizers, and pesticides can curb impact on natural ecosystems and also keep pace with the growing population across the globe.

The overwhelming benefits that AI and Machine learning promises to humankind, we can observe with the above examples that this is truly something worth investing in. Though people like Stephen Hawking opposed complete dependency on such applications strongly, the possible cons overshadow the real-life benefits of this field.

In the meantime, if the concepts of AI fascinates you then you can opt for Artificial Intelligence Fundamentals for Beginners online tutorial whereas for learning Machine Learning from the beginning this course would be the best for understanding all the required concepts from the beginning.