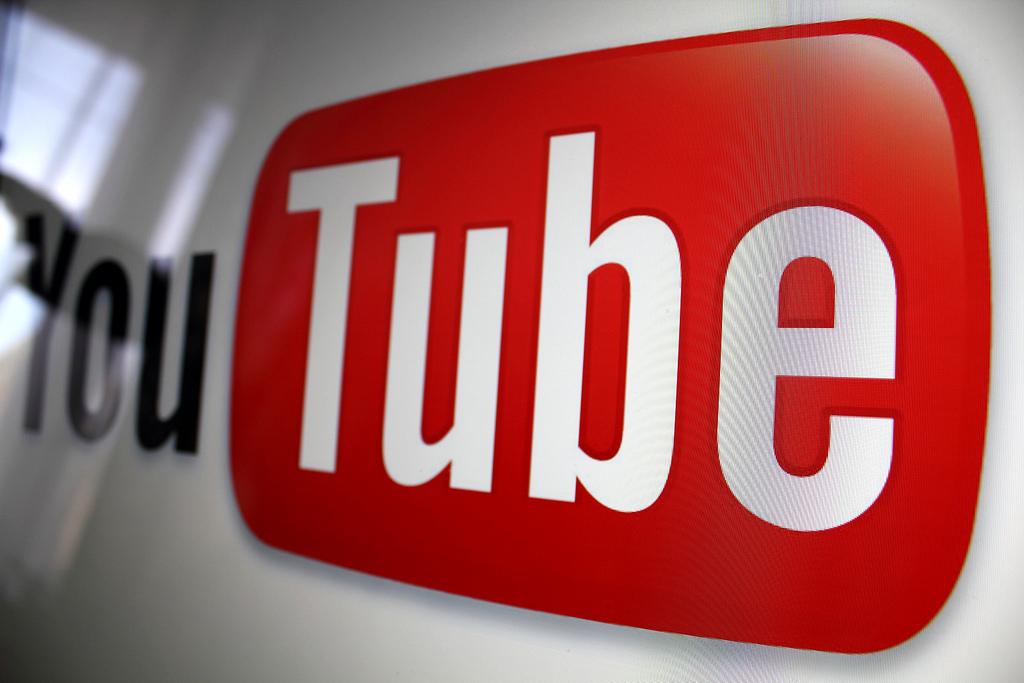 YouTube used to be very strict on publishing any media / press related information to the public, like the amount of registered users it has, or how much the average YouTube star is earning, it’s still true for some of these questions, but it has certainly become more transparent over the years.

You can begin by heading over to the official YouTube Press page for getting some of the official statistics that are available to the public, all of which are frequently updated. 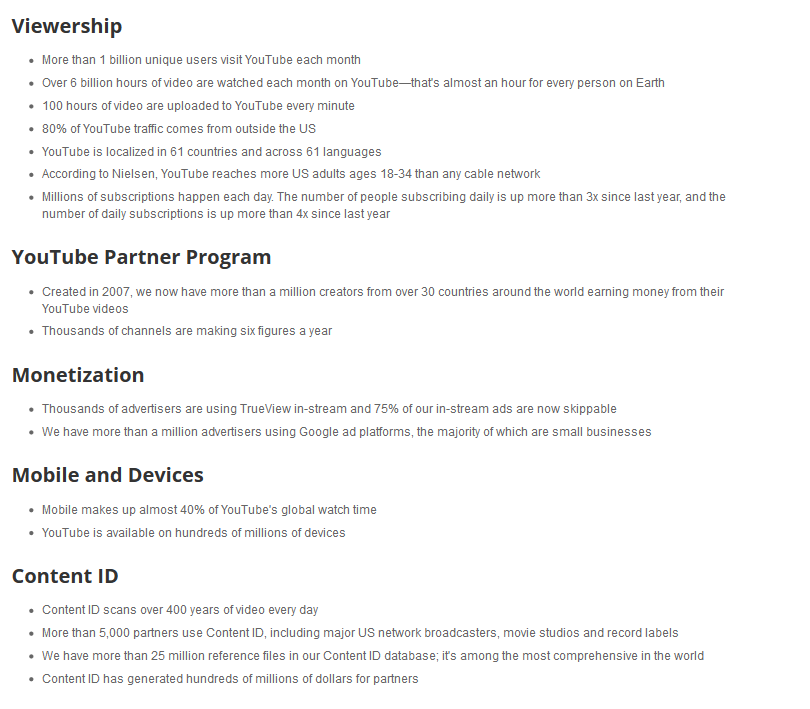 It’s quite some data, and it’s nice to see YouTube being transparent about their partnership program, which has enabled so many people all around the world, to make a living through their interactive and engaging YouTube videos. Just a few years ago, you had to go through a process of uploading videos, and gaining a certain number of viewers, before you’d get ‘invited’ to the partnership program.

Now, it’s as easy as ever, and all you need is a Google account (AdSense approved), and of course some videos to upload, that people would watch, and maybe click on the ads while doing so. It’s definitely gotten much more easy.

But, the question we are looking to answer is, how can we maximize our potential of earning money, gaining more subscribers and even website visitors? What are the things we need to take a look at, before we’re able to compete with those YouTuber’s who’ve been around for years?

It’s worth noting that YouTube was able to generate $5.6 billion dollars through their advertising platform, the total amount that advertisers spent on video marketing.

I’m writing this post with SEO people in mind, and so the first tip that I want to go over, or at least mention briefly is that there is no real value in trying to build links from YouTube videos, to your homepage, website or blog. If you’re in it for links, stop now and reevaluate your options. Unfortunately, YouTube is using the ‘rel=”nofollow”‘ tag for all of it’s content and so stuffing the description with unfortunate amount of links isn’t viable.

One of the downsides, of everyone being able to earn money is that there is obviously going to be competition, at least for some of the most popular niches. But, 85% of that competition is going to be just people looking to make money quickly, offering very low quality videos, often without sound or real valuable material.

Your task is to identify this, understand it and then continue building a legitimate YouTube channel (brand?) with quality content, which displays both your personality, passion and the willingness to help people. I’ve seen it happen numerous times, where people who are honest and genuine, one day become the main source of content for a lot of subscribers.

It’s almost like a motivational quote, but rightly so. I’ve seen this happen many times, were people are being too hard on themselves, because someone else is doing better than they are currently. I’m of course talking about competition, but in a friendly manner. You don’t always have to compete, and I cannot recommend engaging others as friends enough.

In blogging, it’s a vital step to reach out to others, and ask for help with both spreading the word, and of course with generating feedback and reviews from other experts. What I’ve learned is that, it never hurts to ask, and in the worst case scenario, you’re simply going to get ignored.

Look for YouTuber’s who’re doing well – even those who’re not – and reach out to them, perhaps think of a way you could create a series of videos together, something like that. In the best case scenario, you could meetup with the given person in real life, and brainstorm then. Obviously, you both are going to be winners.

Give Your Videos Time to ‘Sink-In’

You’re most likely not going to become a superstar, with a single video. It has been done before, but it’s a very unlikely chance, and usually leads to different work paths than you’d initially want. With this in mind, it’s important that we allow our YouTube channel to grow naturally, and if we’re producing really good content, it’s not going to be long until we’re seeing more and more views.

To finish the post off, I’m going to leave you with the following tip.

Make Sure You’re Using All That YouTube Has to Offer

I’m of course talking about descriptions, URL’s, optimized video titles (but not necessarily to just bring in views), and even commenting on other videos, which is bound to bring in more visitors to your channel. Your YouTube video description is often the place where people look for context, and ways of following you.

Make sure you’re always giving your viewers that which they might be looking for, sometimes you’ll know this intuitively, but most of the time it’s going to be a good description, some links to your website and social media channels, and a three to four sentence context, explain why the video might be important to someone.

Now, all of this of course is relevant if we’re willing to invest our own time into this, without expecting much of compensation in the first couple of months. If you’re truly good, and the majority of YouTubers see you as a potential star, you’re going to get those views rather quickly. That’s how it works.

Taking Time Off from Working at Home to Relax and Recharge