Did you know that the number of smartphone users globally crosses a whopping 3.2 billion? As the world moves towards digitalization at the full pace, an obvious shift has been observed by people towards smartphone use.

With smartphones becoming an integral part of people’s lives and everyday routine, mobile apps development has also become a trending skill. Every app development freelancer or agency is looking to come up with intricate and innovative app ideas to mark their position in the app development market.

This article brings you the most trending ideas and concepts regarding app development that are ought to change the face of mobile applications.

So, if you are an app developer in DC and are looking for the opportunity to make your mark, you have landed in the right place. Without wasting any more time, scroll down to get an insight into all the app development ideas that can change your fate.

Before moving onto the upcoming trends, let’s just get our facts straight about the previously trending ideas in the mobile apps market and how well you can do if you gear yourself up to work on any of these as an app developer in DC.

A Look Around at Mobile Application Development Industry

Starting off with the overall business and revenue generation in the mobile apps industry, the market managed to gain a net revenue of 461.7 billion US Dollars in the year 2019 and is expected to cross $800 billion by 2022, with the use of paid apps and in-app advertisements.

As per Research, the most trending gaming apps that were loved by people during the pre and post covid times included games like Among Us, Call of Duty – Mobile, Subway Surfers, etc. However, in the non-gaming sector, Zoom Cloud Meeting remained on the top of the list, followed by TikTok and Disney+. 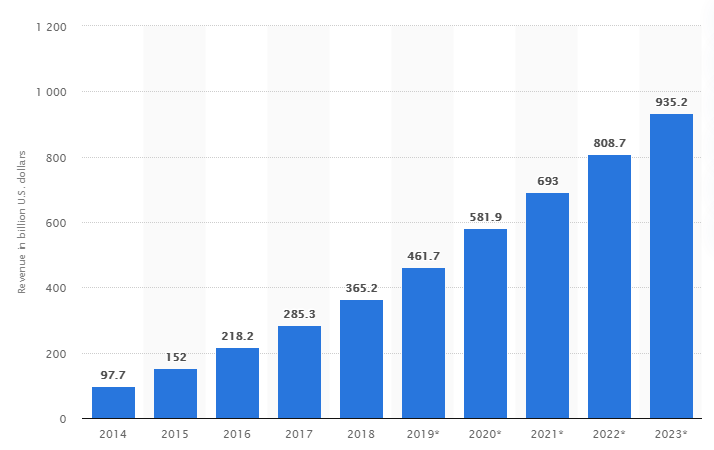 Moving on, while the world was hit by the Pandemic quite hard, there were and still are several app categories that shined through the rest. This majorly included social media apps that allowed for better collaboration and communication among people. 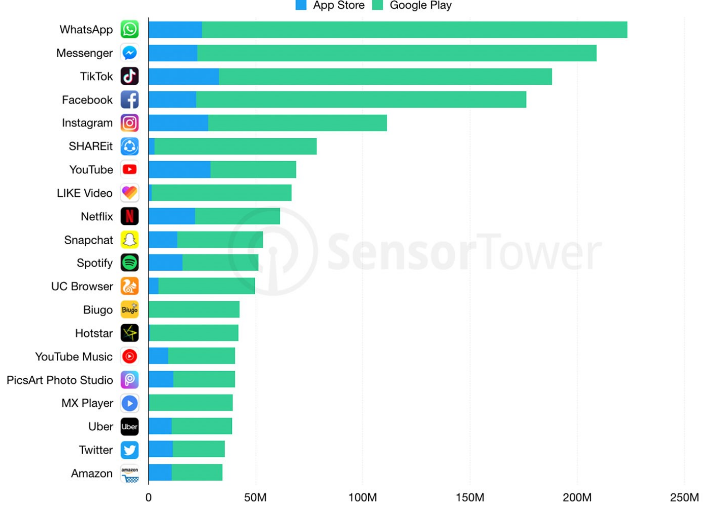 On the top of this list was WhatsApp, which still happens to be the leading social media mobile apps to be loved by the users, followed by Facebook Messenger and Twitter.

While the world was on an ever-elongating pause and masses were forced to stay at home, the majority of people turned towards online shopping and delivery services to fulfill their needs.

Along with this, seasonal sales such as Christmas, Black Friday, and Cyber Monday added just the right amount of flavor to the curry.

With a whopping gross sales of $60 US dollars on Cyber Monday, 2020 saw a whopping 29% rise in the net revenue. Whereas, Sales like Black Friday and Thanksgiving experienced a nearly 45% increase in overall sales through mobile apps.

Online and cash-less delivery became a trend. There was a clear interest among people regarding mobile apps like Cash App by Square Inc., which was the most used free mobile app for cash deliveries.

With a continuous delay in reopening schools and colleges due to covid-19, educational institutes eventually moved towards educational mobile apps to release the increasing strain.

As a result, the widely used and downloaded mobile applications included Google Classroom, Schoology, and Canvas Student. A report further adds that the dependency on these applications severely increased post-August and continued later.

Despite covid-19, educational and E-learning apps have undoubtedly made a significant mark in the industry for several good reasons. Click here to get a better insight.

Some other mobile application development industries that saw a remarkable peak in the previous years also include the healthcare apps industry, entertainment apps industry, and so on. Here is a list of all the trending mobile apps in different countries of the world during covid-19.

Moving forward, let us have a look at the upcoming mobile app development ideas that would be making trends in the near future.

Along with the already mentioned industries, which are undoubtedly highly saturated, several new app development trends are to make relevant changes in the coming times.

While the tech and mobile app development leaders have started working on these, several app developers in DC are competing to hit the right cord. Below is the list of all the important upcoming trends in consideration.

We all would have heard about the famous FaceApp mobile app that made rounds for converting the user’s photos into an older or younger version of them. The app made interesting use of Artificial Intelligence techniques that attracted several million users and resulted in net revenue of $1 million in 2019.

The collaboration of Artificial intelligence with machine learning is becoming a new trend in the mobile app development industry, with several developing techs like Google and Cortana stepping in it.

As per Research, machine learning in mobile app development is expected to become the big fat industry with annual revenue of $9 billion. If you are an app developer, getting your hands dirty with AI and ML can definitely lead you to a place where there is no coming back.

OLED Foldable devices by Samsung have brought a major change in the mobile app development industry with extended use of technology and technique. While foldable phones require better screen coverage and continuity from the mobile apps and app developers, the incorporation of this feature is something to look out for.

In 2018, by announcing the integration of relevant APIs in android to support screen continuity, Google became one of the first ones to support the technology, followed by Facebook, Spotify, Twitter, Microsoft Office, etc. Although challenging, it is one of the most trending technologies you must look into if you are an app developer.

A very deep, technical, and highly sustaining internet of things is no new concept in the digital world. While the term refers to connecting all the technological devices to the internet for improved and continued functioning, the integration of the concept while mobile apps have also started to make rounds. From several security apps to home automation mobile apps like Smart Home, the trend for this collaboration is increasing. With the IoT and mobile apps integration globally resulting in nearly $161 billion, this trend can be very fruitful for app developers.

The use of wearable devices in the form of smartwatches, fitness bands, and trackers have been growing for years globally. In the United States, there is seen a clear likeability for it, which is expected to grow further (see the chart below). 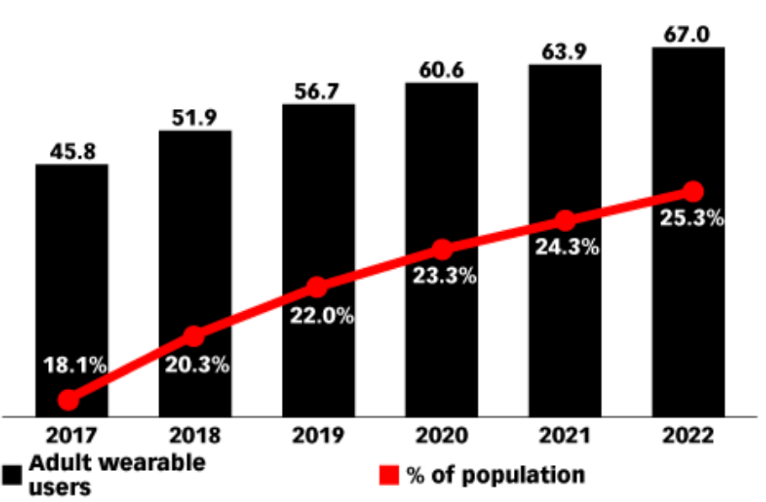 Although the growth in the field has been steady, there is still seen a significant interest by several independent app developers and companies, along with tech giants like Apple. Therefore, considering the field for mobile app development as a developer can give you a leap.

with everything, from businesses and transactions to learning and scheduling, becoming more and more dependent on smartphones, the new idea that has come up involves cashless payments. Whether delivery service apps or E-commerce apps, the majority of mobile apps involving transactions have moved towards integrating Mobile Wallets. As per Research, an approximate number of transactions through mobile wallets in 2019 calculates up to $6.1 billion and is expected to double in coming years. Mobile wallets are definitely a go-to trend for app developers in 2021, as it has major growth prospects.

Mobile application development is one of those skills that are to experience unstoppable growth in the keeping years. Although the market is saturated with a pretty good number of apps and developers, the industry has still not got enough.

As the requirements and preferability of the users change, the developing trends and ideas evolve. For any app developer, specifically in DC or any other part of the USA, getting into any of these trending ideas may prove to be the life-changing opportunity they are looking for.

What Are The Drivers For Modernizing Payment Systems?