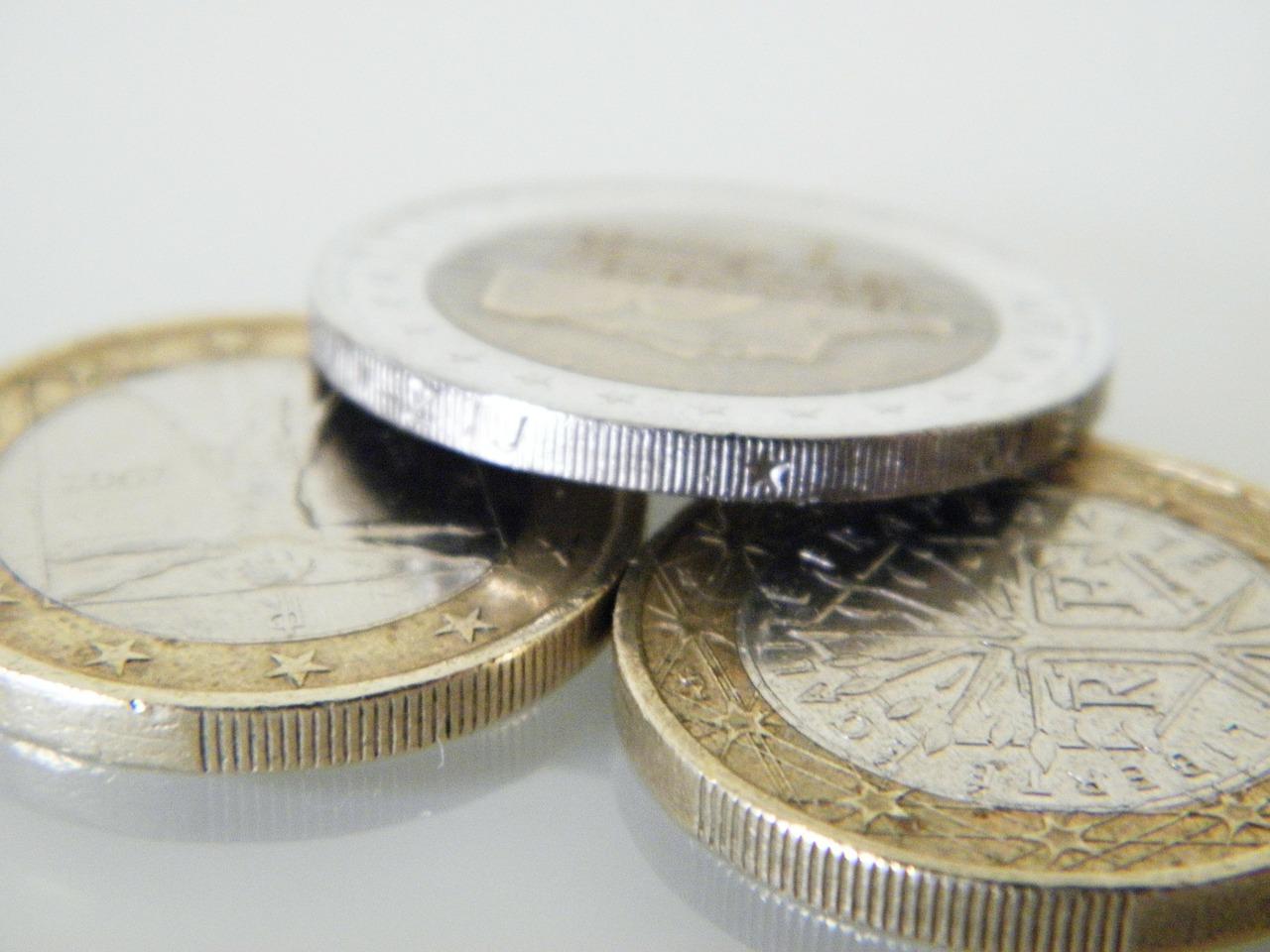 I just concluded a post on what do graphic designers do, and I had a similar report for social media manager salaries. I think both posts were a success, and so I decided to publish one for graphic designers, and how big a salary they can expect in 2014 and onwards.

The piece I wrote on UX jobs was well received, but I think that some people are still incredibly puzzled, whether graphic design industry is something worth considering, looking at the web design trends might help us make a better decision, but the truth is that it’s incredibly worth it – and you can begin learning right away.

The most popular web programming languages list is dominated by languages that are used in designing and development. We’ve got to take into account that not every graphics designer prefers to work in an office building, and many are actually working from the comfort of their homes, with private clients – making disclosed sums of money. I’ve heard it’s pretty good money, too. 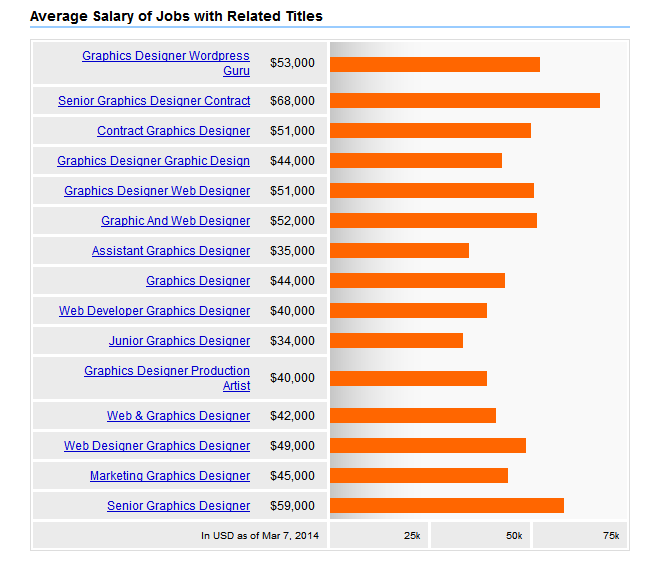 The first report – from Indeed.com – is telling us that the average salary for a graphics design is around $49,000 and increases and decreases based on the given persons experience. I was actually expecting that number to be much higher, somewhere in the 70k range, but it still looks very reasonable – considering you can teach yourself to become a web design in literally a few months.

WordPress is still growing, and so there is going to be demand for designers in that field for many years to come. I guess it’s easier to learn through a framework. Speaking of which, check out my post on Node.js frameworks and suit yourself. 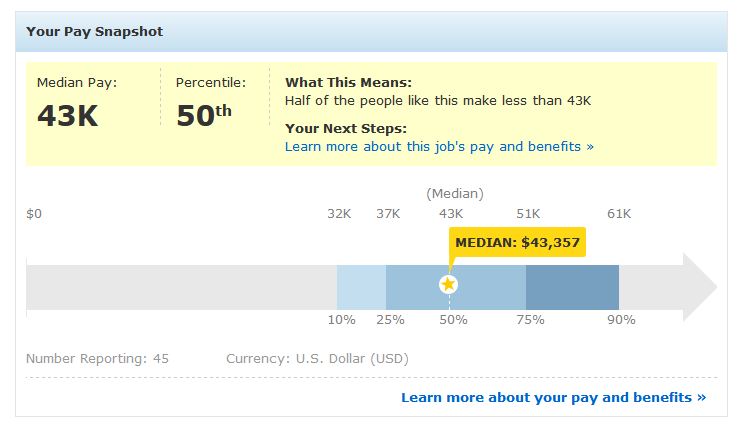 I’ve run the same query through PayScale, and it looks like it’s even lower in this part of the web. It’s actually quite correct, and does match with the first report we created. I’ve taken a deeper look at PayScale, and learned that Art Directors can expect to earn $70k, while senior graphic designers can be bumped up all the way to $65k.

It’s pretty interesting to learn this data, and it sure is inspirational. We’ve got to respect the fact that the economy around the world is still very shaky, and so it might not be that bad of an idea to try and allocate some time for learning things like graphic design. You’re eventually going to become good at it.

It’s a report meant for those who’re looking for a full-time job, unfortunately it’s not easy to keep track of freelance designers and how much on average are they earning. I’d probably enjoy a survey from a big outlet like Smashing Magazine, but until then we’ve got to manage with that which we got.

If you are a graphics designer and have been working in the industry for a while, I would love to hear your feedback on the matter, and I’d love to learn more about the average salary you’re earning. How did it change over the years and are you happy in your current position?

Preparing for an Interview: 7 Job Interview Tips to Aid You

When Does the Samsung Galaxy S5 Come Out?