Have you ever considered paying dozens of thousands of dollars on a digital image? Buying a virtual yacht for hundreds of thousands? Well, those crazy deals are happening right now, and the digital assets traded on those surreal negotiations have a name: NFT. Some people take this virtual world so seriously that they are even investing in real estate and other properties. What’s behind the new trend?

Earlier this year, we watched a group burning a legit Picasso drawing after making an HD digital copy of the piece. The shocking stunt was performed by the Burned Picasso Project in the United States. Many artists have created two versions of the ill-fated piece, one before burning it and another after. The NFTs were to be sold online on the platform Unique. One Art Marketplace.

NFT stands for Non-Fungible Tokens and, as you may have noticed, only exist digitally. Since those social games on Facebook, the concept has been around for a while, like Farmville and others. In some games, it’s possible to pay for items that are only useful in-game.

Above all, non-fungible means that every item is completely unique. Conversely, fungible items can be endlessly replicated. Some gambling platforms prefer to work with NFTs because it involves a much simpler licensing process for an online casino. Although players can buy fake chips to play poker, there won’t be anything to cash out in case of a big win. What happens online remains online. 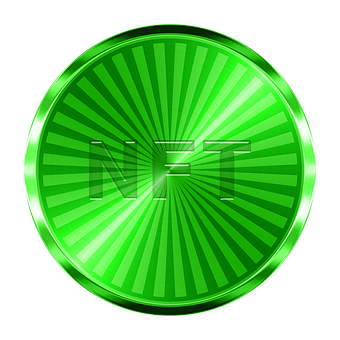 Nowadays, entire games are based on NFTs like cards, weapons, football players, and even racing horses. Like the S05 powered by Sorare, fantasy sports are based on player cards containing a picture, stats. Some of them are traded for ridiculous prices, like the one portraying the player Mbappe, for over USD 50,000.

Artists have struggled for over a century to have their copyrights respected and properly paid. During the 20th century, the category seemed to have made significant progress, creating several organizations to defend their interests worldwide. Then, the internet arrived. In an age when a work of art can be replicated indefinitely, authorship became a huge problem.

Because every NFT is unique, it’s possible to trace it back to its author. NFTs, once created, are registered on a blockchain, and they can be followed from there. It is easier to charge royalties for digital work since the artist can now prove authorship.

Who could guess a few years ago that silly pets and catchy gifs could be so profitable? Only in 2020, this market will receive about USD 200 million from investors and speculators. Most of the items traded were gifs, memes, audio, and likes.

It’s unclear how long the NFT craze will last. There’s a chance people will stop investing college money in funky pets, non-existent houses, and this kind of thing. Yet, artists will still have a way of selling their work online.

How to Decrease Abandoned Cart Percentage on Your Website