There are many different programming languages available in the market for the need of iOS app development. The list of programming languages for iOS covers Objective C, Swift, Xcode, C#, C++, and more. The current market trends of iOS app development target AI-based tools for speech recognition. Apple is continuously making huge efforts in creating something new for its valuable users.

What are the advantages of Objective-C?

Objective C is a popular and reputed language

There is no doubt in saying that Objective C is a reliable and well-tested language, which is popular amongst developers. Many different projects, which are written in Objective C and consist of some best third-party frameworks.

The foundation framework of Objective C offers many different features. It covers extended datatypes such as NSArray, NSSet, and more such and includes a set of functions like manipulating files and strings and etc. Also, it offers different features for utilities like data formatting, URL handling, and data handling and error handling.

Objective C is utilized in Mac OS X and iOS. It consists of a huge base of iOS users and the increasing range of Mac OS X users. Apple only focuses on quality and it is loved by all such people who want to learn Objective-C.

We all know that Swift is evolving day by day and introducing regular updates and this caused the apps to get migrated with the new version which is written in Swift. Obviously, this whole process takes time as well as money. But, if we talk about Objective C, then all these things are not required if the app is written in Objective C.

In instances, where there is a need for a particular custom solution for the product, then Objective C can easily get connected with the private APIs. Talking about other languages like Swift, they are still unstable and these may cause crashes when doing all such connections.

It has different routes from the C language and products are integrating with the parts of C or C++ code that can operate smoothly. 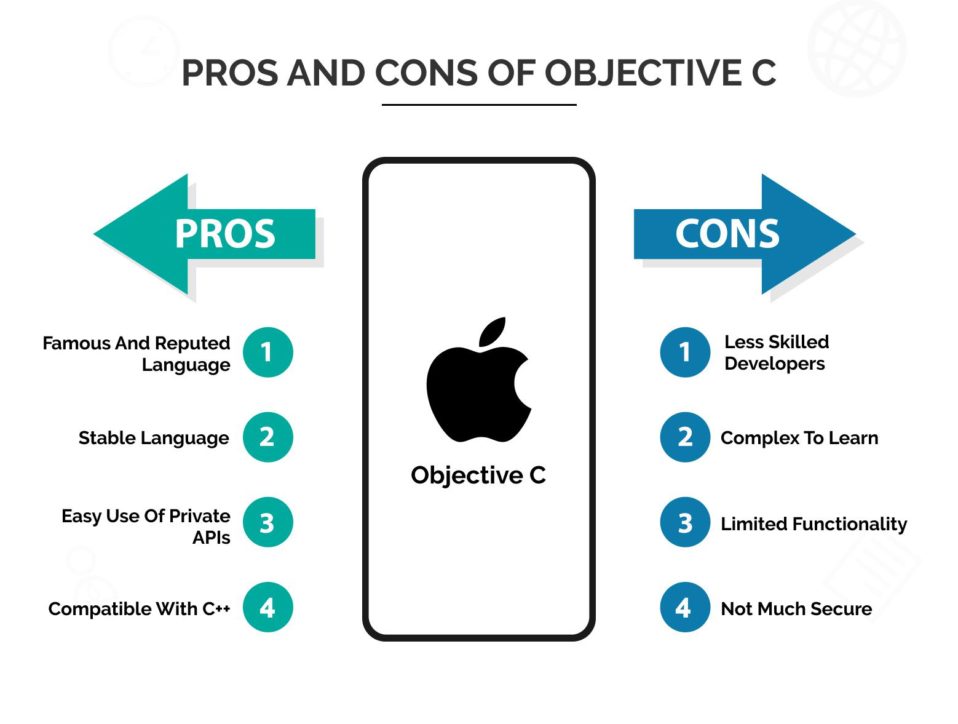 What are the disadvantages of Objective-C?

Objective C is a different language with different syntax as compared to other programming languages. The memory management of Objective C is complicated and holds the legacy, which is necessary to get understand by Smalltalk and C. In short, because of the complex syntax and coding, it is always difficult for a new developer to learn it.

As it is a complicated language to learn and this is the reason that there are very few experienced and qualified Objective C developers.

What are the most popular apps that are built with Objective-C?

Comparison of Objective-C and Swift

There are numerous factors, which can help to identify the comparison between Objective C and Swift.

The most important reason is that it makes use of the runtime code compilation than the compile time. It means that when the Objective C object calls for some other project in the code and there is an extra level of misdirection is involved. Developers writing the performance-sensitive code mostly go back for clearing the C for the inner loops.

If it is about performance then Swift is the best choice of iPhone application Development Company. It offers a performance-sensitive code that helps to show the performance very close to C++ for all types of FFT algorithms. Also, it outperforms the C++ for the Mandelbrot algorithm.

The reason for the safety of Objective C is its null pointers. The pointers are the components of C-based languages and C++ that can cause vulnerabilities in security. At the time when you are calling a method, using a nil pointer then nothing happens in Objective C. Then the expressions and a single line of code become a non-operation.

On the other hand, Swift does not make use of pointers. If you will miss a pointer to include in the code whether it is the nil value then the app will crash immediately. This process helps the programmers to find the bugs and fix them instantly. In the end, the code will become clean and easy to understand.

We all know that Objective C has come up from the C language and it totally depends when to make changes and improvements. Developers need to maintain two different code files in Objective C for improvising the efficiency and overall development time of an app. Also, it needs human effort for synchronizing the method names and comments.

Swift is just like many other modern languages, which is easy to maintain. The LLVM compiler and Xmind find out all the needs and automatically complete the incremental builds.

Objective C has a complicated structure of the code as it is built on the C language. It covers many different @symbols, semicolons, lines, and parentheses conditionals using internal “if” and “else” statements. The symbols are utilized for differentiating the keywords and types from the C types.

Swift has become popular in less time of its introduction in the market is just because of its simple syntax that makes this language very easy to read and write. Also, Swift neglects the use of many different @symbols and makes use of the comma-separated list of all the parameters in the parentheses. It also needs writing fewer code strings than Objective C. It permits you to ignore all the mistakes and builds clean code.

The complexity of the Code

If we look at Objective C closely then you will see that all the text strings are very verbose and need many steps for linking two pieces of information. Developers use special string tokens like %@, %s, %d and offer a list of variables which is separated by a comma for replacing every token.

Swift needs less code for the need of repetitive statements and string handling. These are the due features of Swift like adding two strings altogether via the “+” operator. Swift makes use of string interpolation that excludes the requirement to memorize tokens and then developers can insert variables in line to the strings like button line or a label. 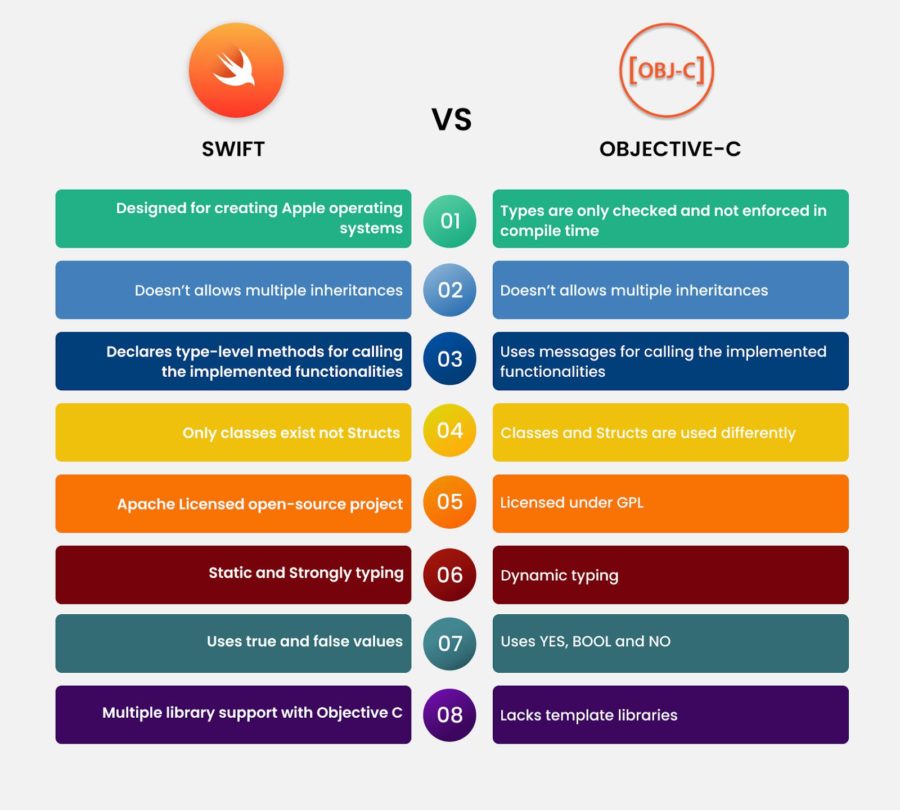 There is no doubt in saying that with the emergence of new technologies, mobile apps are growing their level in the market. Thus, the competition between business owners and developers is also increasing tremendously. An iOS developer needs to build an iOS app in such a manner that the future of the app should remain secure with the upcoming trends.

Also Read: Is It Possible to Use Java with iOS?

How an Ooma Business Plan Could Help Your E-Commerce Business Thrive?