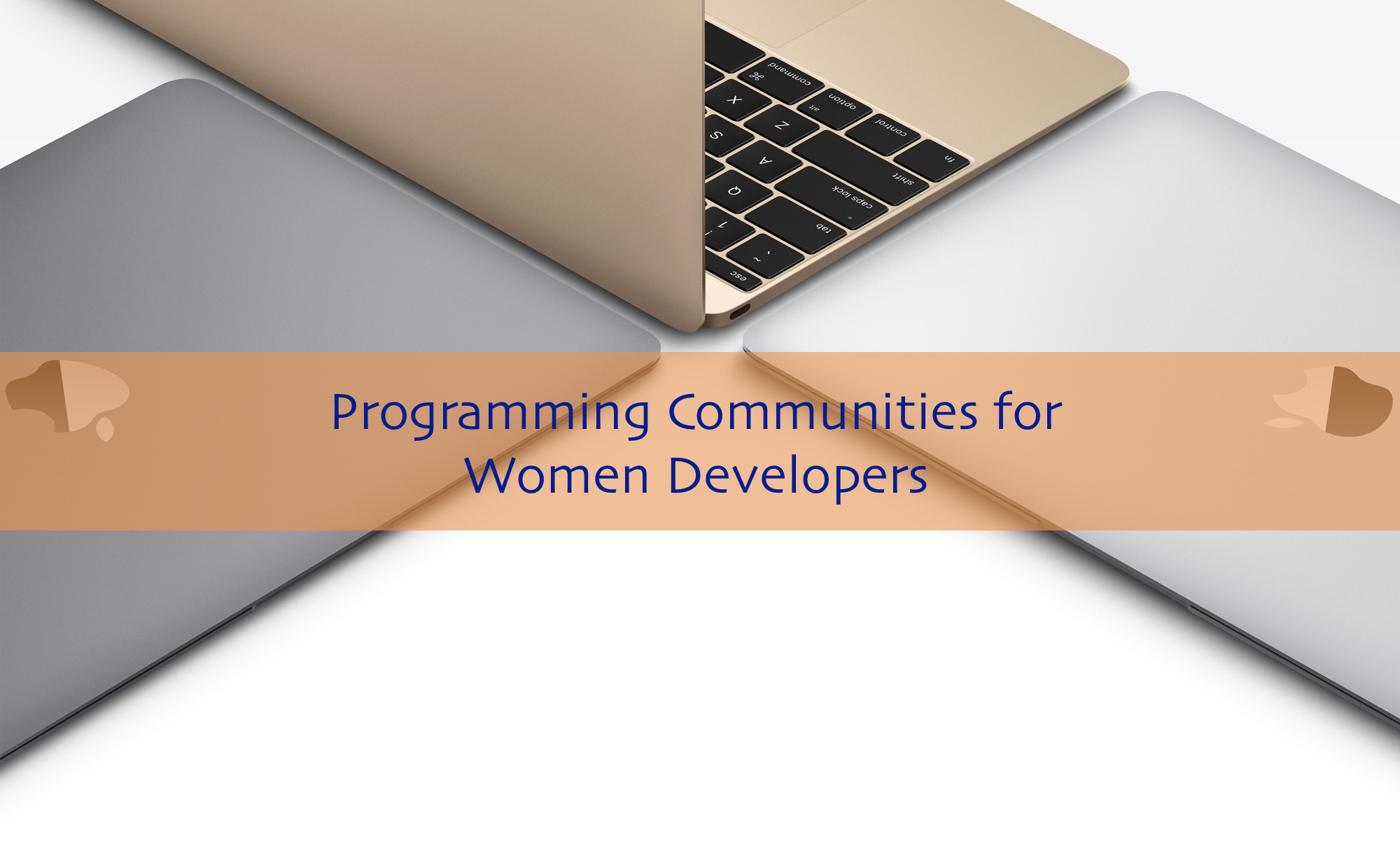 In the recent two decades, the amount of women who enroll as Computer Science majors has dropped significantly, and because of the in-depth nature of the statement, we have to link out to another resource over at Ministry of Truth — an in-depth analysis that answer the question: where have all the women coders gone?

The Telegraph recently published an interesting column featuring the work of Linda Liukas, a software engineer from Finland, and going into detail about what it takes to inspire women and children (of the female gender) to become developers, engineers, and overall gifted coders without sacrificing the beauty of life.

If you’re keen on the whole women and tech scene, and want to learn a little more about the women developer sector, there is a wonderful site out there, it goes by the name of Woman And Tech and is an interview resource that hosts interviews with popular and knowledgable women in the industry. There are some really fascinating and inspiring stories to be found on this site, and there are many more interviews yet to come.

Any Twitter (hello, follow us: @CodeCondoLtd) user here will love the following list of “Amazing Women on Twitter” — it’s a public GitHub repository that enlists some of the most popular women in technology, developer scene, and engineer sector; not only to help other women to connect, but also to inspire and open the doors to places that might have been previously avoided, or missed.

I also want to point out to our male readers on this post, a roundup of this style has been created before on this site, and it’s called “Programming Communities for Hackers” — do keep in mind that it’s meant for both male/female gender, but with the emphasis of the developer communities as a whole, so there’s no discrimination flying around anywhere, wouldn’t want those crazy feminists bombarding my comment section with their intelligence.

Girls Who Code programs work to inspire, educate, and equip girls with the computing skills to pursue 21st century opportunities. It is the most widely known community in the World for female gender developers, and helps hundreds of thousands of women to get into the education sector of computer science. The goal is to provide computer science education to more than 1 million young women by the end of year 2020.

A lot of the community aspects of Girls Who Code is oriented around the Clubs feature, an opportunity for teachers to take on teaching activities, for aspiring students to create their own coding Clubs, and for students who want to learn — to have easy access to the tools, knowledge and resources necessary to be able to do so.

Python is arguably one of the most easy programming languages to learn and master, so the amount of learning resources available for Python is beyond staggering, and it’s also one of the few rare coding languages that somewhat represent a real language, the code is written almost like poetry.

Django Girls is a non-profit that focuses on creating workshops and events that allow female developers to come together at their city of connivence to talk about Django, Python, and coding in general. The aim is to provide enough resources, support and tips that the first steps of becoming a coder are much less troubling, and a lot more supported. In the end, what it comes down to is the support of other community members.

Glassbreakers is amazing online community for professional women in the technology sector, and beyond. The purpose is to help women come together as mentors to each other, to help inspire each other, and certainly to help connect the dots in places where there where no dots before. The goal is not just to help women connect online, but also to take those relationships in the offline world. The community is exclusive to female gender.

If you want a little more scoop on Glassbreakers, here is an interview that consists of five questions with the founders.

Girl Develop It is a nonprofit organization that provides affordable programs for adult women interested in learning web and software development in a judgment-free environment. Once again, the emphasis goes on making the coding environment safe, enjoyable and supported by other people of same gender.

Web development as a career choice is very highly valued, with a lot of skills in that field being sought after in the current job market. However, not everyone is able to afford to learn those skills on a professional level, which is where Girl Develop It steps in to provide affordable mentorship programs for all women who are keen to learn more about software and web development.

Ruby is another fantastic programming language to begin your journey with, and the Ruby on Rails framework is what makes the language truly phenomenal. The Rails Girls community is similar to that of Django Girls, and strives to provide self-hosted events that can help young and adult women to get into the game of coding, with the knowledge that there is support and advice available at all times. Otherwise, the journey can sometimes seem a little bleak.

Girls in Tech (GIT) is a global non-profit focused on the engagement, education and empowerment of influential women in technology and entrepreneurship. Their focus is on the promotion, growth and success of entrepreneurial and innovative women in the technology space. Not per say a strictly developer community, but certainly helps with feeling isolated, and attending events that come from this community can lead to great opportunities.

We had Girls Who Code, and here we have Women Who Code; a non-profit created to help inspire women to find their careers in the technology field. The goal is to connect like-minded women from across the world to build upon a simple vision — the world will be a much better place with more tech oriented women inside of it.

Women Techmakers is a global project run by Google, with the goal of providing a helpful community, safe environment, and resourceful group of people for women who want to become technology experts. In 2014, the events all across the world saw 11,000 attendees — a number that is not only inspiring, but motivating to the women who may feel left out in other parts of the world.

Ada Initiative is another non-profit that wishes to help women find their way into the technology movement, the open-source movement and general open culture. It was launched in 2011 by Valerie Aurora and Mary Gardiner, and is named after Ada Lovelace; who wrote the first computer program ever. Ada Initiative is a proud host of a conference that gets held once a year, and is currently expanding into more new and developing countries.

The story behind Girl Geek Dinners is wonderful, it started out in the best way possible — out of the frustration of lack of female attendees for technology oriented events. The original idea originated from London in United Kingdom, but has ever since spread out throughout the world, providing opportunities for female and male tech enthusiasts to connect in a free environment.

It’s kind of self explanatory, isn’t it? Linux+Chix equals chicks who enjoy Linux and free software. It’s easy. LinuxChix has been operating since 2007 and provides an amazing list of resources for women who want to get into the free software movement, there are several mailing lists available, and a list of courses that you can partake right away.

PyLadies is a straightforward community of women Python developers. Their manifesto says it all.

…a group of women developers worldwide who love the Python programming language. We write code by day or night. Some of us hack on Python projects on the side, while others work full-time on Python development. But it doesn’t matter. We all just like writing Python code, and that’s what brings us together.

You can find meetups groups, online groups and mailing lists to join, everything to help you to connect with other lovely Python developers of the feminine gender.

Last year was huge for women developers, how is it going to pan out this year?

Write/Speak/Code originates from the United States with the goal of empowering women who work in the software development sector to become leaders of their own, to have the courage to step up on the stage at conferences, and to contribute to the open source movement. Write/Speak/Code is also a host of events and conferences across the country. Always check their workshop schedule to see when you can catch up with these lovely ladies next.

Startups are definitely more than code and design alone, which is why Women Who Startup is focused on all the areas of expertise necessary to become a great leader in startups. Women Who Startup provides the ability to connect and engage women who are founders, entrepreneurs by nature, coders, designers, and all other nifty startup career titles out there. It’s a tightly sealed community for now, but it has seen some spotlight already to have high hopes for the future.

I am still trying to think of a better title to have used for this post, although not all of the sites on this list are of programming nature by default, in one way or the other they do end up connecting a women with the developer world in a quite easy and accessible way. I am quite pleased with the end result, and hopefully this resource will serve its purpose over the coming years as more women are becoming interested in technology, software engineer and the open-source movement.

It’s difficult to say whether I have nailed all the major communities out there, but hopefully you, the reader, will be aware of some other interesting communities that relate to technology and development for women, and will share with us in the comment section below. I’m excited what’s in store for the future for all genders, at the end of he day we’re all just human beings, equality is our nature.

7 Tips for Web Design Freelancers Who Want to Remain Relevant