These days, security dominates the headlines, all the headlines. The tech headlines are focused on the tech angle. The fashion and entertainment headlines are about celebrities having private materials made public. U.S., political and international news are all abuzz about encryption, and the role it plays in fighting crime and terrorism.

Caught in the middle of all this is your business. You have so many concerns to balance, it is a wonder that you manage to get anything done. Security is just one aspect of your business, and not the biggest one at that. But the unfortunate truth of the matter is that security is going to have to become a whole lot more important if you wish to stay in business. Here is why security is much more important to your business than you think:

Security issues are a lot more complicated than you think. It is not just a matter of setting stronger passwords. If your business is depending on security measures from 10 years ago, you are not remotely prepared for what is really out to get you. Just like Sony.

The clueless execs in charge of security thought it was a good idea to hide their most sensitive passwords in a folder named “Password”. It is possible that this may have seemed like a good idea several years ago. But if that was ever a good idea, that time is long past.

Business requires the kind of virtualization security that Trend Micro describes in this way:

The complexity of the problem leaves businesses thinking they are safe, when in reality, their “solutions” for security are putting their business in crisis. In 2007, Sony thought they had no more than a 1-million-dollar exposure at most. They did not understand the complexity of the situation. And it has cost them more than they could have imagined.

Your Customer’s Lives Are in Your Hands

The moment you take a credit card payment, and email address, a phone number, or any other identifying piece of information from your customers, you take their lives into your hands. And when you take on those lives, you also take on the liability. Just ask Target. According to the NYT:

A federal judge on Tuesday handed an early victory to banks in their effort to recoup losses from a major breach last year at Target. More than 40 million credit cards were compromised in the incident.

According to that same report, that same breach cost banks over 400 million dollars just to replace all those credit cards. Credit card replacement is only the beginning in a situation where so much personal information is compromised. 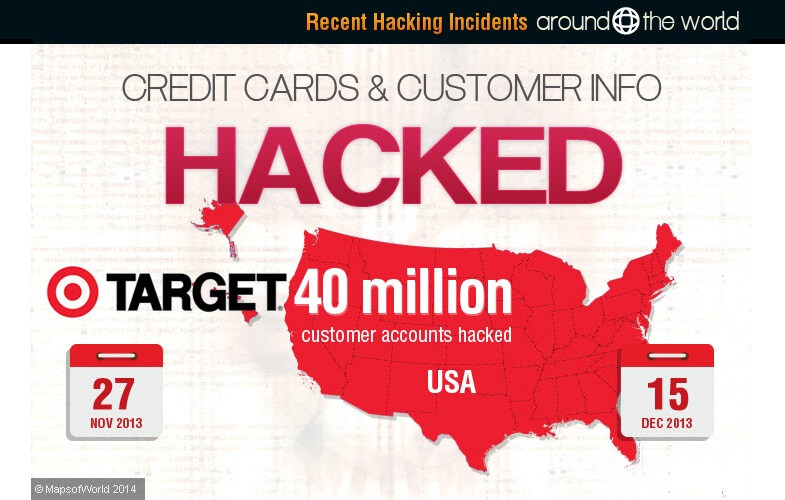 Identity theft is something that consumers have to constantly worry about. It only takes the smallest lapse of diligence before consumers lose everything to identity thieves. As a business, when you require any piece of personal information from your customer, there is a lot more than a sales transaction on the line.

The Long Arm of the Law

Apple is under more pressure from the US government than ever before. And it is not over antitrust accusations. It is over encryption. It is not that Apple is providing a lack of security, but that they are providing too much. The government wants to read your email, text messages, get into your contacts, calendar, and maps. They want to see all of this information all the time.

Apple has been providing end to end encryption on their devices and messaging software for years. Even they can’t get information from those devices. The government wants Apple to put in back doors so that they can get to the data. What they don’t seem to realize is that if they have a back door, so will the bad guys.

Security is important to your business because the complexity has ramped up more than you know. The liability is greater than you think. And the threats to security are not just from the people in black hats.

4 Ways To Back Up Your Important Personal Information