Google unleashed the power of mobile technology with the release of Android operating system. Based on the Linux kernel, Android is an open-source project developed and maintained by Google. Beginning from 2007, Android has witnessed several newer and better versions, such as Gingerbread, Ice Cream Sandwich and so on, with the latest being Android M, which will be released in 2015.

Android M is loaded with distinguishing features, powering smart phones, tablets, wearable devices, television sets and even cars. Android has transformed the mobile application development field in to an exciting and lucrative profession. If you are planning to learn Android development, then you can refer to my earlier post.

According to a survey carried out in September, 2013, there were over one billion activated Android devices in use worldwide. Thousands of applications are being developed for smart phones, tablets and more. If you are a professional Android developer, then you should know that now there are a plethora of online resources to make your life much easier.

Alright, so here I am presenting a list of 10 online tools which every Android developer should know about. The list contains information on testing tools, frameworks and other important resources. Read on. 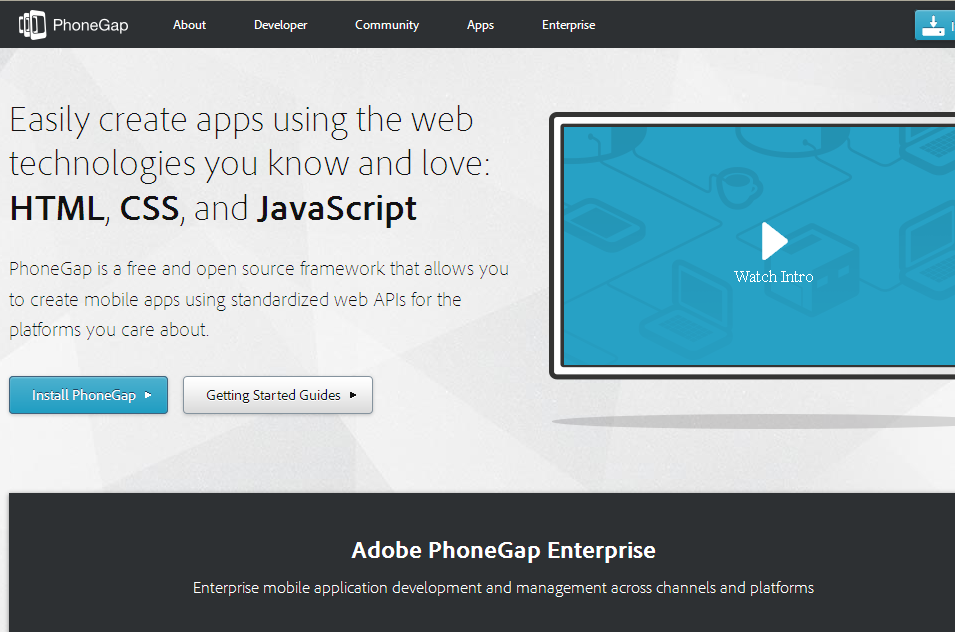 PhoneGap is a cross-platform, free and open-source mobile application development framework. The framework allows you to develop mobile applications using popular web technologies, such as HTML, CSS and JavaScript. HealthTap, Rormix and Snow buddy are some of the popular apps developed using the PhoneGap framework. You do not have to learn native Android APIS to make apps and you can even create the app for iOS and windows phone. 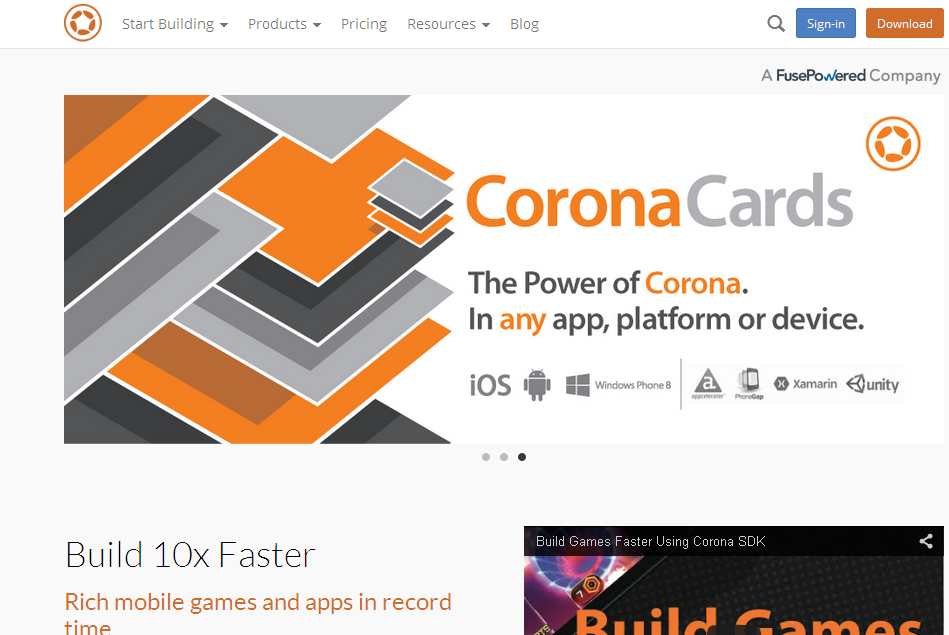 Corona is a powerful framework for developing applications and games for mobile devices. It supports iOS, Android and other mobile operating systems. Corona is also an ideal framework for game development with 2D graphics. Fun 2 Run, Major Magnet and Freeze are a couple of application examples built using the Corona framework. 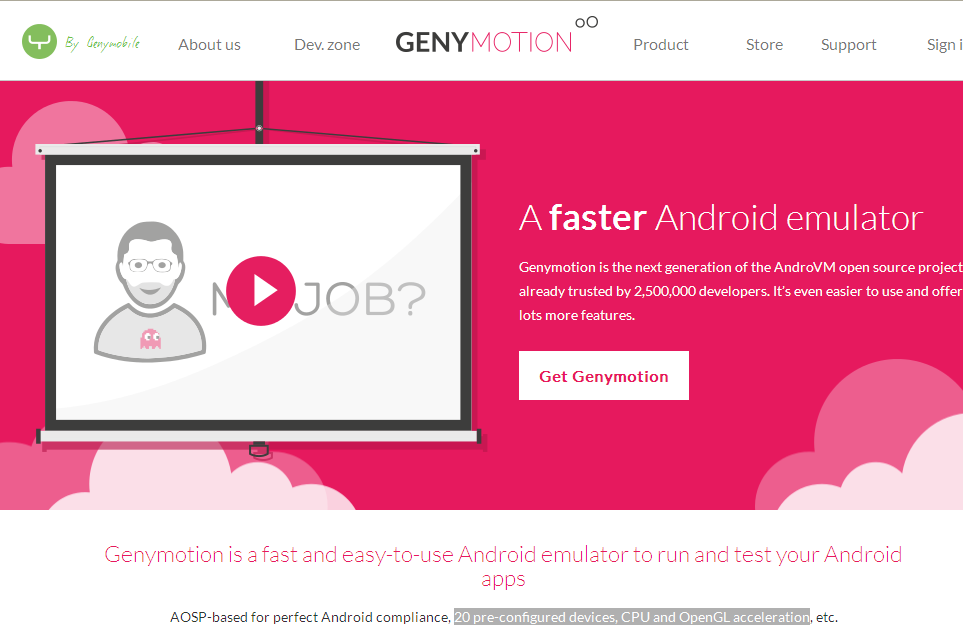 Genymotion is a powerful Android emulator for developing, running and testing Android applications. It offers features, such as a sensor emulation API (application programming interface), 20 pre-configured devices, CPU and OpenGL acceleration and more. Moreover, Genymotion allows running tests outside of an application and offers support for all major devices. 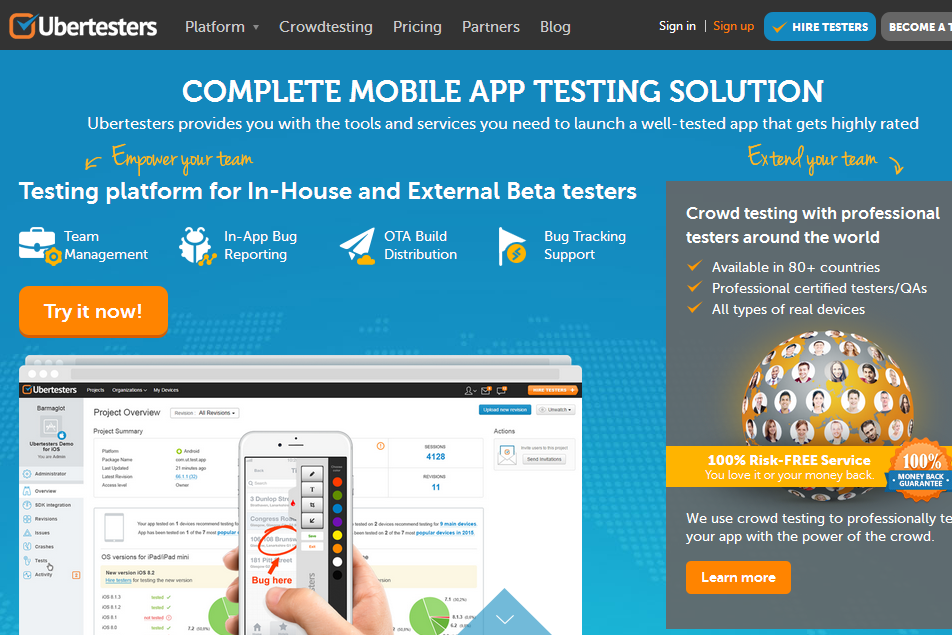 Ubertesters is a robust mobile application testing tool supporting multiple platforms, such as iOS and Android. The tool allows tracking test sessions in real-time and distributing builds over-the-air (OTA) making online collaboration within team members more efficient. Moreover, it has an In-App bug reporting and a built-in bug tracking support along with a facility to take screenshots. 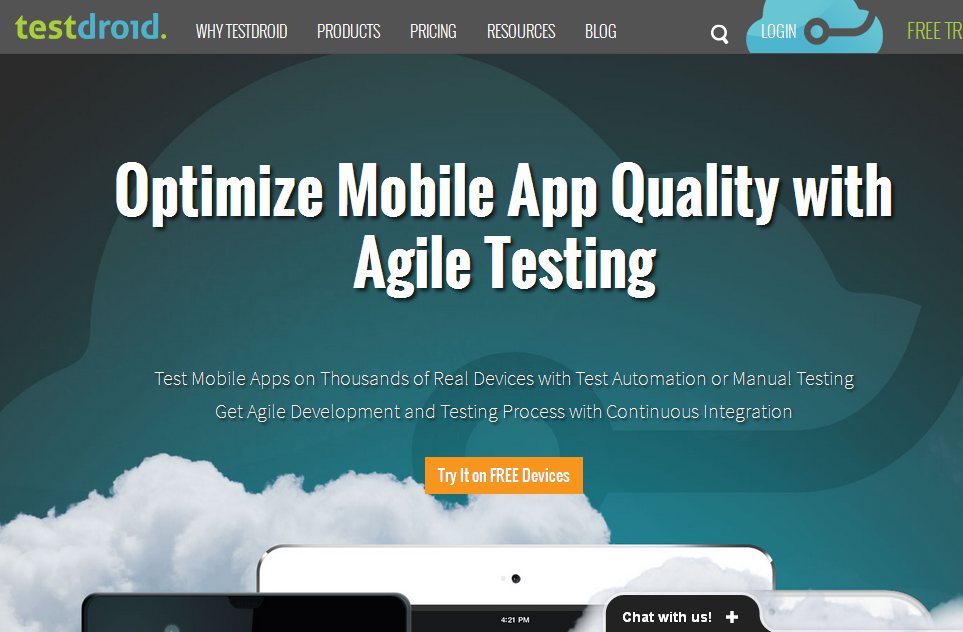 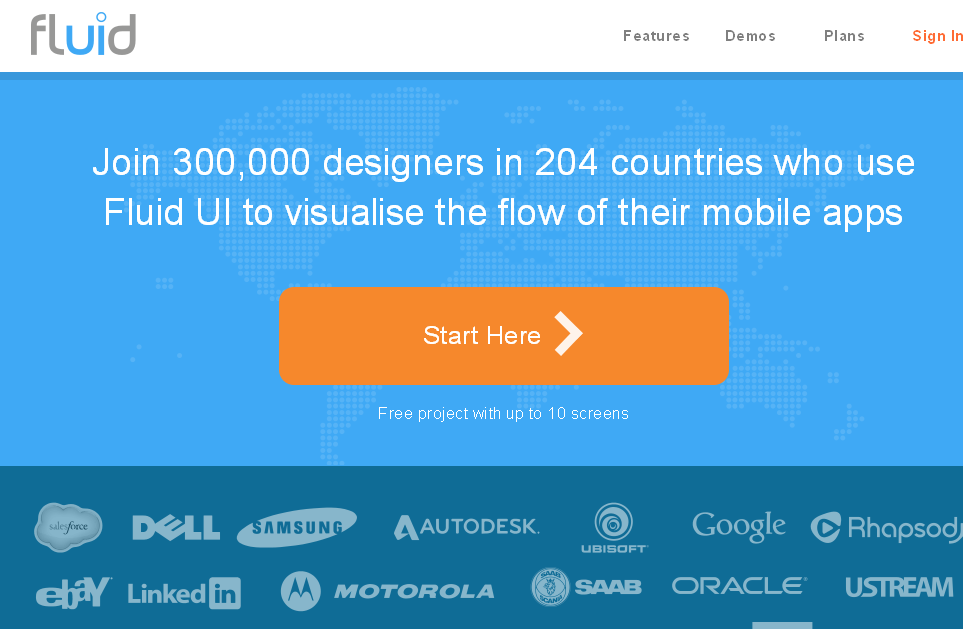 Fluid is a popular prototyping software tool for mobile applications, such as iOS, Windows and Android apps. It has a built-in collection of over 2,000 UI widgets for smart phones and tablets. Using Fluid, you can build a prototype on the desktop and scan it to view the user interface (UI) before coding.  Fluid also allows creating screen flows for online collaboration, adding gestures and transitions between screens and more. 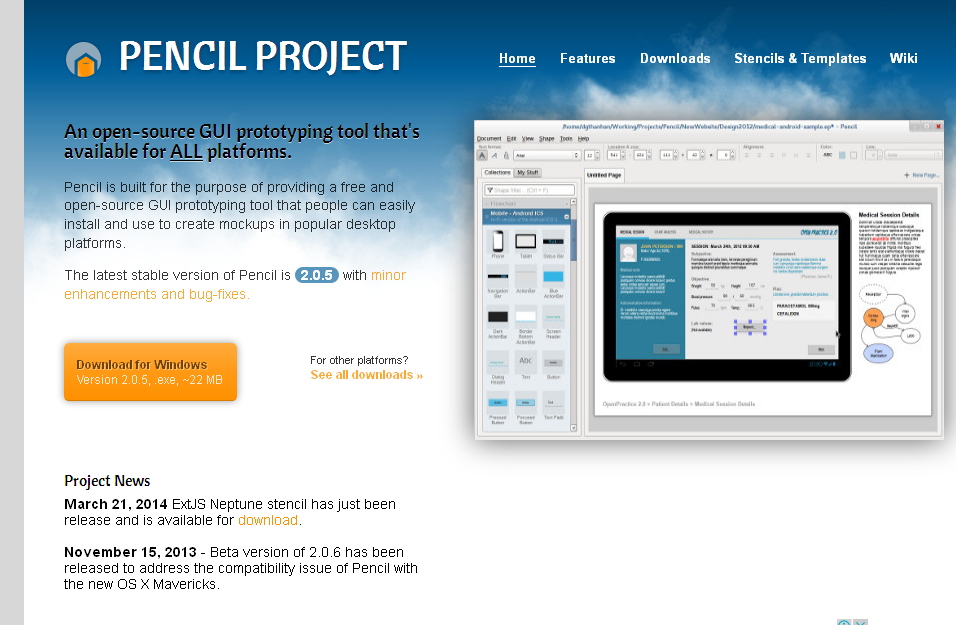 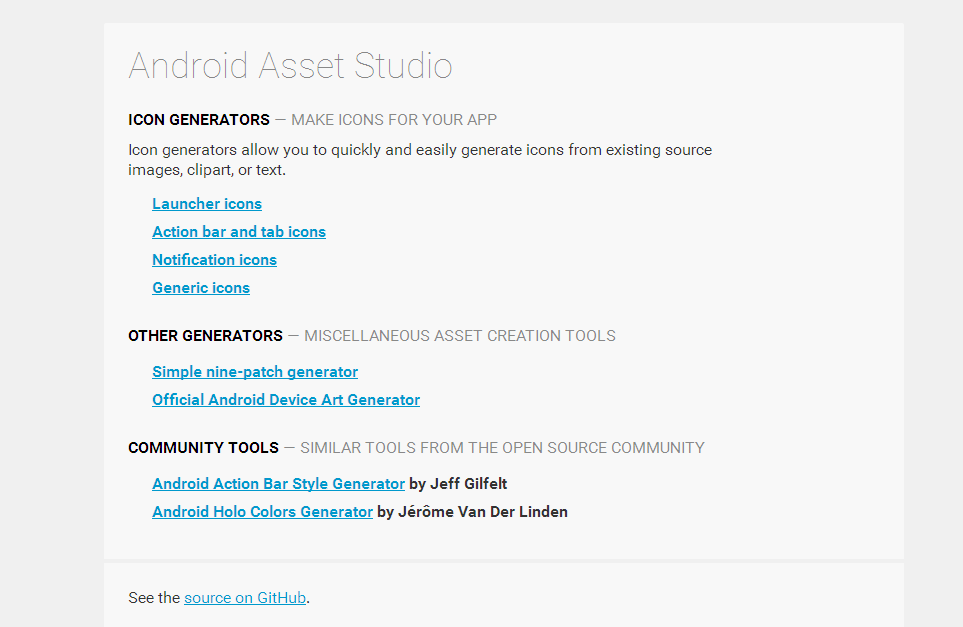 Android Asset Studio is your online destination for generating various icons for your Android applications. Here you can easily generate a range of icons from images, text or clip arts. 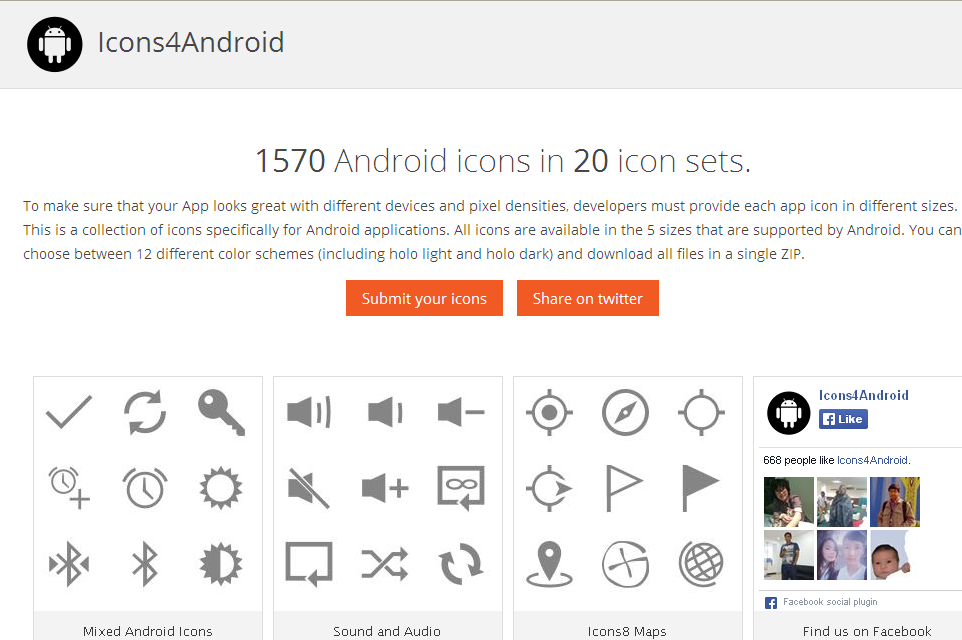 Icons4android is a popular online resource for exploring a variety of icons for your Android applications. The icons are downloadable in a single zip and come in 5 different sizes and 12 color schemes. 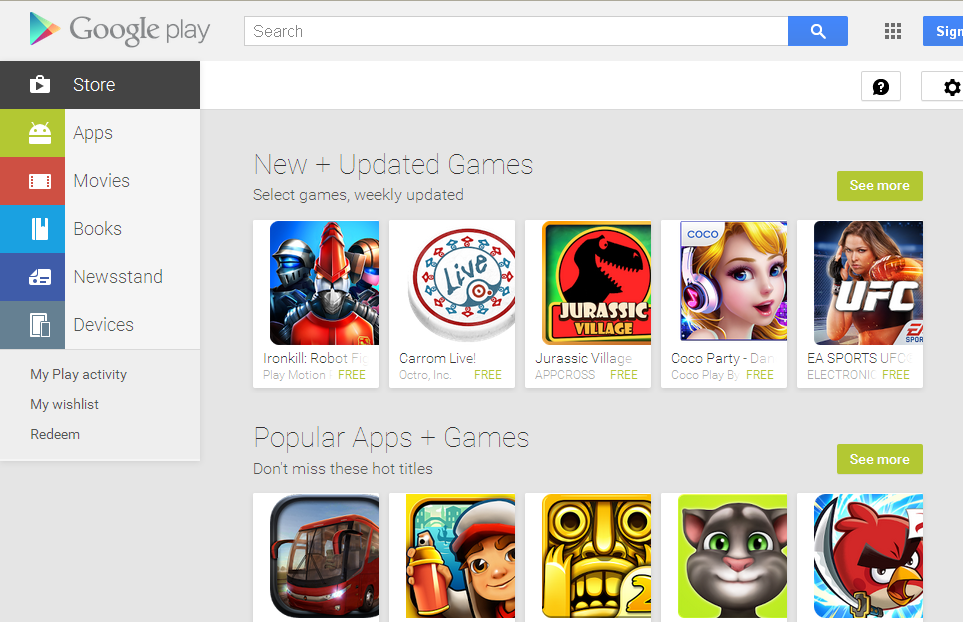 Talking about Android, we cannot miss out on Google Play. This online store is home to thousands of Android applications and games which are classified under various categories. For Android application developers, this is the place where you can share your self-made apps with the world.

Conclusion:
With the right amount of online tools and resources, Android development has become more exciting and easier. Android developers are prospering faster than ever before. There are tremendous opportunities for Android developers out there. All you need is a great idea to kick start your journey and your app would be the next one to grab itself a place on Google Play.

I hope you must have found this list helpful. There are still a bunch of online tools, which can prove to be useful for Android developers. If you are an Android developer, then you can definitely let us know about some more resources by sharing their information in the comments section below. You can also share exciting Android development stories with us. We would love to get inspired. Till then, Good Luck!!

5 Reasons Why You Should Be Giving Back to Your Community

The 15 Best Free Tools for Your Search Optimization Needs