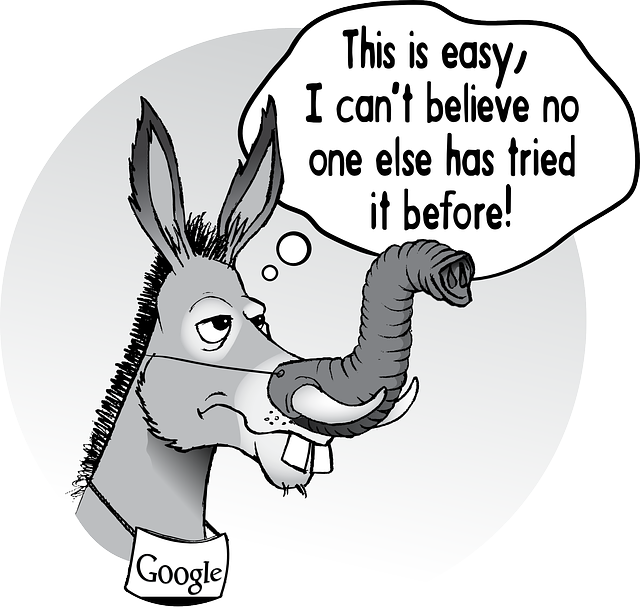 Google might be a corporate company, and it might be trying to treat its employees like kids, but it’s still the most popular website in the World, and that means nothing else but one thing – Google is doing something right, doing it better than any competition out there, and has been doing so for a over a decade now. I love you, Google.

The days are gone, when us – the smart internet kids – had to help people by doing search queries for them. People have learned they can do it themselves. I’m so glad, that they did.

I don’t like Google for one reason alone, which in this case could be the fact that it lets me have my site indexed on its servers completely free of charge. I like Google because it offers plenty of education resources for me to learn from, it has a mission and its heading in the right direction with confidence, experience and a great team of developers.

The following infographic is not just a guide for businesses to take notes from, it’s also very educational about how Google works, and how it treats its employees. Having people work for you that are both educated and happy with their job and what it has to offer converts into what Google has become today.

This infographic will present to you some of the most interesting facts about Google, it’s employees, the programming languages Google uses for its development, how many companies has Google purchased since it launched and many more entertaining and interesting facts worth knowing, if you plan to have a business that is willing to learn from such a huge business like Google itself.

The Importance of Having a Blog for a Company