Famed billionaire macro investor Paul Tudor Jones recently expressed his dissatisfaction with the inflation-induced by incessant central bank money printing. That was followed by an announcement for Bitcoin Investment. The move shocked the traditional investment community. However, BTC traders, investors, and advocates welcomed the news with much excitement and exhilaration. Consequently, Bitcoin prices responded by rallying past the $10,000 mark. 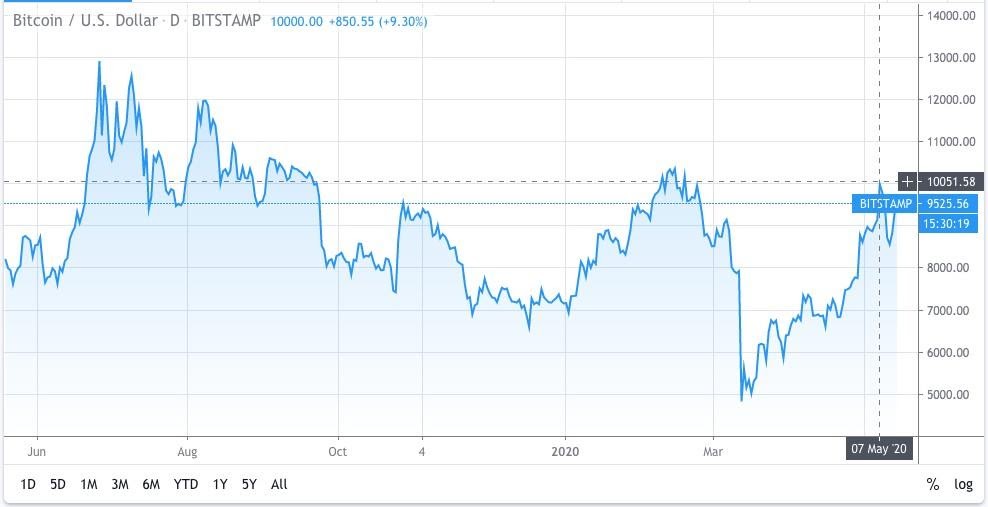 In his market outlook, ‘The Great Monetary Inflation’ Mr. Jones drew similarities between Bitcoin and the 1970’s gold market. He pointed out that the yellow metal just like Bitcoin underwent a gigantic crash post its futures debut. But after a 50 percent correction and bottoming in 1977, gold spot rates went on to register a 4x appreciation in value over the next three years, beating previous market highs.

Bitcoin is in the very same market set up currently, and has much to gain, he said. Paul Jones is highly revered by traders and asset managers worldwide, and his comments, opinions, and investment moves can truly move the needle in BTC’s market sentiment. But why?

To start with Paul Tudor Jones II is an American hedge fund investor and philanthropist. According to his profile on Forbes, Jones is well-known for his macro trades, particularly his bets on interest rates and currencies. A net worth of $5.1 billion(as of April 2020) makes him the 7th highest-earning hedge fund manager in the world.

Jones founded Tudor Investment Corporation (or Corp) in 1980. The asset-management firm (with $7 billion worth of assets under management) has had a long record of posting double-digit annualized returns. Tudor BVI Fund or the Tudor BVI Global Portfolio is a hedge fund operated by Tudor Investment Corp and has approximately $22.3 billion in assets.

Now in an interview with CNBC, the rockstar hedge fund manager and macro investor, mentioned that he has allocated almost 2% of his assets to Bitcoin(futures). Considering the size of his worth and fund’s value, this implies a significant infusion of capital in the Bitcoin market, which in turn could lead to a significant uptick in asset valuation and prices. A huge opportunity for other American investors to purchase Bitcoin.

Institutional Bitcoin Investments: Beginnings and the Current State of Affairs

Bitcoin and it’s institutional buyers go way back. Since 2013, Grayscale Investments, founded by crypto industry heavyweight Barry Silbert has been providing exposure to accredited investors through various crypto investment products, the most popular one being the Grayscale Bitcoin Trust (GBTC). With $3.3 billion worth of assets under management(as on April 30), the world’s largest crypto fund manager went on to attract cash inflows of more than $600 million in 2019. GBTC itself saw investments worth $197 million in Q4 2019 which the New-York based digital asset manager claims to be the best quarter since the firm’s inception.

Other mainstream financial market players have also made an investment in Bitcoin possible for institutional investors. Chicago Mercantile Exchange (CME), Chicago Board Options Exchange(CBOE), Bakkt (owned and run by Intercontinental Exchange), and Fidelity are some of the names. CME started offering Bitcoin futures products to institutional traders and investors at the height of BTC’s biggest bull run in 2017. Folks could just trade on spot prices without actually buying Bitcoin.

Bakkt too launched Bitcoin futures products last year with Fidelity securing the license to allow BTC trading and custody in New York. Also, Germany’s second-largest stock exchange, Boerse Stuttgart began offering a Bitcoin exchange-traded product to both retail and institutional investors. When mainstream attention starts pouring into a nascent and relatively new asset like Bitcoin, it is bound to cause ripples in market dynamics, and that’s what actually happened.

From what it appears, Bitcoin and crypto markets were profoundly moved by the launch of CBOE and CME Bitcoin futures. And how? Futures allowed mainstream investors to short BTC on a large scale. Over the course of 2018, BTC experienced an 84% decline from its all-time high of $20,000 set in December 2017. Many other crypto assets lost more than 90% of their all-time high valuations.

Since then, Bitcoin and crypto markets have recovered somewhat. But the mainstream institutional Bitcoin investment hype created by CBOE and CME has led to platforms like Bakkt receiving decent attention from traditional investors. Over time, Bitcoin has matured as an asset because of all the institutional interference and has come a long way from being just an escape route for anti-government, anti-fiat and anti-system folks.

“Bitcoin investment is no more a pastime for hobbyists and cryptography enthusiasts. Over a period of 11 years, the cryptocurrency has helped create billion-dollar businesses. The rising mainstream institutional interest could lead Bitcoin to achieve a trillion-dollar market cap and very soon”.

Double Your Efficiency With These Docker Commands- Become Unstoppable!

Things to Know Before Building a Healthcare App