But even when doing things legit, you need to have all the protection you can get!

If you haven’t ditched the old-fashioned “let’s-see-what’s-on” TV for on-demand streaming, you might be in the minority. And the numbers are climbing across all demographics around the world. And why wouldn’t they? Netflix, Hulu, and HBO Go – to name a few – are radically redefining the idea of “television.” Find a movie you’re interested in? –Watch it for half an hour and come back to it when you have time. Feel like binge-watching four seasons of a television show? -Go wild.

You might think the reasonable subscription fees for high-quality services providing streaming downloads would have their illegal counterparts on the verge of extinction, but no, like the fabled “can-survive-an-atomic-conflagration” cockroach, these sites just won’t die, and in fact, are multiplying.

The coronavirus pandemic has been great for illegal sites. With nothing to do and less income, people have flocked to illegal streaming sites – which are darn easy to use. No login required and no need to sign up, just click and go. The old saying goes, however, “there is no such thing as a free lunch.” And this is almost always the case. Many are not taking malware into account when streaming illegally online – but it’s really not a problem that should be ignored.

Also Read: How to Protect Your PC From Viruses and Malware?

Cybercriminals Use Free Streaming Sites as Conduits for Malware Infections

Reports note that digital pirate cybercriminals very frequently make the most popular content free for a reason: it’s “bait” so they can hijack a user’s computer. Or they make serious bucks by offering “advertising” – in other words, the illegal streaming site offers other cybercriminals the opportunity to pay to put malware on their site, which you in turn inadvertently download when you stream “free” content. As many as one in every three websites looked at recently exposed users to malware, in short: video streaming sites are malware breeding grounds. Another statistical way of looking at it is that you are 28 times more likely to become infected by viewing stuff from content theft sites than if you were watching via legitimate channels.

Some are likely thinking, “So what? I have anti-viral software. I don’t have data worth stealing. I’m not a target.” Oh, but you are. With the right types of malware installed, your identity can be hacked and your computer “possessed.” Your boss might not find it all that amusing when “adult content” links get sent to all your work contents from your email address. And, the “I was hacked” excuse may not save your job. Banks could take years to fix credit scores messed with via malware, and in the meantime, you’d be stuck. Or even simpler, your latest Apple or Acer laptop could get so infected, you might have to get a new one – and you might not have an extra few thousand bucks lying around right now. 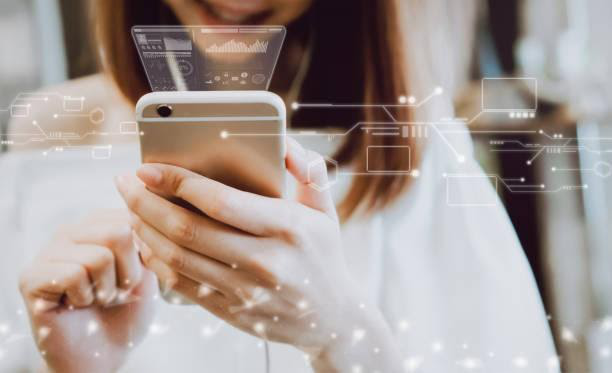 So, what to do? Well, naturally, if you sign up and pay like a good citizen, you’ll avoid most of these issues. But the bad guys do sometimes use very legitimate-looking sites or even fake versions of, say Apple TV. Sometimes they try a “download this add-on for two free weeks of content!” or other similar tricks. And another thing many don’t realize: one of the most popular ways of exposing you to a fake ad or trap bait link is through ad malware already installed on your devices, many times not originally via a streaming site.

If you haven’t heard of “blocking apps” by now, we’d be a bit surprised as they’ve been in tech news for a while now. More generally used by people who want to get stuff done, as opposed to spending half the day on social media or shopping sites, students, office workers, and at-home workers use blocking apps – some of the best ones are free to download – as concentration tools. After you install a blocking app, it syncs across your devices. Then you choose what you want to block and the times you want stuff blocked. For example, you could choose to have Monday morning from 9:30 a.m. to noon totally blocked from anything except work content. Then – should you choose so – the app would re-open your ability to scroll through social media for an hour or so and clamp down again at 2 p.m. You set the rules, the app just makes it easier for you to be your own police officer.

No Matter How You’re Using the Web, Being Fully Protected is the Wisest Way to Play

Bocking apps come with additional features related to the topic at hand. They scan websites in real-time and keep out ads, including the malware-ridden ads that infect with Trojan-style attacks, leading you to a fake Netflix “special offer,” for example.  By getting a good blocking app on your devices, this real-time, proactive scanning can dramatically reduce the chances of malware infection. It’s like having a moat around a castle; only this moat has crocodiles and sharks…with lasers.

Whether you’re streaming content legally, or doing so illegally (not recommended, but hey, we’re not your cyber parents), and whether you’re doing so either on a home network or with an open Wi-Fi network at a public place, having an extra layer of protection with real-time scans could make the difference in whether you get scanned by malicious actors, scammed by internet fraudsters or spammed by web ads, potentially chock-full of malware. Practicing abstinence from illegal sites is clearly the best way to go; but even if the site is a valid, mature, consenting partner, using protection is a good idea.

Also Read: Importance of Cybersecurity in the 21st Century!!

Not Even The Coronavirus Can Pass This Security System