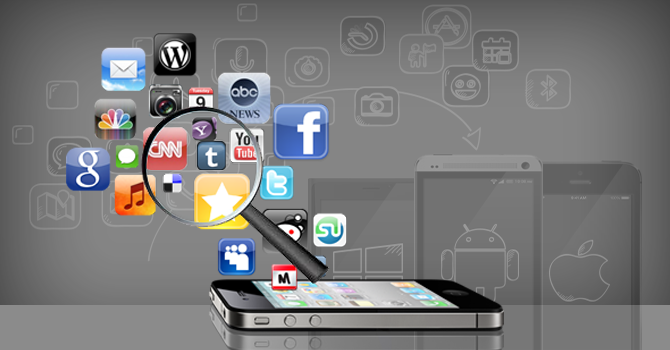 Smart phones have ushered in a new era of mobile application development. Today, there are mobile applications which perform an array of functions that help simplify our day-to-day chores. With a smart phone in your hand, you can pay your bills online, book tickets for your favorite movie’s prime-time show, watch videos online, play games and much more. But, what makes these applications that run on the smart phones function smoothly? It is only because they are tested to perfection.

So, What Is Testing?
Testing is a crucial part of any mobile application development process. It involves reviewing several aspects of an application, such as functionality, quality user experience, social network integration and more. A mobile app is developed by keeping certain set of goals in mind and for it to be successful; it should meet those basic requirements of the user.

Today, mobile applications are developed on several platforms, such as Android, iOS, Windows Mobile, Blackberry and more. There are basically three types of mobile apps, namely hybrid, native and web-based. Moreover, there are four ways to test a mobile application:

JUnit is an open-source unit-testing framework. Such type of framework tests a unit, which is the smallest part of an application. A unit represents individual parts, such as functions, procedures or interfaces within an application. JUnit is useful for identifying bugs or program errors inherent in software applications. It is widely used by the testing community for testing the performance of Android and iOS mobile applications.

The Android Testing Support Library is a robust framework for testing Android apps. It offers a set of application programming interfaces (APIs) that lets a user write and run test code for Android apps, including JUnit 4 and functional user interface (UI) tests. It consists of test automation tools, such as

The Mobile Testing Framework (MTF) is an open-source project powered by Gitorius to automate graphical user interface (GUI)/System testing for iPhone/iPad applications. The framework is based on the automation software tool named Sikuli, which allows interaction with (UI) user interface with python scripts and screenshots.

Appcelerator is well-known for its open- source software development kit (SDK) called Titanium for cross-platform, mobile development. It also offers Titanium-Jasmine which serves as a framework for testing Appcelerator’s Titanium mobile applications. The framework is based on Jasmine, which translates JavaScript into native code. Titanium-Jasmine integrates both Jasmine and Titanium Mobile to allow testing iOS and Android applications.

Testing with Frankk is an automated framework which enables test developers to write and execute structured text tests or acceptance tests/requirements using Cucumber. It is ideal for writing tests for Mac and iOS native apps. Besides, it offers numerous features, such as

Calabash is a cross-platform testing framework, which is useful to check the functionality of Android and iOS mobile applications. It is a user interface (UI) testing framework which allows test code developers to write and execute automated acceptance tests on Android and iOS mobile apps. Calabash allows automated acceptance tests written in a software tool called Cucumber, which runs in a behavior-driven development (BDD) style. Moreover, Calabash offers continuous integration (CI) solution while testing in a test cloud.

Also Look: 5 Ways You Can Grow Your Business With A/B Testing

MONKEYTALK is a popular testing framework for native, hybrid and web-based applications as well as simulators. The framework automates functional, interactive tests for iOS and Android mobile applications. It offers several features, including

Telerik allows writing automated tests across multiple browsers for Android, iOS and Windows apps. It is a strong testing framework which enables reusing test codes across various platforms, browsers, operating systems and devices. Its framework lets a test developer to write codes in JavaScript and offers ‘Behavior-Driven Development’ feature. Moreover, it is quite convenient to download its supporting application building tools from App Store and Google Play.

Conclusion:
A lot of thought goes in to the making of a mobile application, keeping in mind its global reach as well as scope for innovation depending upon the changing trends in the developer and consumer market. Test case developers employ rigorous methods to determine whether a mobile application is fit for use or not. They also ensure if a product will continue to generate revenue and attract attention in the long-run.

With the rise of more avenues and platforms for creating and releasing mobile applications, testing has become a crucial aspect of the development process. But, most test case developers find it difficult to scout for the right testing frameworks and testing tools to get their job done properly. Hence, I have written this blog post to help application testing professionals in choosing the right resources from the bunch of other phony products.

In case, you are aware of any other testing frameworks other than mentioned in the list, you can definitely let everyone know by posting in the comments section. Till then, signing off.