An Evolution Of Artificial Intelligence

It’s been over 100 years since the very first computer resembling today’s modern machine was created. Over time, a lot of people have repeatedly asked an important question, “should we use computers?” Well, in the last few decades the answer was clear but now, a similar type of question has emerged “should we use Artificial intelligence & Machine Learning?”

Answer to the first question is obviously yes; and for the second question, the majority of the people are in favor and a few thinks it will lead to more destruction than any good. All those in favor think AI has the potential to completely change different sectors as a whole. It promises several benefits, no matter whether you belong in healthcare or banking or retail or finance or transportation or any other field. But since the term “Artificial Intelligence” was coined for the first time, it has been constantly evolving!

Though for some who are not good with computers or programming, the history behind Artificial Intelligence may be dense and impenetrable subject but if you’ll dig deeper, it’s not that complicated. Contrary to all the beliefs, it’s actually a lot more simpler & fascinating.

Read More: Trends in Artificial Intelligence and Machine Learning to Look for?

In this article, we will go way back in the year 1929 when the very 1st robot was created by Japanese professor M. Nishimura. After this, several other events occurred such as Turing’s test, LISP programming, A.L.I.C.E, LSTM, Deep Blue (1st chess-playing computer that defeated reigning world champion), Self-Driving Car, Siri, Google Voice Assistant & several others.

Have a look at the evolution of Artificial Intelligence infographic for a better idea! 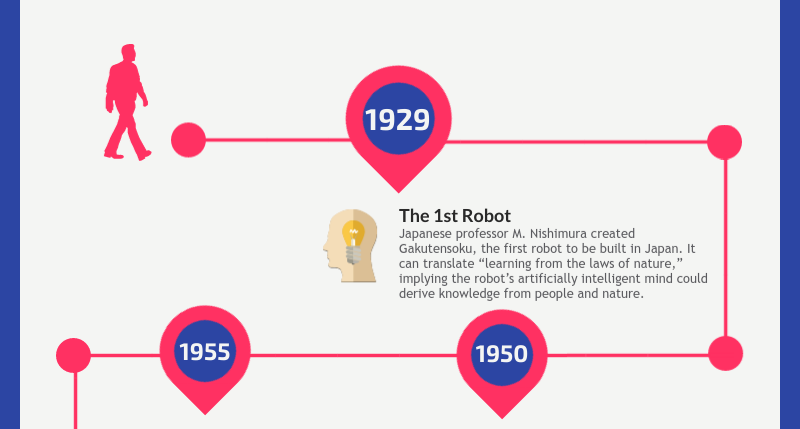 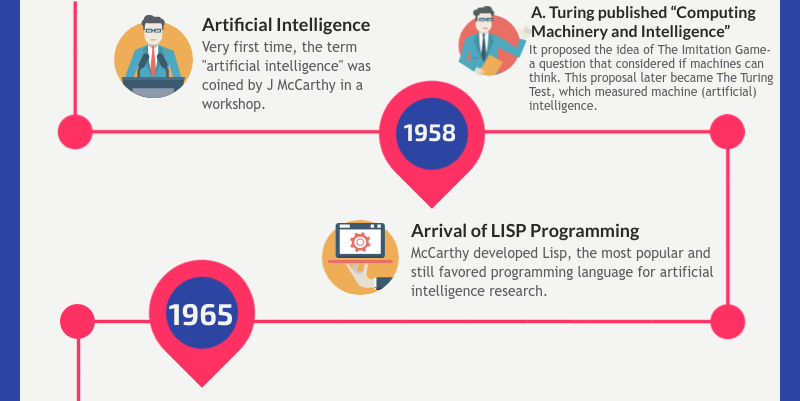 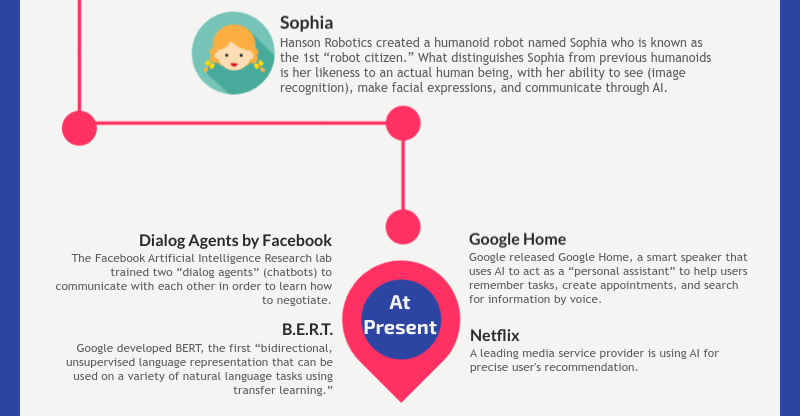 AI and Machine Learning: How Does The Future Look?

Can ‘LAWs’ Turn Out to be Law-Breakers?

Text and Drive? Not a far-fetched reality anymore!

How Machine Learning Can Secure The Internet Of Things?

How Smart Contract can Make our Life Better?

How Do You Scale Up A Mobile-App Based Startup?